Why music affects us:

Book Review: The Unexpected Everything by Morgan Matson

Creepy Short Films to Check Out

glasses up, glasses down, glasses to the front, chug it down

5 Things I learnt when moving across the world

Making up a story

Why music affects us:

"I think music in itself is healing. It's an explosive expression of humanity. It's something we are all touched by. No matter what culture we're from, everyone loves music."-Billy Joel

Music is something that we can't avoid, it appears in our daily routine sometimes without us knowing. The echoes of the busy life that we live, the sirens and beebs of the city. But what are the effects of the “tunes” that we listen to, the psychological buzz that we get when our favourite songs appears on the radio. The expansion of the mind as we pick up musical talents and sadly the negative effects of influential music genres such as Rap and Hip-hop in our society. Expansion of the mind

It is said that learning an instrument cannot just improve our musical abilities but also it can improve our visual and verbal skills. A study found that children who had music classes developed higher verbal IQ and visual abilities than their peers who had not. This shows that the benefits of learning an instrument is greater than just musical ability.

Music can help with the stress and anxiety linked having treatment for coronary heart disease, listening to music can help to reduce heart rate and blood pressure . 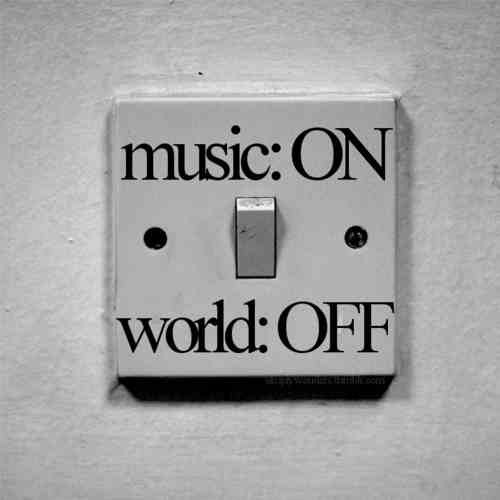 “…the sad music was perceived to be more tragic, whereas the actual experiences of the participants listening to the sad music induced them to feel more romantic, more blithe, and less tragic emotions than they actually perceived with respect to the same music.” -spring

I have done various amount of research on this topic and found a phrase that really interested me “Why sad music lifts you up”. It is because it generates a mix of different emotions, due to the fact that the emotions that we experience in everyday life are more harmful to us than in sad music “we can even enjoy unpleasant emotion such as sadness.” –Spring

"There is a possibility that music may also have negative effects upon impressionable young minds."- teenink

"Certain types of music or more specifically, [music with] violent lyrics, are believed to have a negative impact on adolescents" - teenink

Observers of rap and hip-hop have concluded that the music  can sometimes objectify  women and promote gang violence. Studies done over the  years have stated that teenagers who listen to rap music are more likely to have babies and engage in dangerous sexual behaviour.

Personally , I do not believe that the whole genre of Hip-hop and rap can have such a negative effect on teenagers however I do understand that generally the younger you are the easier you are influenced by your surroundings.

How has music affected you?

Teen Depression | Treatment | What to do | How parents can help

Why White Pride Does Not Exist

The Pros and Cons of Being Exposed to the Internet