Vegan For The Holidays: 5 Ways to Celebrate the Vegan Lifestyle This Christmas

Feeling the meaning of the word decadence, on my skin

The End of Days?

No Witness but the Moon, by Suzanne Chazin

This Type of Woman Is Gold

13 December 2001, The Black day of Indian democracy. When the temple of democracy Indian parliament was facing the terrorist attack.

On 13 December 2001, 9 terrorists infiltrated the Parliament House in a car with Home Ministry and Parliament tags. While both the Rajya Sabha and Lok Sabha had been adjourned 40 minutes prior to the incident, many MPs and government officials such as Home Minister Lal Krishna Advani and Minister of State for Defence Harin Pathak were believed to have still been in the building at the time of the attack. More than 100 people, including many politicians, were inside the parliament building at the time. The gunmen used a fake identity sticker on the car they drove and thus breached the security deployed around the parliamentary complex. The terrorists carried AK47 rifles, grenade launchers, pistols, and grenades. Delhi Police officials claimed that gunmen received instructions from Pakistan and the operation was carried out under the guidance of Pakistan's ISI.

The gunmen drove their vehicle into the car of the Indian Vice-President Krishan Kant, got out, and began shooting. The VP guards and security personnel shot back at the terrorists and then started closing the main gates of the compound. 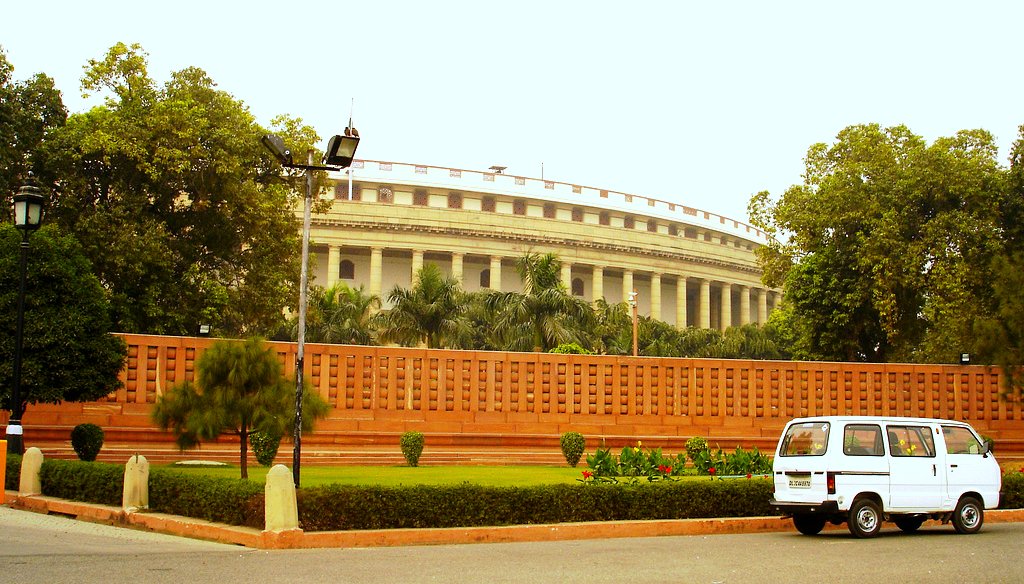 The perpetrators were Lashkar-e-Taiba (Let) and Jaish-e-Mohammed (JeM) terrorists behind this attack. The attack led to the deaths of 5 terrorists, 6 Delhi Police personnel, 2 Parliament Security Service personnel and a gardener, in total 14.

Indian government initially accused LeT and Jaish-e-Mohammed of involvement in the attack. However, Lashkar-e-Taiba denied any involvement in the incident.In November 2002; four JEM members were caught by Indian officials and put on trial. All four were found guilty of playing various roles in the incident, although the fourth, Afsan /Navjot Sandhu, wife of Shaukat Hussain (one of the accused) was found guilty of a minor charge.

One of the accused, Afzal Guru, was sentenced to the death penalty for the incident. The sentence was scheduled to be carried out on 20 October 2006, but Afzal was given a stay of execution and remained on death row. But on 3 February 2013, his mercy petition was rejected by the current President of India Pranab Mukherjee. He was hanged at Tihar Jail in New Delhi around 08:00 A.M. on 9 February 2013, and buried in Tihar jail with full religious rites.

Read My Blogs at mohitgroverrajneeti.wordpress.com