A Culture Preserved Through the Ages: Itchiku Kubota’s Kimonos and the International Chodiev Foundation

How to Choose the Perfect Winter Coat

All that You Need to Know About Garrett Ace 400

Swap Pricey Tourist Traps for These City Breaks in 2019

The Future of TV and Film

Australia, precisely Melbourne, is an astonishing place for tourists. The country is known for its appealing landscapes and wildlife reserves. Tourism has a fair share in the economy of the entire nation. It is about three per cent of the total revenues that Australia generates every year.

Unlike some other metropolis is Australia, Melbourne has a rich history. Founded in August 1835 by the British settlers, the city initially was a colony of New South Wales. It was in 1837 that it was named ‘Melbourne’ by the then Governor of New South Wales.

To have some quality time in the city, you can follow the tips mentioned here. Melbourne has something for everyone.

It is an Australian National Heritage listed road along the south-eastern coast of Australia. Being a stretch of around 250 kilometers between the Victorian cities of Torquay and Allansford, it takes a couple of hours to be explored.

Rather than doing it yourself, take a tour. This way, you will be able to see the entire thing without the stress of driving. If you prefer to drive the car, make sure you complete the trip before it gets crowded.

35th Floor of the Sofitel

There’s a skyscraper in Melbourne from where you can enjoy the view of the entire city in exchange for like 20 bucks. Then there is the Sofitel hotel where you can have food and also watch the whole city from the public toilet on its 35th floor.

While there’s no replacement for the view, but this is not the only restaurant Melbourne where you can have food. There are certainly other places where you get the yummy food to surprise your tummy.

When in Melbourne, you cannot afford to miss this piece of history. It is in the Dandenong Ranges National Park at Mt. Dandenong. Originally, the steps were made of trunks of tree ferns but were later replaced by those of concrete in the year 1950. This was done to make it make it easier for travelers to walk on them.

Before starting the journey, get yourself a bottle of fresh water and a trainer. Along the walk, there are 14 plaques that represent the similarity of the first 100 meters of the Kokoda Track; one which is in Papua New Guinea. No matter whether you are interested in it or not, you will undoubtedly love the place.

Besides all the other beautiful locations, this one also makes Melbourne a favorite among the tourists. The city has one of the world’s greatest street art capitals where unique expressions of art are displayed on the approved outdoor locations.

When you are finally there, gaze at every corner of the place to experience the beauty, and talent of localities. Look up, look a little deeper, look around, and you will see street art all around the pavement.

Located in St Kilda, it is a historic amusement park in the city of Melbourne. Since its opening in December 1912, it has been operating continuously. This is the first of all the five Luna parks that were built in Australia. Only two of these five are operating; one in Melbourne, and the other in Sydney. 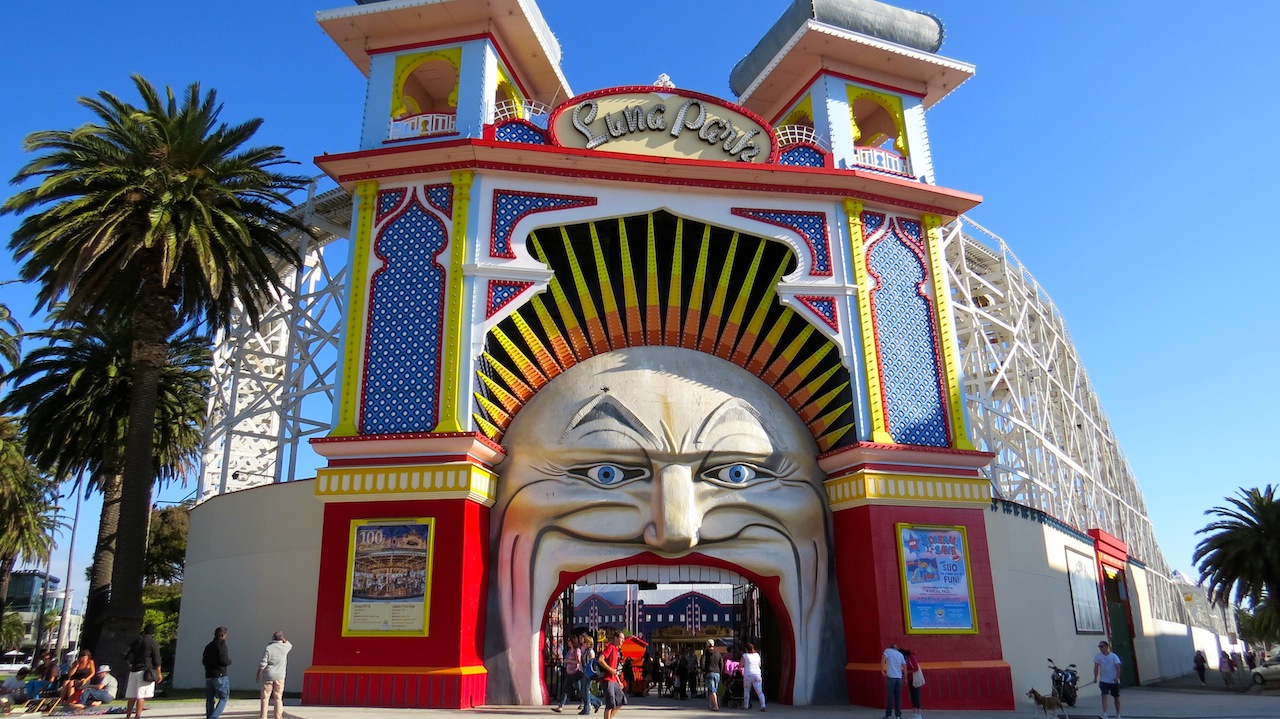 From heritage listed attractions to thrilling rides, Luna Park in Melbourne has got it all. It also has a range of function rooms to hire and has venues for weddings, Christmas party events, and kid’s parties.

Because of its high ranking in the fields of education, healthcare, tourism, entertainment, research & development, sports, Melbourne is considered the most livable city in the entire world. With so many lactations and things to explore from, one can find a lot of things of his interest. No matter which season you visit, you will certainly have a jaw-dropping experience in the city. Not just the city of Melbourne, but the entire country is full of places and things you might not get to see anywhere else in the world. Pack your bags and get ready for the memorizing trip to Melbourne, purchase a travel insurance policy to have a hassle-free trip.