10 Things About Being Petite

The Only Thing I Know

The Beauty of Walking

Reflecting on Day 11 of Writing Daily

The Separation of Church and State

The Importance Of Disconnecting

We Are the Dreamers of the Dreams

Detox Diets – Are They Effective Or Are They A Scam?

Hayley Kiyoko is an American actress and singer- either you know her from her portrayal of Velma in the Scooby-Doo movies and her role in Disney's Lemonade Mouth, or you came across her popular single 'Girls like Girls'. I hadn't heard of Kiyoko until discovering this music video on YouTube, telling the story of a romance between two teenage girls. Highly impressed, not only by the portrayal of sexual exploration and LGBT+ relationships, but also how brilliant the song was, I soon became a fan of Hayley. 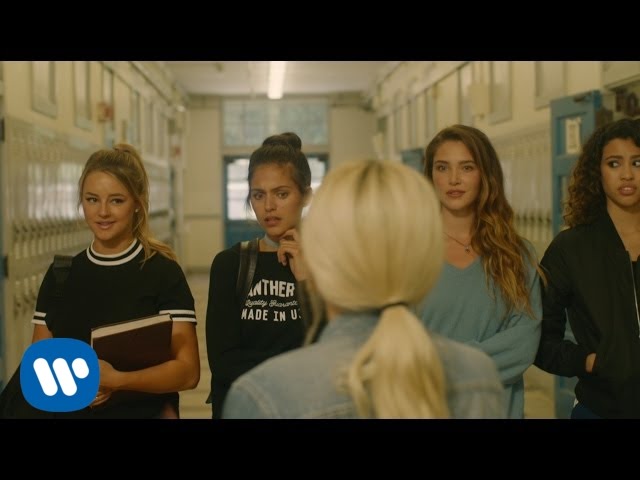 Hayley's music is incredibly unique, although it is classed as pop music, it doesn't have that generic sound like many pop tracks do- her new song 'Gravel To Tempo' has an electronic vibe about it, which pairs beautifully with her soft voice. I've never seen her in any of her movies, but judging from her performance in her music videos, I have no doubt she is an incredibly talented actress, and Kiyoko herself has that unconventional beauty that is so rare these days. Her latest video was only released this month, and has already amassed nearly half a million views on YouTube. The video is open to interpretation, but it appears to be showing Hayley's experience growing up and developing attraction to other girls. However it seems despite the confusion of questioning your sexuality, the video show's Kiyoko accepting herself even though she isn't in a relationship, which I believe is such an important message for young girls to hear- no matter what their sexuality.

As far as I'm aware, Hayley hasn't openly talked about her sexuality or labelled herself, although it is rumoured she identifies as bisexual, and in her music video for 'Cliff's Edge' she is seen getting very intimate with Sonya Esman. However I applaud Hayley for not publicly labelling herself, as nowadays there's so much pressure on all of us to define ourselves, but it's not actually necessary, and at the end of the day, we're all fluid and no one can be confined to one label. Besides the speculations over Hayley's sexuality, 'Cliff's Edge' is a brilliant music video, showing the ups and downs of a lesbian relationship, which I think normalises LGBT+ relationships as it proves that they are just the same as heterosexual romances which have their high points and low points. Hayley also directed this video which shows the extent of her talent, and it reinforces how personal her songs and videos are to her, unlike many other pop artists who don't even compose their own songs.

Hayley's most well known single is 'Girls like Girls' which I mentioned earlier. As a gay teen, I strongly relate to this video, and no matter what your sexuality, anyone can see that this video is heart wrenchingly beautiful. It shows two girls (played by Kelsey Chow and Stefanie Scott), one whom has a boyfriend, fall in love and eventually become an item. Not only is the song brilliant, but I've never seen an artist so accurately portray a gay relationship, and produce music that is so relatable to the LGBT+ community. I really believe that Hayley is such an inspiration, and I think her music will help young members of the LGBT+ community. I'm so glad that there's artists like Hayley in the world.