Coffee Around the World

I SHOULD HATE YOU

One Year Ago Today...

Parents, before I had kids I judged you. I'm sorry.

IS SELF LOVE MAKING US SELFISH?

The Crazy Things We Did at Tatlong Pulo

Coffee Around the World

Weak and watery, thick and full of grounds, with cream, without sugar - the list goes on and on.

You can prepare coffee a thousand ways - french press, drip, keurig cups, on the stove - and you can add a thousand toppings to coffee - just look at the Starbucks menu.

Cultures around the world have varying traditions when it comes to coffee, and I thought it'd be cool to explore some of them.  This drink is something almost every culture has in common, and like language, each culture has put their own spin on it and has made it their own.

Australians are known for creating & drinking flat whites.  What is a flat white?  First, a single shot of ristretto-pulled espresso is poured into a mug.  It is topped off with steamed whole milk, creating a "microfoam" on the top. 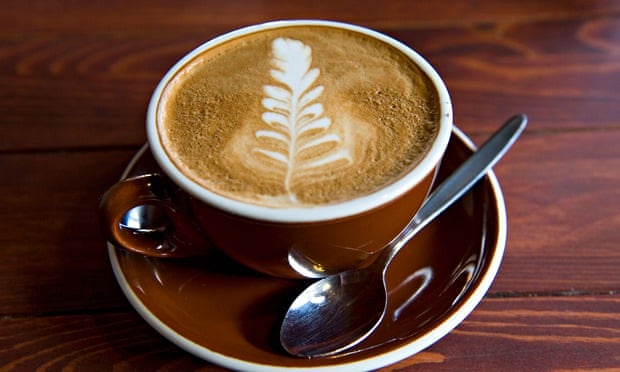 Austrians drink double espresso topped with dollops of "schlogobers," which is another word for whipped cream.

Chile has a custom called "Café con piernas," which translates to "Coffee with legs."  These words come from the tradition of women wearing mini-skirts and high-heels serving coffee for men.

Ethiopians use a machine called a "Buna" to make their coffee.  With the Buna, they make a drink called "Spris," which is a 50/50 mixture of coffee and tea.  They top the Spris off with a spoonful of sugar.

Finland created an interesting (to say the least) coffee creation.  They drink what is called "Kaffeeost."  To prepare Kaffeeost, you put a couple of cheese chunks (the stinky kind) at the bottom of a mug.  Then, you pour hot coffee over the cheese and fill the mug to the top.  You're supposed to first drink the coffee, then eat the melty cheese at the bottom - a one-cup meal.  Weird, right?

Germans have this drink called "Eiskaffe."  To prepare, plop a scoop of vanilla ice cream at the bottom of a mug, then pour hot coffee over it.  Top with whipped cream and shaved chocolate.

Grecians are known for "Ellinikos Kafes."  Kafes is prepared in many different ways, but it is always boiled in a briki pot, topped with sugar, and served with a cold glass of water.

Hungarians call coffee "Fekete leves," meaning "Black soup."  They prepare their coffee strong and with lots of caffeine.  So if you're in need of a major pick-me-up, try making a cuppa the Hungarian way.

Coffee Iraq is flavored with cardamom, secret spices, and sugar.  It's also served in teeny-tiny cups.

Italians living in Napoli have a tradition called "Caffé sopreso," meaning "Suspended Coffee."  Basically, you buy two coffees and only drink one.  The second coffee is left for someone else.  A Sicilian coffee drink is called "Caffé d'u parrinu," which is a thick cup of coffee served with cocoa, cinnamon, and cloves.

Kenyans drink "Kahawa Chungu," which is a bitter, intense coffee flavored with cinnamon and cardamon.  Because this coffee is so bitter, it is served with dates or "Haluwa," a sweet dessert.

Mexicans stay simple with their coffee.  Many drink "Café con leche," which is basically strong coffee with scalded milk.

Moroccan coffee is highly fragrant and called "Café cassis," which is blackcurrant coffee.  Many drink "Nous nous."  To prepare, pour frothed milk into a mug and drip espresso on top.

The Portuguese drink "bica," which is simply espresso and sugar.

Singapore coffee is called "kopi-c," which is thick coffee.  The beans in their coffee are roasted in margarine.  The finished cuppa is topped with sugar and evaporated milk.

Swedes have a traditional "fika" every day.  Fika translates to "break."  Every day, Swedes take a relaxed coffee break to socialize, drinking "Kokkaffe," which is boiled coffee.

Coffee in Turkey is pre-sweetened, dark, and thick.  Sugar is added before the brewing process, and the finished cup is served in a tiny cup.  The coffee itself is filled with grinds and has a thick foam at top.  It is not to be topped with milk.  A sludge forms at the bottom of the cup that is traditionally used for fortune telling.

Vietnam is famous for their "Kopi Luwak," which is civet coffee.  Basically, partially-digested coffee beans are eaten and defecated by a civet (an animal), then ground into coffee... Somehow, civet coffee is one of the world's most expensive coffees, selling for as much as $700/kilogram. And those are all the countries I looked into today.

What other countries I should look into?

How do you drink your coffee?

Have you ever tried any crazy coffee combinations?

Check me out at Geauxgeeg.com for more!

America Runs on Dunkin', but should it?