DEPRESSION; A NO RESPECTER OF PERSONS

UNDERSTAND HOW THE WORLD IS?

God Lives In The NOW!

Toss, Turn on, leave and yum!

DEPRESSION; A NO RESPECTER OF PERSONS

On Friday 24th February, I read a sad story on one of the online news portals in Ghana that, a first-year student of the Kwame Nkrumah University of Science and Technology committed suicide. According to reports circulating, the 18year old girl allegedly committed suicide because she failed one of her courses and couldn’t deal with it. 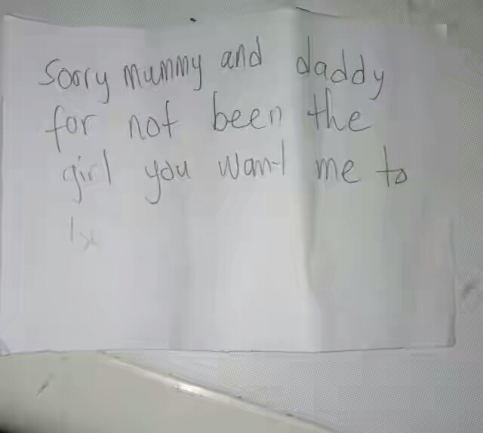 The note she allegedly left behind

She left a note behind for her parents that read “Sorry mummy and daddy for not been the girl you want me to be”.

I was bewildered when I first read the story. I told my friends I’m sure there’s more to this because,  there is an option for her to re-write the failed paper and also, she has 6 more semesters to patch things up. Another friend blurted “That’s stupidity on her part”.  Someone also commented, “her upbringing might not have made her strong enough to weather some storms of life such as this”. Some Christian folks also argued that if she had a strong faith in God, this calamity would have passed over her. When instances like this happen, it is usually attributed to depression.

After careful thought, I came to the realization that, depression is an enigma which is hard to preempt or even realize. Based on the Christian folk’s argument, I decided to study the life of some servants of God in the Bible and I came to the inevitable conclusion that, Depression is a no respecter of persons.

Elijah was one of the powerful prophets in the Bible. Elijah could decree that there shall be no rain and it came to pass that there was no rain (1 Kings 17:1). He prayed to God and the son of a widow got healed (1Kings 17:21). He built an altar, prepared a sacrifice and commanded fire from heaven to consume the burnt offering (1 Kings 18:32-38).  He 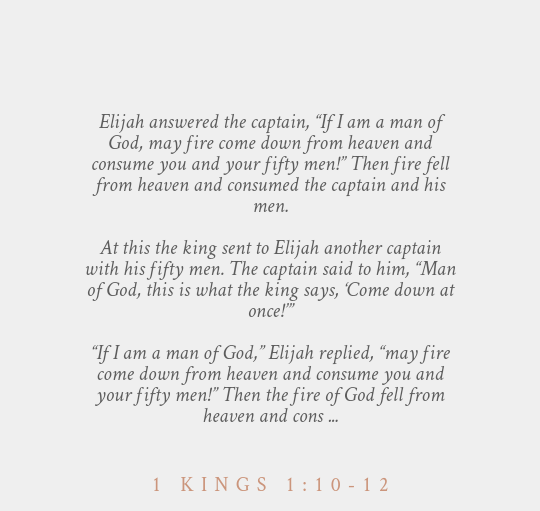 commanded fire from heaven to consume the messengers of the king of Samaria on 2 consecutive occasions (2 kings 1:1-14). He used his mantle to smote the waters of Jordan and it divided to create a dry land for him and his entourage to pass through 2Kings 2:7-8.

One would think that the supernatural mind-blowing exploits Elijah exhibited could shield him from the pressures of life not to talk of being discouraged to the extent of being depressed. Ironically, something interesting happened in 1 Kings 19 “And Ahab told Jezebel all that Elijah had done, and withal how he had slain all the prophets with the Sword. Then Jezebel sent a messenger unto Elijah saying, so let the gods do to me and more also if I make not thy life as the life of one of them by tomorrow by this time”.

And when Elijah saw that, he arose and went for his life and came to Beersheba which belongeth to Judah, and left his servant there. But he himself went a day’s journey into the wilderness and came and sat down under a juniper-tree: and he requested for himself that he might die; and said, “It is enough; now, O Lord, take away my life; for I am not better than my fathers”. Then he lay down under the bush and fell asleep.

All at once an angel touched him and said, “Get up and eat.”  He looked around, and there by his head was some bread baked over hot coals and a jar of water. He ate and drank and then lay down again.

The angel of the Lord came back a second time and touched him and said, “Get up and eat, for the journey is too much for you.” 8 So he got up and ate and drank. Strengthened by that food, he traveled forty days and forty nights until he reached Horeb, the mountain of God.

Moses was another servant that walked in the power of God. He encountered God via a burning bush and was sent to pharaoh to deliver the Israelites from Egypt. While on this mission, he smote the rivers in Egypt and it turned into blood, stretched his rod toward heaven and the Lord rained hail and fire upon Egypt. He parted the red sea, smote a rock and water came out, received the 10 commandments from God, shone in His glory and even saw the backside of God. 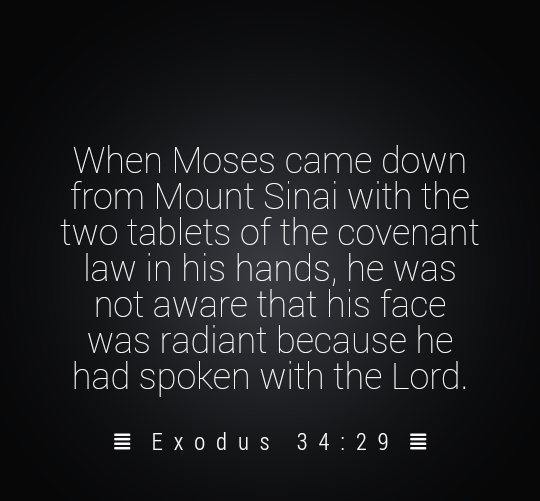 One would think that upon all these encounters Moses had with the supernatural, he also was above discouragement but it was not so.

When Moses couldn’t cope with the demands of the Israelites, he asked the Lord, “Why have you brought this trouble on your servant? What have I done to displease you that you put the burden of all these people on me?  Did I conceive all these people? Did I give them birth? Why do you tell me to carry them in my arms, as a nurse carries an infant, to the land you promised on

oath to their ancestors?  Where can I get meat for all these people? They keep wailing to me, ‘Give us meat to eat!’  I cannot carry all these people by myself; the burden is too heavy for me.  If this is how you are going to treat me, please go ahead and kill me—if I have found favor in your eyes—and do not let me face my own ruin.” (Numbers 11:11-15)

These two characters are people who have walked in tremendous power of God which I doubt anybody in our generation has experienced. Ironically, they bowed to fear and pressure at a point in their lives and forgot about the exploits they did. They were depressed and had to beg God to take away their lives. The underlying fact is, no matter how strong some people look or we think some people are, there comes a time when they break down. Most at times when a person commits suicide, people say if only they had someone to express their fears and worries to, they wouldn’t have been depressed to the extent of attempting suicide. I’m sure the likes of Elijah and Moses had close allies they could have expressed their fears and worries to. Why did they bypass humans and had to cry out to God? I guess it’s either the people around them couldn’t relate with what they were encountering, didn’t have the capability to help solve their problem or they weren’t receptive enough to be approached with problems. Their last resort had to be God who always gave them a listening ear, understood them, was accommodating and also had the ability to solve their problem.

There are times as humans, we go through challenges that people around us can’t relate to. It’s either because they’ve not experienced it before or they just don’t have any idea about it. I’ve always argued that Christianity has become very superficial to the extent that, most Christians don’t know how to relate to each other effectively as humans. The most talked about topics is salvation, evangelism, heaven, hell, and sin (NB: These are equally very important) but the art of building people up is also important.

When Elijah and Moses wanted God to take their life, he gave them respite thus making them forget their suicidal thoughts.  Do we also have a God that can make a way out for people who are depressed? Absolutely yes!! Aside from God almighty, our parents, elderly in society, opinion leaders, teachers, religious leaders, counselors etc can play Godly roles in our lives in times of depression. Let’s ask ourselves whether these people are playing their roles or even playing them effectively. The suicide rate among the youth would help you answer this question.  Unfortunately, most people who should play God in times of depression in our lives don’t even know much about us. They are so busy with their lives to the extent that they don’t forge cordial relationships with us. They scold us when we commit the least mistake so we are made to believe mistakes are bad. When we express our feelings through tears, we are made to believe crying is for the weak. As a result, we bottle up our pains and put on fake smiley faces to make people believe we are strong and buzzing. How do you expect someone who is depressed to show symptoms if those symptoms are perceived to be a sign of weakness?

Most People who are supposed to play God in our lives in times of depression have failed us. They’ve killed us with their archaic and wicked ideologies even before suicidal tendencies start manifesting. It’s time they rethink some of their beliefs and ideologies. It’s time the church starts focusing on building people more rather than channeling all their energies into building physical structures. It’s time some parents stop using their wards to accomplish their failed life goals and give their wards some slack to make some major life choices. It’s time our schools start training students to pass the tests of life rather than focusing solely on helping them pass exams to get certificates. Its time society as a whole starts treating depression as what it is and not what they perceive it to be.

For more articles, check out my  blog.

12 WONDERFUL WAYS TO BREAK THE CHAINS OF DEPRESSION