Do you feel tired?

But I Thought This Was a Christian Nation?

The Male Opinion of Fashion

A Warm Welcome! My Readers...

Did you know that Palm Wine was an actual thing?

Heaven (poem by me)

Do you feel tired?

Take my yoke upon you and learn from me, for I am gentle and humble in heart, and you will find rest for your souls. Matth 11:29

My parents have never divorced, but when I think back on my childhood, I cant remember my father ever being an active part of my childhood. All my memories are of myself and my mother, he was just that man I called father who came home from work and fell asleep in his chair after eating dinner before going into his office to work again.

I know my parents struggled to make ends meet. So I know he worked hard to provide for us. And he managed to provide for us, we never missed a meal and we always had a roof over our heads. So it is fair to say our needs where met as a child. But if I had to choose between missing a meal and hearing my father telling me he loved me, I would easily have chosen to miss a meal.

My father has struggled with depression as far back as I can remember, even from before I was born. Some people use drugs to handle their depression, for my father it was work. If he worked and was active he could handle his depression. But the consequences was that he never could relate to my brother and I on a personal level and tell us he was proud of us.

Well that is not exactly true, I remember a time he could relate to me. Until I was 5 years old I felt like the apple of my fathers eye. He would come home from work and he would play with me until he fell asleep. But when I was 5 years old his mother died and things changed.

I can still remember when it happened. At the time we did not have a phone at our house, so his siblings called our neighbour and they came over to our house to give the message. My father was playing with me on the floor when it happened, and we had a great time when the doorbell rang. I dont remember everything that happened next, but I remember my father coming back from our neighbour crying. I was just 5 years old, and I loved my father. So I went over to him and asked him to come back and play with me. He reacted in anger and yelled at me. I do not think he ever forgave me for that, because this changed our entire relationship.

For the next 15 years he was absent and silent. When he spoke he told me what was wrong with me and how I never could amount to anything. And when he was retired and could no longer work, his depression got a hold of him in a very bad way. He started verbally abusing my mother and me to a point where I could no longer take it and I moved out of the house when I was 20 years old.

From that point on everything just took a turn for the worse and at one point he became so verbally abusive it started affecting my marriage. So to protect myself and my wife I had no choice but to cut all contact with my parents. The last time I spoke with them 5 years ago he was sinking deeper and deeper into depression and the verbal abuse was increasing. I saw how my mother suffered from it but she refused to do anything about it. She accepted it and she wanted me to accept being abused by him. But I took a stand and said no more and cut of all contact with them.

As far as I know they are not saved, and I pray for their salvation every day. But I have to protect myself and my wife from his abuse. 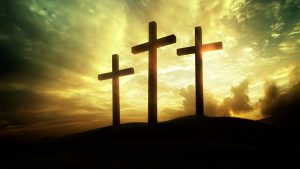 Life is not fair sometimes and it leaves wounds that affects us. My fathers depression and anger towards me as a 5 year old boy affected me for years. I struggled with depression and low self esteem because of it. And it was very difficult to believe in a loving God when I was used to a father who never spoke except to tell me what was wrong with me. It made it almost impossible to believe God cared about me and my situation.

As a young Christian I knew I had to do something about this. I knew I needed inner healing. After trying everything from positive self talk to confessing scriptures and christian counseling I was stuck at the same place as before. And I had a real hard time forgiving my father, reliving the hurt from the past is never a good way to forgive anybody.

What are you struggling with? What are the wounds you are carrying from your past?

Being a part of this world guarantees one thing, it guarantees people will sin against you and hurt you. People will lie to you, steal from you and sin against you. And it will hurt, sometimes it will hurt so bad you will be convinced you will never get over it. I am sorry to have to tell you this, as long as you are breathing, I can guarantee it will happen again, and again, and again.

But I can also tell you there is a road to victory, a road that ensures healing of past wounds and future hurts. A road that guarantees you will be able to forgive those who have hurt you. And the road is marked by a cross, the cross of Jesus Christ.

I do not know how old you are, but one day as a child you made the decision to hurt Jesus Christ. You did not know who He was at the time, but you knew it was wrong to lie. Even if you knew you should never tell a lie you chose to do it anyway. As you grew older it became more and more natural for you to hurt Him. You begun to steal things, not big things. But you took things that did not belong to you. You had grown from a liar into a thief. Each and every day your actions hurt and offended Jesus Christ.

This is what changed everything for me. It was easy to be angry at my father. It was easy to choose to be bitter, I had been hurt and abused mentally by him. His sin against me had affected my life in so many ways and given me so much hurt. But when I realised I had hurt and offended God everything changed.

I could not deny my own sin or the fact that I deserved Gods wrath. I had willfully chosen to lie, steal, and do things I knew would offend Him. But He loves me so much that He was willing to forgive my sin if I only believed that Jesus died for me.

How then could I be angry at my father or other people that had sinned against me? My sin against God is so much greater then my fathers sin against me. So there was suddenly no way I could withold forgiveness from my father when I had been forgiven myself. ( Matth 18:21-35)

I know there is a popular misconception in the world today that goes something like this: If you forgive it is as if it has never happened and you are to say it did not matter. But thats blasphemy. Look at the cross and the wounds of Jesus, look at the sufferings of Jesus on the cross for our sins, and you will soon understand it does matter and God never says it did not happen.

So when I chose to forgive my father and my parents, I did not say it did not matter. It hurt, but I chose to forgive anyway because of the cross. And by doing so I became free from the bondages of bitterness, anger, resentment and all other negative emotions that comes with being hurt and offended by other people.

There is another popluar misconception in the world that says forgiveness = trust. When people sin against you they are not always willing to repent of their sin. So the Bible says we are always to forgive, but we are not always to trust and have relations with them. Some people are so in love with their own sin they dont want to change. We are to forgive them anyway, but we can not trust them because they will sin against us again and again.

So when it comes to my parents I have forgiven them. But I have no contact with them. I have told them to contact me the day they are willing to admit to abusing me mentally and emotionally. So far that has not happened, so far they have denied everything and claimed to be perfect parents. So I choose to forgive because I have been forgiven, but I choose not to trust them and instead love them from a distance and pray for them.

Wounds caused by other peoples sin affects us. Healing and freedom from those wounds can never be found through positive self talk, confessions or reliving the hurt. It can only be found by choosing to believe Jesus Christ died for your sins. (Matth 11:29)

Faith in the cross will give us true rest for our souls.

Prayer To The Great Spirit #4

Prayer To The Great Spirit #3