Has the true meaning of Feminism been lost?

How to Stay Present in the Now

But It Is Important!!

Weddings - 5 Things You Should Know

Addiction of the Mind [Reposted]

Stop waiting to get noticed

Ode To The Early Riser

VINCENT CHIN: WHO WAS HE AND WHY WE NEED TO REMEMBER

Has the true meaning of Feminism been lost?

Gender equality is a goal many of us strive to achieve, and for a long time, feminism was seen as a movement pushing towards equality for women. However with any movement, there are extremists. The radical feminists are women who don't wish for gender equality, but to eradicate male supremacy. And then there's the other side of the story- the anti-feminists who see feminists as misandrists, or put simply: man haters. With all the controversy, feminism has been given a bad name, with many seeing it as a women only league attempting to essentially banish male authority. I do consider myself a feminist, but if you're one of the misandrists, then you can't. The definition of feminist is someone who believes in the social, political and economic equality of the sexes. But it appears amongst all the negativity, the true meaning of feminism has been lost. If a woman is anti-men, then how can she be considered a feminist? The entire feminist movement was designed to encourage gender equality, not turn one gender against the other. And of course the prejudice these women have against men is not going to help us reach gender equality, if anything, it will further the gap. I completely believe in equal pay and equal opportunities, and I'm so glad to see an increase in women in politics, such as Theresa May becoming the UK prime minister, and Hillary Clinton running for US president. However this doesn't mean I want the higher authorities to consist completely of women; I believe a mix of both genders creates the strongest government, and both genders are equally as skilled in the field of politics so there's no reason to discriminate against either of them. Hence why there should also be no wage gap, neither of the sexes are superior, so our wages should reflect this. But once again, I'm not stating men's wages should be lower than women's, as this would be misandristic. Also seeing as neither sexes are superior, there is no reason why a man can't be a feminist- it doesn't mean that he believes women are of a higher status than men, it simply means he believes women deserve the same opportunities he has. Feminism is about equality, and if you don't believe in that, then you aren't a feminist. 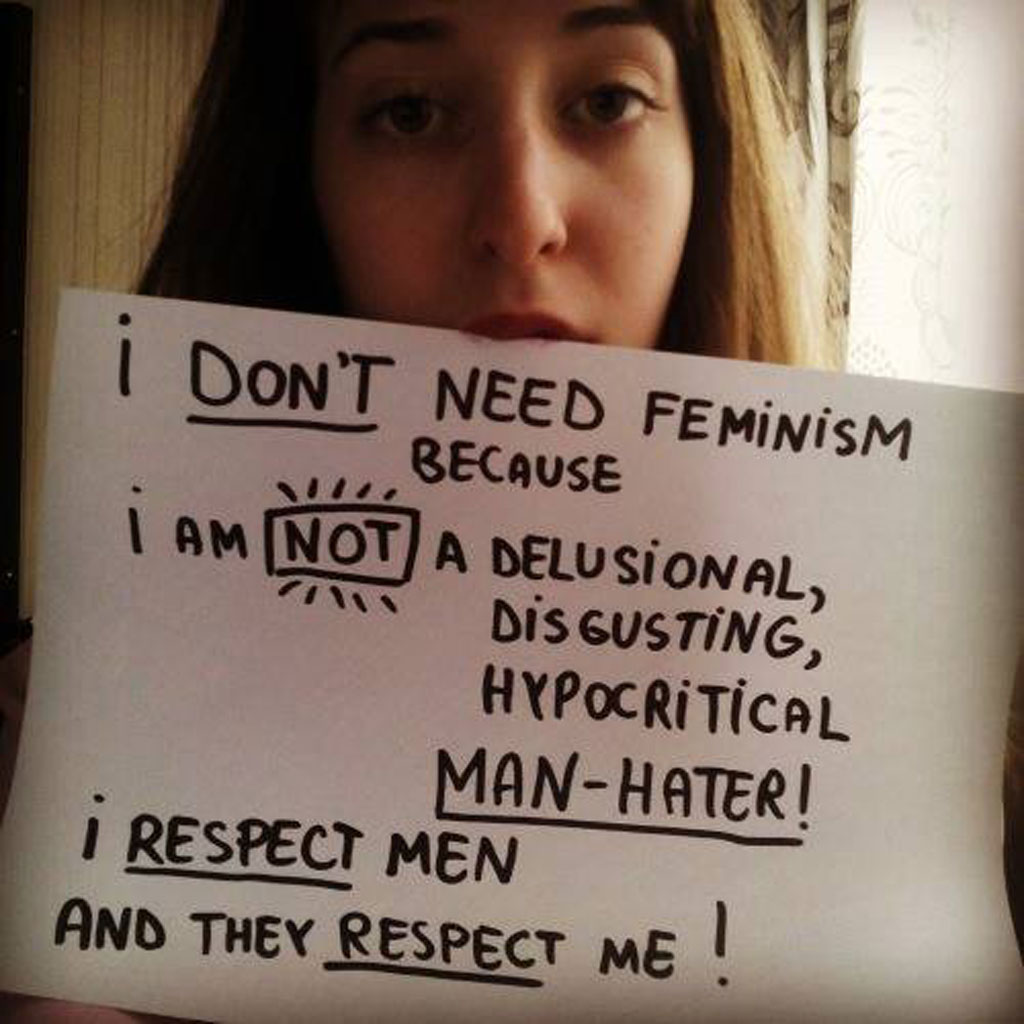 Then at the other end of the spectrum is the anti-feminists, or the Women Against Feminism movement. Some of their reasons are valid in my opinion, many say they do not feel oppressed and so why would they need feminism, which is understandable in developed countries. Sadly this isn't the case in many less developed countries where women are frequently subjected to predjudice and abuse, so clearly we still need feminism in places where equality is non existant. And still it has to be kept in mind that feminsim is not simply about making the female race stronger, but about changing the perception of women, which is important for all females across the globe. Many also say that they believe in equality, not the oppression of men. I believe in this too, but that's no reason to hate feminists, as true feminists do not believe in the oppression of men. The extremists are the reason feminism is viewed in this negative light, but we need to realize that there is a huge difference between these radicals and true feminists, and we need to understand how to distinguish between the two groups. Unlike the misandrists, I actually respect the anti-feminists views, as many of them are valid and clearly the majority believe in equality which I completely support. However supporting gender equality consistutes a feminist, the issue is that many don't understand what a true feminist is anymore. Therefore the anti-feminists have no reason to dislike a real feminist, only the misandrists.

It's blatantly obviously that the true meaning of feminism has been lost in our modern day, causing many of us to turn against each other. However whatever you class yourself as, I can only urge that we all push towards gender equality. Having a Y chromosome does not make someone evil and violent, and having two X chromosomes does not mean someone is uncapable. At the end of the day, there is really significant difference between the sexes, hence why all of us deserve equal opportunities. That's what feminism really stands for. And thats what we need to achieve.