Should You Buy Titan Watches Online? 3 Things to Consider

Is Alton Brown Kicking Off His Own Coffee Shop?

Budget phones are good for those on a tight budget, but that doesn’t always have to mean that the phone has to be of cheap quality. The Honor 6x may be cheap, but its definitely not going to feel cheap when you actually use the phone, even just looking at specs definitely shouts not cheap.

The Honor 6x is an all-in-all good package. Features a mid range processor, good battery, 1080 display and takes photos that stands out from the crowd.

There is one downside though, it uses Micro-USB, still? This might not be a problem for you but new phones come out with USB Type-C, even the budget phones, come on Honor.

The processor, Kirin 655 octa-core processor is capable of running many apps and even the loads of Chrome tabs you will have open. There are a bit of slowness if you decide to overload it with heavy duty games, but this problem is either a software or hardware issue…

The battery of the Honor 6x is remarkable. Packed with a 3,340mAh, this can keep you going for almost a full day, that’s if you don’t go crazy on the Pokemon Go(like that’s still a thing) or use the phone on its highest brightness level(it can go pretty bright). 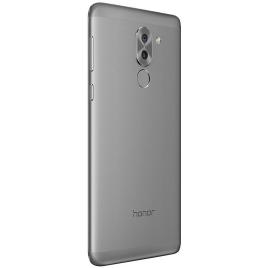 The Honor 6x has a really good camera system; packed with a dual rear-facing 12MP and 2MP camera bundle, both of which has a wide aperture range and shoots video at 1080p. The phone comes with different shooting modes;  set up time lapses, shoot light paintings, get close with its wide aperture mode to shoot those nice depth-of-field photos. With an 8MP front-facing camera, this is perfect for those selfie moments.

The Honor 6x comes with Android 6.0 underneath Huawei’s EMUI 4.1(which can be a pain cause of not having an app drawer, not to mention the cramped homescreen)

When thinking of a budget phone, you don’t always have to think the phone will be crap, Honor definitely proves this thought wrong. Oh, and the price, $249.99.