Reach for the Stars and Read this Book

Brownies that melt in your mouth 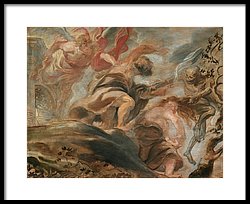 (Intermittent Waves Recorded from the Transformed Heart of a Woman)

Tanya was alright, but, she started looking even paler than usual. Hal tried to help by giving her some water. He hoped that she was good for a couple more hours of conversation. He looked at his background information about the world events that took place as a result of Putin and Graves scheming and trying to rearrange world politics. He had obtained the information from a popular bestseller, "What Putin Didn't Know and Couldn't Possibly Foresee (How the Iranians and North Koreans inadvertently helped bring democracy to Russia)."

Hal had made a condensed list of the timeline and events he found within the book.

All of these events had happened very quickly. Hal began to realize how much had happened since he had arrived in the world. Today, all eyes were on Africa, which had become highly industrialized and competitive in the global market. Several nations had openly claimed nuclear capabilities. However, with all the new technology taking place there, no one doubted that many other countries also had the technology and resources to be dangerous and threatening if necessary. Many of the developing countries had the opportunity to learn from the mistakes of developed countries and began to put more emphasis on developing socially and politically, so as not to abuse and misuse their economic status.

In the past, the Graves Family had certainly abused and misused their economic status. Had it not been for their ignorance and arrogance, they might have gotten away with it, Hal thought, but, Rachel always believed that God stepped in and turned what was meant for evil into good. He wondered how God was going to step in and turn this twisted plot of Tanya Graves into good and how his being involved would help facilitate it.

There was just too much history to cover and uncover in this story. Hal knew he'd have to pick a specific topic and stick to it, especially, since there was a time limit to consider. Unlike his usual deadline for The Daily newspaper, in order for a story to make it into print, most of the content of this story was limited to an unknown allotment of time--Tanya's time left before she expired; and as Rachel would put it, "only God knows that."

SPINNING A WEB OF POSSIBILITIES:  The Plots Within the Plots.

Hal had given Tanya time to gather her composure to the best of her ability before he began asking questions again. Then, she turned her head and looked at him as if to say, "What are you waiting for," so he went on.

"What's the real story? What made your father finally start to cooperate a little? How did they finally get through to him that he was seriously in trouble and to stop trying to evade and cover-up the evidence at hand? We know that they found money laundering concerning his businesses, but, what happened on the part of the election?"

"They threatened to take everything. They had enough evidence to seize property and they kept digging and digging and discovered that his projects were illegally Russian funded. We were doing business during times of sanctions and with known criminals in organized crime amongst other things, tax evasion and tax fraud to name just a few. They had numerous charges against us and threatened to charge everyone with treason. They tracked the shell companies. They tracked the illegal campaign contributions and donors, misspending, and embezzling. My father couldn't bear to think of losing everything. He decided to cooperate at the end, but he had lost it long before then."

"His mind and his behavior was extremely erratic and uncontrollable. We never knew what he was going to say or do. He'd think up a new scheme to try and buy more time, then the tweeting would begin another distraction and scandal to help buy time. He wanted the investigation to be over and he still wanted to be president. He was torn, in denial and it was driving him and everyone around him crazy. Even the attorneys gave up and let him say and do what he wanted. He would just wander around the White House at night, looking at the president portraits.

When he saw the investigation and evidence closing in on him, his mind really started going. He began to think of himself as Nixon. He was angry and irritable suspecting everyone around him of being disloyal and always worried about what the Red General was going to say.

Eventually, they got to the bribes, payoffs, blackmails and threats of Republican party officials, crooked politicians, surrogates, businessmen, some paid by my father and some by donors, some paid with campaign money.

Donors from foreign governments who were interested in the oil and business deals were uncovered. There was just too much evidence to dispute and too many connections that had been made. If the government wanted to, they could have taken everything our families owned.

We thought we had covered our tracks well, but, we had made mistakes as had others connected with us. One little mistake became a "looking glass" into another mistake, until, the lie was visible to the eye. We had to make a deal.