If I Were Brave Enough I Would Kill Myself

Things Have To Change...

The Meaning of Life

Welcome to my series Introducing Christianity. The intention of this series is to give a brief overview of Christianity. Its meant for people who know little to nothing about Christianity and want to learn more.

In this post we will consider Christianity as a scriptural faith. What is the Bible? How is it organised? Who wrote it? How can I read it properly? These are the questions I seek to answer.

(This post was originally published on thescripturesays.org which reserves all rights.)

Christian belief does not change from day-to-day. It doesn't evolve to match the culture it is in. It stays the same. The reason why is because to a large degree Christian belief is based on scripture.

The scriptures are sacred writings, recorded and written down more than two thousand years ago. Scripture doesn’t change from day-to-day. If you read the same verse or passage over many days, years and centuries it will always be the same.

Consequently Christians are still believing the same things now as we did two thousand years ago.

The Bible like many books has a table of contents. If you look at the contents you will see the Bible consists of two Testaments (in early times they were called ‘Covenants’). The Old and the New Testament. 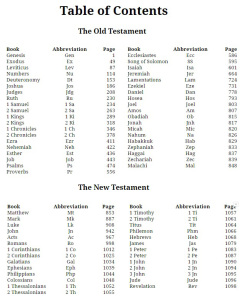 In the last two thousand years the Bible was indexed. Each book was divided up into chapters and verses.  A verse may contain one or more sentences. Christians use this indexing system to find specific passages or verses in the bible.

For example Jn 3.16 is a reference to the New Testament gospel of John, chapter 3, verse 16. Book titles are paraphrased into two to three letters. In this case 'John' is abbreviated into 'Jn'. Assuming you don’t know where the gospel of John is in the bible;

The verse is very well-known and reads something like this;

16 “For God so loved the world, that he gave his only Son, that whoever believes in him should not perish but have eternal life. (John 3:16 ESV)

Finding a passage is very similar. A passage is a range of verses. For example is Gen 12.1-4. This refers to the book of Genesis in the Old Testament, chapter 12, verses 1 through to 4.

Using this system you can find any book, chapter, passage or verses in the entire bible. 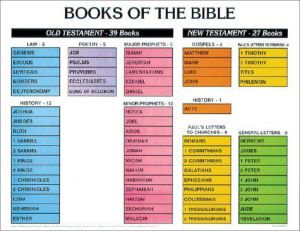 For example, a narrative is where the author is describing people and events. The narratives are written in prose and read like a story. Like a history book. For example the books of 1 and 2 Kings, the gospels (which are a kind of bibliography) or the Acts of the Apostles.

The poetry in the bible is some of the best in the world. Well worth reading. They are full of emotion, beauty and power. The Psalms in particular have a large number of songs that have been put to music for thousands of years. Solomon’s Song of Songs is known for is portrayal of romantic love and sex.

Sections of the bible should be interpreted and understood according to their genre.

Scripture was breathed out by God

Christians do not believe the bible is like every other book. It is unique. 2 Timothy 3.16-17 summaries several basic and very important beliefs Christians have about scripture;

16 All Scripture is breathed out by God and profitable for teaching, for reproof, for correction, and for training in righteousness, 17 that the man of God may be complete, equipped for every good work. (2 Tim 3.16-17 ESV)

All Scripture is breathed out by God. Scripture is commonly titled “God’s word”. A distinction is made between God’s written word - the scriptures, and God’s spoken word - his own speech and the message spoken by his prophets and evangelists, and God's word incarnate - the person Jesus Christ. These are all manifestations of God's word, but on the other hand Jesus isn't the Bible.

Christians believe God speaks through the Bible. Consequently scripture is authoritative, revealing, trustworthy and has a purpose. 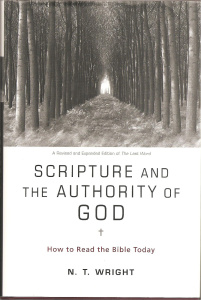 Authoritative. When we say scripture is authoritative we are alluding to the authority God has over all creation as its King and the exercise of his authority by his word. When God communicates to us we believe he does so with authority. If the world or tradition says one thing and the Bible another. Because scripture is authoritative, Christians side with what God says in the Bible. This can put Christians at odds with the world, their culture or the traditions they find themselves in.

Revealing. People can’t simply seek out God and learn about him. We depend on God to reveal himself to us in various ways. If God didn’t want to reveal himself to us and make himself know we would have no way of knowing him. God can reveal himself anyway he wants. Through creation, people and various experiences for example. But these can be subjective and depend upon individual bias and perspective. Scripture is the best and most objective way God reveals himself to people.

Trustworthy. God speaks through the bible and we know God is always honest, truthful and trustworthy. We say the bible (correctly interpreted) is trustworthy. Sometimes we use the words ‘inerrancy’ or ‘infallible’ to describe the same sort of concept. If the Bible (again correctly interpreted) says something happened. For example Jesus’ resurrection, then Christians believe this to be historical fact. Likewise if God tells us adultery is wrong, then Christians believe adultery is wrong.

Purpose. Lastly scripture was written for a purpose. When we read, study, and meditate on what the scripture says we believe scripture has power to transform us in ways God intends. In the passage above the apostle Paul says scripture is profitable for teaching, correction, and training so that God’s people (men and women) will be better able to do good works.

Scripture was spoken by man and written down

All Scripture is breathed out by God. But this is not the whole story. People are also involved in the creation and delivery of scripture. God uses people to speak his word. The apostle Peter says;

20 knowing this first of all, that no prophecy of Scripture comes from someone’s own interpretation. 21 For no prophecy was ever produced by the will of man, but men spoke from God as they were carried along by the Holy Spirit. (2 Peter 1:20–21 ESV)

The apostle Peter implies what we have in the scriptures (in this case their prophecies) are recordings of utterances made by prophets. These men have been inspired by God to speak his word and he does this by accommodating to their language, their worldview and their intentions.

Language. I mentioned before the original documents which form the scriptures were written in Hebrew, Aramaic and Greek. This is because people at different times and places wrote it down in their own language.

The original texts themselves need to be translated into a readable language for us to read and understand. There is a spectrum of interpretations. From an attempt to translate each word for an equivalent word in another language (e.g. ESV). This produces a close approximation of what was originally written, but can be hard to read smoothly. To translating what is understood by some to be the authors thought into our thoughts. Words can be changed, added or removed and ordered to make the text easily understood and readable in our own language (e.g. NIV). There are lots of excellent translations and we can trust they reflect what was originally written. 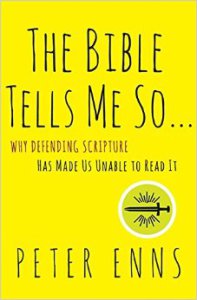 Worldview. The human authors of scripture are growing and maturing in their understanding of God, creation and their relationship to the nations around them. They also lived within a certain historical context among competing views of the world around them. The way they depict things is a reflection of their growing understanding.

Intentions. Scripture is spoken and written with a specific intention in mind for its target audience and it is a reflection of its historical context. This means that much of scripture was not written to us. But at the same time we can also affirm scripture has eternal truths applicable for all people of every time and that includes us.

In scripture we see God humbling himself to speak through people. He does this in their languages, within their worldview, and their ways of describing himself, creation and man.

Rules for interpreting the bible

I've mentioned in passing a few times scripture needs to be interpreted correctly to communicate a meaning which is true and trustworthy. There are actually a number of rules which control how Christians interpret scripture. To finish up this post I'll list a few. 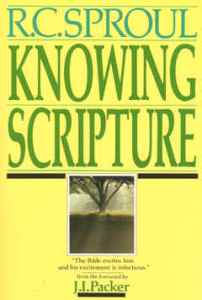 This book can give you a lot of good tips for reading the scriptures well.

Christians interpret scripture with scripture. There are a great many passages and verses in the Bible. Through all scripture is one coherent body of truth by which it all agrees and makes sense. Thus we use the whole Bible to give context to and interpret individual passages and verses. We do this because we believe it has one author - God. One outcome of this rule is that no part of scripture can be interpreted in such a way as to render it in conflict with what is taught elsewhere in scripture. We will always interpret scripture in such a way that it will cohere with other sections of scripture and bodies of knowledge (e.g. science).

Christian interpretation should always be done in the context of a community of faith. It can be easy to produce a rogue interpretation which is just plain wrong and unhelpful. Sharing what we believe scripture says is one way of checking if we have read it correctly. This not only means a local group of believers, but also scholarly articles and commentaries and even so far as to consider a history of interpretations from the church over the centuries. A rogue interpretation held by one is less likely to be true than an interpretation accepted by the church for hundreds of years.

Where to from here?

If you like I suggest you get a Bible (they are easy enough to find) and have a read through the Gospel of Mark. Mark is short and easy to read. The best thing about it is that it is all about Jesus.

ARE YOU SURE YOU ARE A CHRISTIAN?

Life as a Street Pastor Series