Difference between confident and pride

7 advantages of being a big city girl

Get to know me tag.

A new perspective towards saints lives

The Future of 3D Printing

Living in the country side

When the actor/ human rights activist Jesse Williams, star of the hit TV show Grey’s Anatomy, was honored with the Humanitarian Award at the 16th annual BET Awards show two Sundays ago and used his platform to powerfully champion Black Lives Matter, there was hardly anyone watching at home or in the audience who wasn’t inspired or emotionally uplifted in some way (with the exception of one Stacey Dash). In his acceptance speech, Williams touched on important themes such as systematic discrimination, institutional racism, societal disrespect of Black women as well as cultural appropriation. He name-dropped some of the people whose lives have by cut short by police over the past 2 ½ years, including Tamir Rice, Rekia Boyd, Eric Garner, Sandra Bland and Darrien Hunt. To the critics of Black Lives Matter, he said, “If you have no interest in equal rights for black people, then do not make suggestions to those who do. Sit down.” In the aftermath of the speech, activists and celebrities alike rushed to Twitter to share their thoughts about the winner of the Humanitarian Award. One such celebrity was male pop superstar Justin Timberlake, whose seemingly innocent tweet set off a twitter war which would result in the pop star belatedly getting his ass handed to him for an incident that occurred twelve years ago that he’s never fully taken responsibility for.

It all started when Mr. Timberlake posted this simple tweet to his timeline:

Taken by itself, there doesn’t appear to be anything particularly problematic about this. After all, there’s certainly nothing wrong with being inspired by Jesse Williams. What matters here is the context. Justin Timberlake is someone who, to be quite frank, modeled his entire career emulating Black culture, Black music and Black dancing. From the start he’s been seen by many as essentially a wannabe Michael Jackson. And there’s clearly nothing wrong with being inspired by the artwork of other musical recording artists. However, as commentators in the urban radio community have pointed out, when it came time to prove how “down” he really was after controversy erupted in the aftermath of his 2004 Super Bowl Half Time performance alongside pop music icon Janet Jackson, he quickly dropped his imagined “hood pass” and ran for the hills, leaving Ms. Jackson to fend for herself. (Actor Jamie Foxx at the time put it in perhaps less diplomatic terms, stating, “I didn’t appreciate it when Justin Timberlake went and he sissied out…”)

The 2004 Half time show was a mash-up of many different popular artists, but a split second involving Janet Jackson’s breast is all that anyone seems to remember of that year in 2016. As the two pop stars were performing Timberlake’s hit song “Rock Your Body” and he sang the lyrics “I’ma have you naked by the end of this song”, Justin walked over to Janet and ripped off a piece of her bodice to reveal her breast with nothing but a star-shaped piercing surrounding her nipple. Janet still insists to this day that it was an unintentional wardrobe malfunction and that all that was supposed to be revealed was her red-laced undergarment, though many remain unconvinced due to the “convenient” placement of the piercing. (I suppose it’s not out of the question that she wears nipple-piercings under her clothes regularly, as she would later state on David Letterman.) Regardless of what was supposed to happen, the extent of the backlash must have come as an incredible shock. All anyone was talking about for weeks after the incident was Janet Jackson’s nipple and how horrifying it was for a woman’s bare breast to be seen by families who’d tuned in to watch the annual football game. Immediately she was called every derogatory and sexist term in the dictionary, as America’s pent-up Puritan rage was unleashed on a single woman who dared be in control of her own sexuality, to bare her body on her own terms instead of the terms dictated to her by men. The Washington Post at the time had the audacity to accuse her of “deliberately flopping out of her costume like that”, completely absolving Justin Timberlake of being the one who actually ripped the piece of clothing from her bodice. This would be the continuing theme throughout most all the media’s sensational coverage. It was Jackson who was vilified and castigated day in and day out, while Timberlake faced not even a fraction of the backlash. In fact while this controversy, dramatically dubbed ‘Nipplegate’ in the press, engulfed the nation, Timberlake was going around telling any news anchor that would listen how “shocked and appalled” he was by the whole performance. “I immediately looked at her, they brought a towel up onstage, I immediately covered her up. I was completely embarrassed, just walked off the stage as quick as I could,” he explained to KCBS. It would take an entire three years for him to even halfheartedly own up to the situation when he told MTV, “I probably got 10 percent of the blame, and that says something about society. I think that America’s harsher on women. And I think that America is, you know, unfairly harsh on ethnic people.” In case anyone needs a translation, “ethnic people” is apparently code for Black people.

The F.C.C. lost its damn mind, instituting ‘3 second rules’ when airing live broadcasts and unleashing a wave of censorship on non-cable television. From this point on the careers of the two pop stars would move in opposite directions. Janet was pressured by CBS to go on television and deliver a public apology for the performance, while Justin got to give a silly non-apology live on stage at the Grammy’s while he was being presented with the Grammy for Best Pop Vocal Performance. One artist who was originally slated to be at the same Grammy Awards Ceremony but was uninvited due to the Super Bowl controversy was Janet Jackson. This was but the beginning of a complete blackout of her work on the commercial music scene, with Viacom and Clear Channel essentially refusing to play any of the new music from her 2004 and 2006 albums, Damita Jo and 20 Y.O. According to a senior executive at Viacom at the time, “MTV is absolutely bailing on the record. The pressure is so great, they can’t align with anything related to Janet. The higher-ups are still pissed at her, and this is a punitive measure.” Frank Rich in the New York Times was one of the few commentators to call out the hypocrisy of the feigned outrage of the professed moralists of the nation. In a piece appearing February 15, 2004, Rich used as an example a statement by the then First Lady Laura Bush that the baring of Jackson’s breast “was a kind of television viewing that you don’t want little children to see”. Well before Janet Jackson ever appeared on stage, wrote Rich,

“parents saw not only the commercials featuring a crotch-grabbing dog, a flatulent horse and a potty-mouthed child but also the number in which the crotch-grabbing Nelly successfully commanded a gaggle of cheerleaders to rip off their skirts. What signal were these poor, helpless adults waiting for before pulling their children away from the set?”

The sudden refusal to play her new music on mainstream radio, MTV & VH1 took a toll. While Damita Jo would open with huge first-week sales and sell a million copies domestically, it was a far cry from what she’d been selling up until that point. Meanwhile Timberlake’s star would only continue rising to new heights, and he was rarely ever asked to comment on the whole Super Bowl fiasco again. America’s desire to watch the 9/16th of a second in which Janet’s breast was bared to the world had a great cultural impact in a way no one would have expected. It led to an astronomical increase in subscribers to the TiVo digital video recorder, and was even the catalyst for the founding of YouTube a year later. The F.C.C. also implemented a record fine at the time of $550,000 against a TV network (CBS), a fine which was later invalidated in court. As for Janet Jackson, the media wouldn’t let her live it down, as evidenced in this clip from Late Night with David Letterman in which she is asked about it some 15-20 times.

In the words of Michael Musto in the Village Voice, “Janet became a symbolic Joan of Arc burned at the stake” despite the fact that “nobody has proved how her breast harmed anyone.” Meanwhile, the last time her performing “accomplice” Justin Timberlake was asked in passing about that infamous Super Bowl performance, he responded, “I’m not touching that thing with a 10-foot pole.” And so it might have remained had he not felt compelled to respond to a tweet from a columnist in Philadelphia two weeks ago.

The tweet that shook Timberlake’s world, and finally brought to the fore a decade’s worth of pent-up indignation, came from weekly Philadelphia-based columnist Ernest Owens. Responding to Timberlake’s ‘#inspired by Jesse Williams’ tweet, Owens aimed the following at Timberlake:

So does this mean you're going to stop appropriating our music and culture? And apologize to Janet too. #BETAwardshttps://twitter.com/jtimberlake/status/747257470314131456 …

To the shock of many, not least of all Owens himself, the insulted pop star responded, and his now-deleted response was nothing short of condescending.

“You sweet soul”?! The Twitter clapbacks were merciless, and one clever Janet fan was particularly brutal (and by that I mean clever). 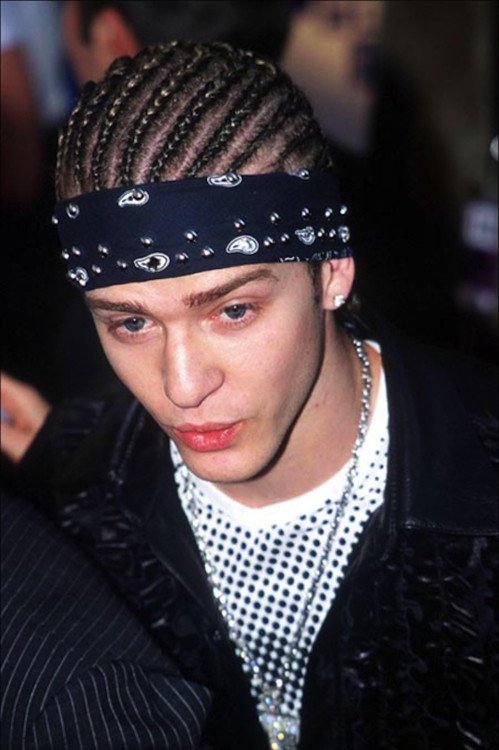 @jtimberlake we are the same. 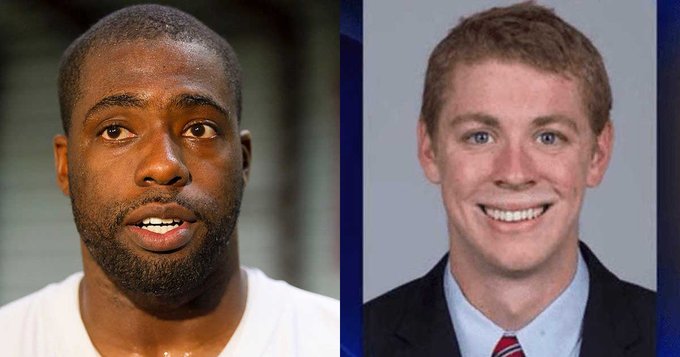 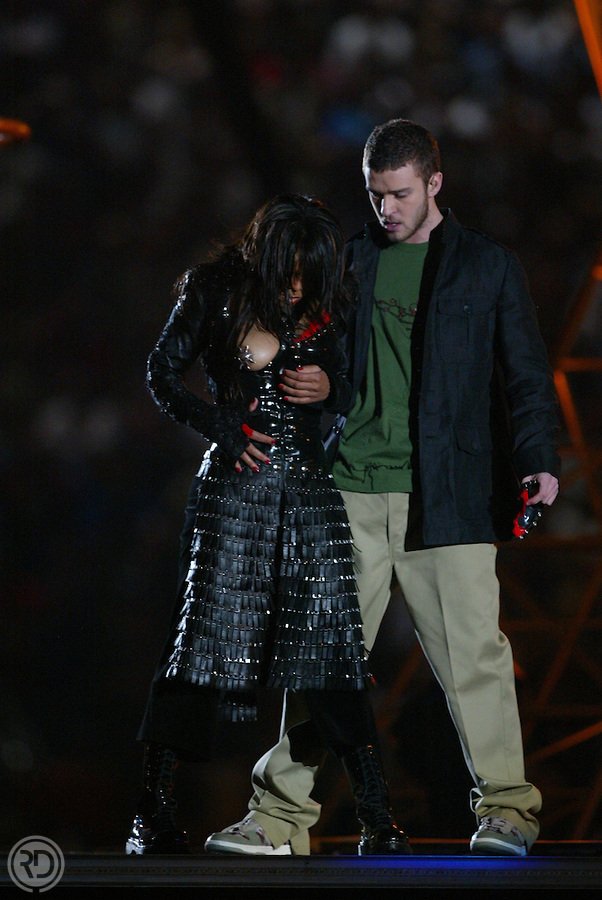 Timberlake eventually offered a lame “sorry if I offended anyone” sort-of apology, but by that time the damage was done. And while it is doubtful that any of this will have much of an impact on his career, at least Janet’s fans finally got the chance to unleash their decade-long frustration with the pop star who left one of the biggest female entertainers of all time hung out to dry while he managed to avoid the media witch-hunt and emerge unscathed.