Love Thy Neighbour....even if you don't have time.

Marriage Does Not Necessarily Equate Children

Dancing in the Rain

Emily and Carla - the conversion of poetic verse into musical lyrics

I No Longer Dream Of Paris

Have you ever thought of a Secret admirer??

It's Okay To Cry

Love Thy Neighbour....even if you don't have time.

It was a whirlwind past six days….I flew out to the Canadian East Coast from central Canada last week to attend my son’s University Graduation….then jumped into my car upon my arrival back in Toronto and headed 5 hours to Kingston to visit my two older children and three beautiful granddaughters….then back 5 hours drive to spend a day at Canada’s Wonderland Theme Park before heading another few hours home to London, ON.  I get so little personal time away from my work on the streets that I tend to pack it in when I get a chance...this was a bit crazy...even for me. 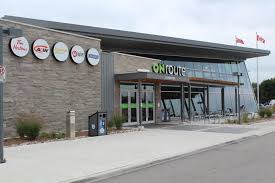 While at the OnRoute Service Center the final stretch home on the highway, I joined hundreds of others as they grabbed a break from driving, food and fuel.  Everyone was in a hurry to get back on the road to their destination and I was no different.  As I exited the center wearing my souvenir Burger King crown on my head, an elderly woman approached me.  “Do you know where I am sir?”  “Well, you’re in a parking lot.” I answered with a grin….still a bit punchy from the long week of travel.  She smiled saying, “Well I know that your Majesty.” acknowledging the fact I was wearing a Burger King crown on my head.  Touche.

She told me that she was from the U.S. and  had missed her turn off on the highway and wanted to return home to New York state.  She was scared and a bit disorientated.  I could have sent her off into the center to ask one of the workers inside for directions, but this could have been my parents asking for help.  I wasn’t in that much of a hurry to get on the road home.

We mapped her out a route on paper, as she didn’t have a cell phone, mapquest or a GPS handy.  Then I waited for her to fuel up before offering to let her follow me down the road where I would point out her first turn off.  She was thrilled and relieved.  She asked if she could give me a hug, then questioned what I did for a living.  I told her that I was a street pastor at a mission and she laughed.  She told me that while she sat in her car in the parking lot; lost, afraid and not knowing what to do next, she prayed that God would send her help. Then she laughed again saying…”So God sends me a guy wearing a Burger King crown on his head and I didn’t think that was too weird.”  I smiled and said, “Well that’s the way our God rolls now isn’t it.”  With that,  I led her down the road towards her turnoff.

We are never to busy to love and care for our neighbours and we never know the full impact of our interaction.  It is the little gestures that we make to show love that leave the biggest impact on others.  So remember that the next time someone asks you for directions.

*NOTE - For my American readers..."neighbour" is Canadian for "neighbor" and