LOW FAT BESPOKE WEDDING WILL BE THE NEXT TRENDING!

POEMS: "As you walk through life"

The One and Only Green Mango Smoothie

STORIES: "The little girl in the park"

I can’t remember when I finally got out of bed but Jacob peaked in and said goodbye before he left for work. When I did get out of bed I just cleaned my face, used the bathroom and then packed up my stuff. I somehow managed not to lose anything during the entire trip. The only thing I regretted not packing was my electric razor. The neck beard I was growing was getting really itchy. I went downstairs and chatted with Jacob’s mom for a little bit. She demanded that I eat or drink something so I grabbed a glass of orange juice to satisfy her. I was tired but I still managed to smile as she gave me directions out of town. I don’t think she was aware of much driving I have done over my life. I ended up just telling her I had a GPS so I would be okay. I also told her I had driven in Chicago, Miami, and St. Louis so I don’t really get flustered in traffic anymore. She just laughed and said I didn’t need any help then. I hit the road a little before nine.

The drive back was very boring. I pretty much hit interstate 70 the whole way. I passed towns I had driven through on my way east and remembered the things that I had done in each town. It was nice but it was also very bitter. I didn’t really want to return home. There’s not really anything or anyone to look forward to. I’m way more comfortable living on the road. I’m not someone who likes to stay still and just pay bills. I like to see new things and have real conversations with people. Sometimes when you know you only have a limited amount of time with people they cut through the bullshit and tell you what’s really on their minds.

Somewhere along the way the time zone changed back. I had to have been in Illinois when that happened. I was bummed because my GPS did actually realize it and it made my trip feel even longer when it didn’t readjust the estimated time of arrival. I got back to St. Louis around 4 PM. I unloaded the car, took a shower, and then made one last trip to the bank with the rental car. The tank was still full even though I filled up the tank almost two hours ago. I had to prepay for the gas tank before leaving for the trip so I was trying to use some of the gas up in case I didn’t get any reimbursement. I also enjoy driving a car with a little acceleration. It’s fun. I dropped the car off before five and saw that the same two guys who I checked it out with were in today as well. I got to overhear some lady talk about how she travels a lot and needed a new car with a USB slot and also a car seat. She was super demanding and very full of herself. I just sat there with Jason who was checking me out. He cut me a discount on the gas since he saw the tank was almost full. I made fun of the woman and said I felt sorry for him if he had to deal with people like that. He told me it was more common than he would like. I asked if he could give me a lift home so we got back into my rental car and he drove me back to my apartment.

Jason was a really nice guy and I told him all about my trip. He also liked the location of my apartment so I gave him the info on the apartment because he said he lived out of town and had to drive thirty minutes to work every day. I spent the rest of the evening unpacking and putting away my souvenirs. I drank some of the free beers that Fred hooked me up with. I think I was in bed before eleven. I didn’t care if it was a Friday. I was exhausted. My sleep schedule was all over the map. 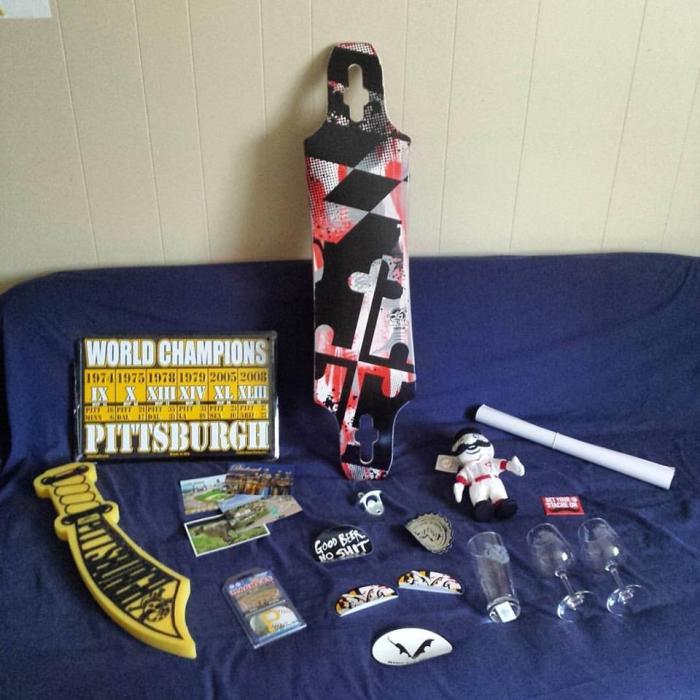 The official last day of my trip was today, but I still had some plans. Months before this trip was entirely planned out I had requested this day off because the Cardinals were having a Matt Carpenter batting practice jersey give-a-way day. I got tickets with Zach for the game. I assumed it was going to be another hot day in St. Louis but we had been hit with rain storms in the area lately. I met up with Zach and we headed for the game. We got our jerseys and everything and were in the park by the time of first pitch but it had been raining. We found a little place to sit and eat some food up in the club level while the rain delay lasted. It went on for about an hour. We ate our food and I told Zach all about my trip and I showed him some of the photos that I had uploaded the night before. Right about the time we were done eating, and I finished telling him about my trip, the rain was barely coming down and they were pulling off the tarp. We then headed for our seats.

It was a good game. I think I have been to Busch Stadium six times this season and this was the first time they won while I was there. I found the fix to my curse! I just had to go to a different major league ballpark. I just happened to go to four of them and this was my fifth different one in eight days. I’m not sure if that’s a record or not, but if it is I should give Guinness a call. I also got to witness Yadier Molina’s 1,500 career hit. It was just a nice cherry on the top of the trip.