What to Do if Your Pet Doesn't Want to Eat

LEAVE EVERYTHING BETTER THAN YOU FOUND IT?

How to Extend the Life of Your Electronic Cigarette

I Flipping Love You by Helena Hunting

This is a guest post by Greg Haver creator of Coffee or Bust. We provide the best recommendations, reviews and buying guides about best coffee maker.

Coffee gets the creative juices flowing. The neurons firing. The whatever that keeps your eyes open circulating. We’re not a bunch of revolutionaries up here in the 21st century, though. In fact, we’re just the latest iteration of people addicted this magic bean juice.

There’s the standard set of nine people you can find throughout history on every single post that pops up when you Google “famous people” plus the word “coffee” that were all ripped from a 2011 post, as far as I can see, but they could probably be traced back farther than that. I just got lazy and stopped there.

Voltaire drank 50-60 cups of chocolate-coffee a day, which just sounds like I’d need a fake external stomach to process it or just super-impose my ass to a toilet. On the other hand, Kierkegaard put 30 cubes of sugar in his coffee, which is the equivalent to the amount of sugar in 27.6 cans of pop with a standard 39 grams of sugar per.

Basically, what I’m saying, is that “genius” is an interesting word choice here. These people were also batshit crazy.

I want to change the conversation and add 9 more people into rotation. And I’ll tell you a little bit more about them because I get paid per word and I also enjoy, I don’t know, maybe qualifying the word “genius.”

This gives me great pride to say, but you’ve probably heard of this dude’s sister. Harriet Beecher Stowe wrote Uncle Tom’s Cabin and I wish that I could chat about her in regards to coffee, but it’s her brother that liked a steaming cup of the good stuff in the morning.

An American Congregationalist clergyman, Henry supported the abolition of slavery and very much emphasized God’s love while putting down “free love.” That’s why he’s obviously mostly known for when he was tried for adultery.

Screwing his wife’s best friend aside, Beecher said some prolific things about coffee amidst proclamating equal rights for all and the warmth of a higher power’s unfailing affection.

“A cup of coffee— a real coffee — home-browned, home ground, home made, that comes to you dark as a hazel-eye, but changes to a golden bronze as you temper it with cream that never cheated, but was real cream from its birth, thick, tenderly yellow, perfectly sweet, neither lumpy nor frothing on the java: such a cup of coffee is a match for twenty blue devils and will exorcise them all.”

I’m even forgiving this man for putting cream in his morning brew because he describes the pleasure of it with such sincerity.

She’s a Guggenheim Fellowship winner in the Creative Arts in Film/Video and she’s arguably a “genius.” She refers to herself as a possibilist, which I’m 100% here for. She created these LIVE Conversation Portraits for the New York Public Library while holding her post as the artist in residence.

Maybe I’m making assumptions, but I like to think that coffee played a significant role in her expansive, creative universe. She even had this to say in regards to caffeine consumption, “I believe humans get a lot done, not because we’re smart, but because we have thumbs so we can make coffee.”

Thomas Stearns Eliot created the hipster. Hipsters hang out in coffee shops a lot, which is enough for me to put him on this list, but I have more for you. 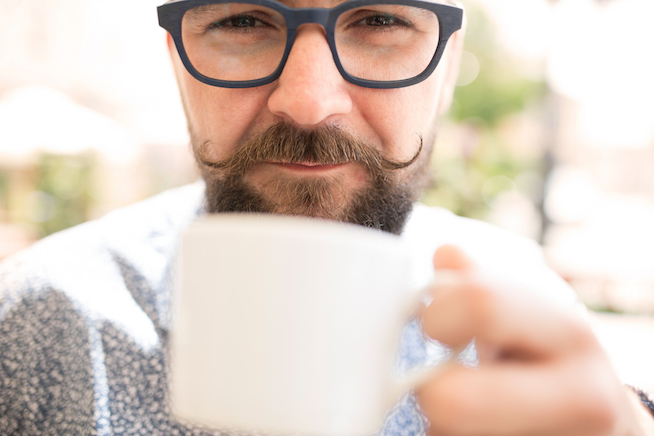 He also wrote one of most famous lines of literature that we emblazon on coffee cups, teaspoons, and whatever the heck else we can sell on Etsy: “I have measured out my life in coffee spoons.”

It’s from “The Love Song of J. Alfred Prufrock,” Eliot’s first published work. The poem itself follows the somewhat erratic inner-musings of Prufrock, but that line about using coffee spoons has been a somewhat unscrutinized bit playfully adorning kitchens and mugs since.

Terry Pratchett says things about coffee that I wish I said, like “Given enough coffee, I could take over the world,” and he also says exactly what I’m thinking, “She wasn’t certain what the future held, but coffee would be involved if she had any say in the matter.”

Damn straight it would be.

I’m mostly familiar with Terry Pratchett because he co-authored with Neil Gaiman, but Sir Terence David John Pratchett is a cool man on his own. He was the UK’s best-selling author of the 1990s and he was knighted for his contributions to literature, which includes this gem regarding delicious java from Thud!, “Coffee was the only way of stealing time that should by rights belong to your slightly older self.”

German writer, Statesman, and insomniac, Johann Wolfgang von Goethe makes this list because his story with coffee is interesting, not because I like it. I mean, I’m lying. I like it, it’s a cool story, it just involves decaf.

So, Goethe met a “romantic chemist” named Friedlieb Ferdinand Rouge. They became what we’d today call “besties” and Rouge gifted Goethe some very delicious arabica beans. Partially out of curiosity and partially because Goethe had terrible insomnia, he encouraged Rouge to figure out what chemical in coffee made people awake and happy.

Caffeine was discovered and Goethe could continue to drink coffee, sans sleep deprivation. 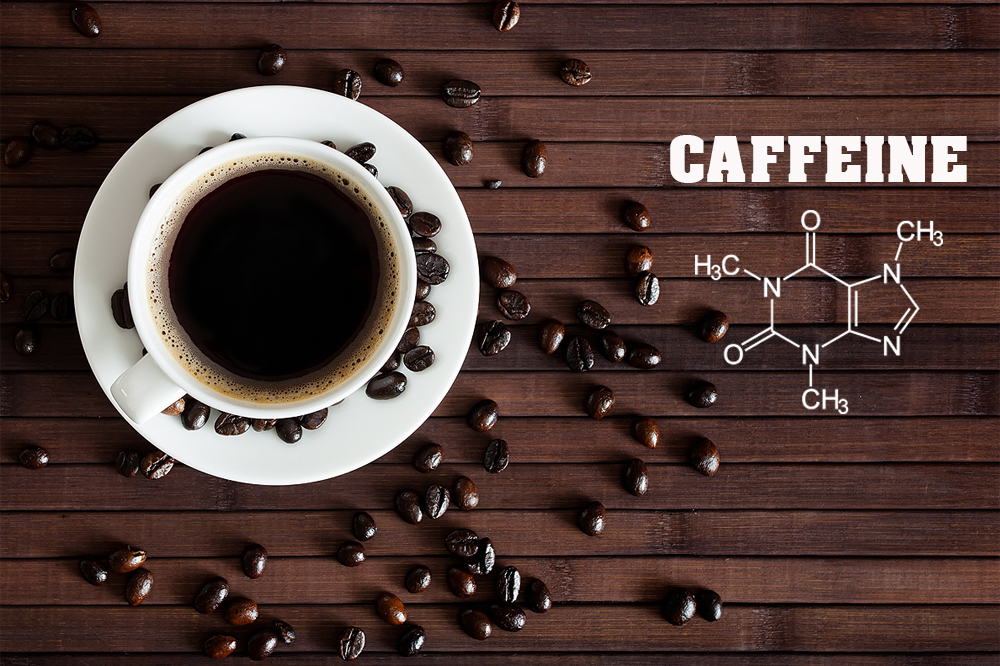 She was close with Pablo Picasso, Ernest Hemingway, F. Scott Fitzgerald, Ezra Pound, Thornton Wilder…. If they were important, she’d rubbed elbows with them at her home, 27 rue de Fleurus.

She also said this, “Coffee is a lot more than just a drink; it’s something happening. Not as in hip, but like an event, a place to be, but not like a location, but like somewhere within yourself. It gives you time, but not actual hours or minutes, but a chance to be, like be yourself, and have a second cup.”

The Dutch brought coffee over to Paris and King Louis XIV fell in love with the magical brew. I mean, how can you not? He, or, more accurately, his royal court botanist, began growing beans. It became an honor to indulge in the King’s java.

Mostly, that’s the whole story about King Louis XIV and coffee. His court was the first to regularly put sugar in their mugs, so you can trace that habit there, which is also interesting even if I think it’s slander.

So, I joke a lot about living off of coffee. Ya know, replaces my blood, energy source, yada yada, would power down without it, but we all know that it’s a bit of a dramatic statement. I also love food. And cuss words. 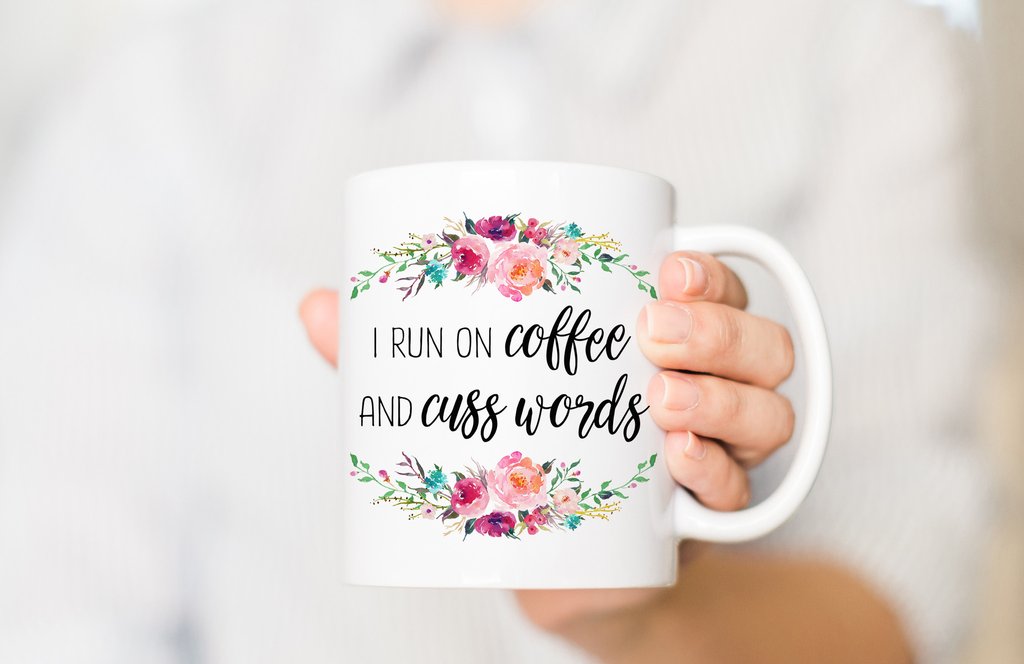 Proust, however, is a dude who meant it. This French novelist, essayist, and critic is known to have woken every day in the afternoon, consumed two bowls of black coffee, a bit of a milk, and a croissant. And that’s it. His housekeeper, Rebecca Seal, documents it in her memoir, if you want to hear it from the horse’s mouth.

Named England’s first Poet Laureate in 1668, Dryden was a frequenter of coffee houses. He hung out there, all casual-like, with his literary circle called the “Wits,” riveting conversations spurred along by none other than coffee. He was so much of a staple at Will’s Coffee House that, after he died, the place was never the same and next generation of movers and shakers, such as Jonathan Swift, ended up convening at a coffee house down the road.

Join the ranks of these coffee addicts and pour yourself another mug. You’re in good company!