Note to Trump Haters, Leaving is Not the Answer

Fate – To Believe Or To Not Believe?

Hello There: An Introduction

Why Do You Hate Comic Sans So Much?

Do you really need 'straight pride'?

11 Reasons Why Faith Is Important

What the world needs now is love.

Note to Trump Haters, Leaving is Not the Answer

Now that the US election is finally over and Donald Trump will be the next president, (I voted for Jill Stein), I am now taking time to reflect on reactions and possibilities resulting from Trump's election. One thing that has caught my attention and amused me is the amount of people who now want to leave the US because they don't like the fact that Trump was elected. Even my sister joked about emigrating to Australia. All the talk about people leaving the country has brought back something from my past and now I feel the need to share it. 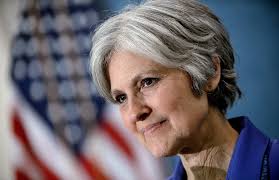 Thirty years ago, I was a rather angry young man. Experiences after coming out of the marines left me with the feeling that I had given America the four best years of my life only for America to give me nothing but heartache in return. The final straw came when I was went to England to study at the University of London for a year. I had been in college for about two months when the Veteran's Administration informed me that my course of study wasn't approved and they weren't going to pay for my studies. Of course they also sent me forms for the college to fill out in order to get approval but for me but my mind had already been made up that America had screwed me once too many times.

Growing up in a religious family, I decided to pour my soul out to the college chaplain. After all, he was very vocal against then president Ronald Reagan's Contra War on Nicaragua so I thought he'd give me loads of sympathy and help me get on a plane to Sweden. He wasn't shocked at my opening line: "This might shock you coming from an American student but I hate my country." I then proceeded to explain how America had gone too far to the right under Reagan and I was a victim of social and political intolerance in that country. He listened but he had no intention of putting me on that plane to Sweden. It was what he said about Reagan America that has relevance here. He told me, that leaving America would only serve Reagan because there would be nobody to voice opposition to him.

These days, I see his point. The problem was back then, I was such an angry young man that I believed his words proved a former work colleague back in America who was ultra- conservative to be right. This colleague used to say that every non American in the world was trying to come to the US, not true. However, if all the Trump haters left the country because they didn't like him, that would only strengthen him as there would be little opposition. The best way to keep Trump or any elected official in check is to voice your opposition to them. If that official does something you don't agree with that might be bad for the nation, let them know it and let those who voted for that official know it too. Leaving the country is not the answer. Besides, Trump won't know or care if you did leave. 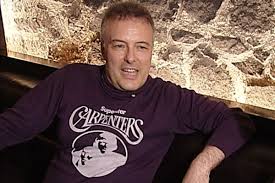 During her campaign, Stein took advice in the words of one of my heroes, Jello Biafra, who said the best thing to do, especially against a corporate entrenched medial is to become the media. Inform people why you believe what you do and why you didn't vote for Donald Trump or in my case Hillary Clinton either. The problem is the way the left has gone about it and here again, Biafra's words are wise. Simply calling someone who doesn't agree with you a redneck or a bigot or in Clinton's case, deplorable isn't going to win them around to your way of thinking. In fact, it will drive them in the opposite direction. One of the things that made me so determined to vote Stein was the Democrats insistence that voting for Jill was a vote for Donald Trump. I found that very patronizing just as much as calling someone who doesn't agree with you, 'stupid.' 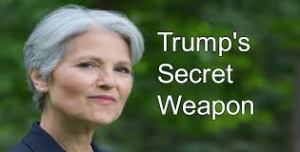 This insults my intelligence

Now some who know me may be thinking I'm a hypocrite because I have lived in Great Britain since I came here thirty years ago. Yes, sure my angry young man phase had a lot to do with it but the main reason I remained in the UK was down to affairs of the heart. If I hadn't met and married a British woman, I probably would have ended up back in the US. Otherwise, I might have gone back to the US when Bill Clinton was elected president. Even when we split in 2000, the idea of returning was a non issue because I feared I would never see my three children again. Besides, I doubt that Sweden would have let me emigrate there, I could be wrong. What I do know in my Autumn years is that the chaplain was right on this one, (though I still say he was incorrect to say that I came to Britain to run away). The best way to keep Donald Trump or any politician you don't agree in check with is to voice your opposition in the correct manner.