Jack: Part One (The Elite Book 1) by KB Winters - Review

Why I will never have kids

Eliki: A Songstress for Your Soul

WHY WAIT FOR FACTS?

To My Future Daughter

It’s another year, turning over a new leaf and yada, yada, yada. Unfortunately, there is one thing that can’t be escaped. Birthdays. Now, don’t get me wrong. I am not lamenting a fabulous youth that has gone by or anything like that. I know that I am never going to look like an 18 year old again. Come to think of it, why would I want to?

Moving on and maybe that is the point. It seems like society has this cookie cutter notion of how everyone is supposed to act once they reach a certain age. There is an emphasis on looking young, trying to drink from the elusive Fountain of Youth which can be achieved if you are willing to fork over thousands of dollars to look like this: 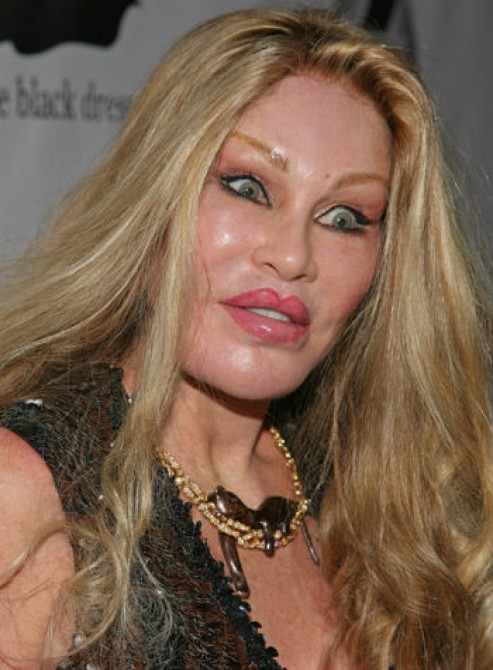 Which I am definitely not going to do.  I remember my 20’s. There were some definite good times. Leaving home to attend college was the beginning of my life and of my transformation into the person I was meant to be. I was really working hard to become a writer/producer by getting my hands dirty at the campus television station. One of my coups was actually getting a sketch-comedy show on the air with a little help from my friends. Needless to say, it wasn’t a resounding success (You’re welcome fine folks of Clarion, PA) but it was an eye-opening learning experience.

After graduation, I moved out to California. Like everyone else with stars in their eyes, reality began to set in and trying to establish yourself in the film industry is not an easy feat. As a matter of fact, it is downright daunting. Deciding to regroup, I moved back to the east coast where I lived for a couple of years until I got my act together and entered film school. My focus was screenwriting and I was ready to take on the world. Ah, the enthusiasm of the dreamer!

As I entered my 30’s, I found myself dabbling on the fringes of the entertainment business doing odd gigs like working for a horror producer who was on the down side of his career and a raging maniac PR woman who specialized in D list actors and actresses. Some of the best learning experiences I had were when I was a page at NBC, and an intern at Lifetime Television and Worldwide Pants. I am embarrassed to say I even dabbled in acting and no those fabulous headshots have been burned never to see the light of day.

Eventually I grew rather disenchanted with all of the craziness and the superficiality that I once again returned back home to the east coast. Moving into my 40’s I opted for a career in the world of finance. During this time, I acquired a certain set of skills and became a data analyst. This occupation suited me because I enjoyed computers, coding and digging into mysteries such as “why the numbers from last quarter didn’t match the numbers from 1922.” You know the fun stuff of life.

Now, we have returned to my life in the present. I am no longer involved in any of that mess and am now pursuing my passion of writing full time. Things are busy and that is the way that I like it! Every day brings something new and I need a calendar to keep all of my projects straight or maybe an assistant. If only my dog had opposable thumbs but then again that is the kind of wish that ranks up there with flying cars and jet packs.

I guess this long diatribe was my way of saying, “Screw off, birthdays!” I will continue to be who I am which is a blue highlighted (or whatever color I am feeling at the time), music loving, sci-fi/horror geek rebel. No, I won’t be buying any of your anti-aging infomercial products, I won’t be getting laser surgery on my lunch break and you can just trash the haze filters. By the way, let me tell you how I feel about birthdays……

Published by Susan Leighton Woman on the Ledge