OF SEX IN MARRIAGE

The Other Widow by Susan Crawford

Ranking Recent Reads 9 - The Girl in The Picutre, Marie Antoinette Serial Killer, Tales From the Darkside, Prisoner of Ice and Snow, and Nemesis

Office Removals – What to Order in Advance

Top 10 Most Popular Cocktails in the World

Would I Rather Wednesday--Writing Habits

THE ENIGMA OF DEATH

Multiple Use of Stainless Steel Plates In Domestic and Industrial Sectors

Get Married, Everything Will Be Fine

OF SEX IN MARRIAGE

Today, I gained some insight into the mind of a woman, who left her marriage because of emotional torture. It is doubtful if she will ever heal and recover from that past. Her experience left her with the inability to ever feel any kind of intimacy with any man, while taking consolation in the product of that very short lived union. 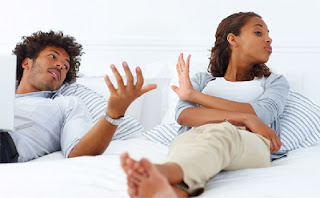 It would appear that men and women sometimes go into marriage with different expectations, especially when it comes to sex. Where men celebrate the end to having to negotiate sex, women celebrate what they see as the beginning of a hard bargain by the man for same, i.e. with the former anticipating more (romps) at every given opportunity, while the later anticipates less, probably with more finesse, cuddling and the likes before copulation.

During that conversation, I was made aware of so many a little thing that a man does in the bedroom, that many a woman, despite the love for her husband, find quite appalling and degrading, which for some reason the woman interestingly managed to accommodate while dating the man, but feels that as her status moved to WIFE, she isn't required to any longer permit, but the man continues to expect such. The reason, amongst many, for which sex between the man and his wife then begins to record as a chore for her, and no longer some form of entertainment.

I left that conversation feeling like the best a man can do, especially the hypersexual, hyperactive, even sexually deviant male, who then find the marriage a form of prison (a confinement from which he cannot fully exert to the fullest his sexual proclivities), is to explore other mutually beneficial relationships of a sexual nature; where he  can exercise those exertions to the optimum, while preparing for those moments when the Queen is ready to receive him, and he's ready to reciprocate with the kind of aplomb she likes.

Of course, the fact that our society is one that is continually limiting the tendency of the male to be  simultaneously polygamous, it follows therefrom that such external liaisons must be conducted in utmost secrecy, to the extent that the man may die with his secret(s), after making necessary arrangements to ensure the financial security or otherwise, of the product or extra family from any of such now unorthodox dalliances. Life is too short for one to endure any kind of unhappiness, just to bring another, even the one s/he loves happiness.

How to pick the right marriage celebrant?

6 warning signs of a troubled marriage