Pacquiao is the new welterweight champ.

Getting in Shape for Your Next Travels

The Baby in the Mirror

Take me back to Saturday

Blessed Away From God

Why it is important to have Passion

The demise Of the American Indian

Reasons I Boycott Christmas Until After Thanksgiving

Pacquiao is the new welterweight champ.

On November 6, 2016 (Sunday), Manny “Pacman” Pacquiao made another history as he set a new record as the new welterweight champion. Manny is also the first senator in the Philippines to win a world boxing championship.

On the other hand, it was only the second loss of Vargas against his 27 victories.

Twenty seven (27) seconds before timeout, Pacquiao landed a straight left flush to Vargas’ face that sent him to the canvas. It was the first time Vargas had been knocked down in a professional bout. 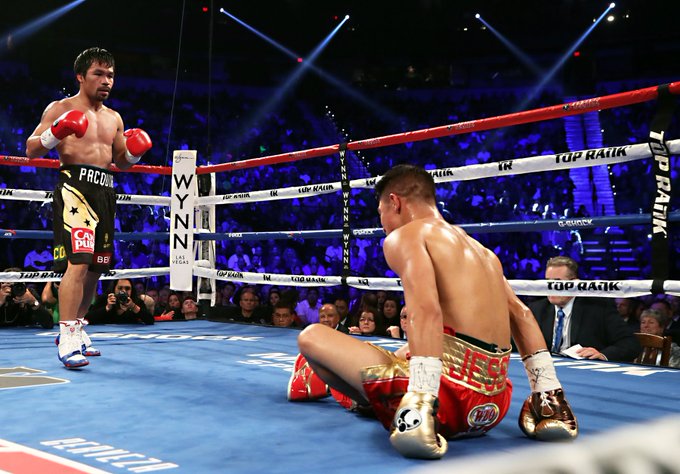 Man Down... Knockdown comes in the second round.
Photo credits to the owner.