A Day in the Life of a Sea Postie

Why Muscular Women Are Beautiful

Please stop calling me an Inspiration

Red Skelton was an iconic performer in the middle of the Twentieth Century. His long running television show was required watching on millions of American television sets from 1954 until 1970. His comedy spanned every medium available at the time, radio, television and stage. He was not just one of the funniest men ever to perform; he was also a talented painter and writer.

The son of Ida Mae Fields and Joseph Elmer Skelton, Richard Bernard Skelton was native to Vincennes, Indiana. His grocer father had been a clown in the Peru based Hagenbeck-Wallace Circus, the second largest circus in the United States during its heyday in the early Twentieth Century. Joseph died shortly before Red's birth. The family was poor, and Red began selling newspapers at an early age to make money for the family. Local legend suggests that Red's interest in show business stemmed from an incident involving Ed Wynn, a popular comedian at the time, who was performing in Vincennes. Wynn purchased every paper the boy had, and then took him on a tour of the show, even taking him backstage to introduce him to the performers. Red had to ability to make people laugh an extremely young age. He began performing skits at minstrel shows and a showboat, the Cotton Blossom.

Beginning of a Career

Skelton quit school at age thirteen and ran off to pursue a show business career. His mother let him go with her blessing. He started performing in burlesque shows and then graduated to vaudeville. He met Edna Stillwell at a dance marathon. The two would marry and have one child. Edna became his writer. Skelton gained fame and gained an invitation to perform at one of President Franklin D. Roosevelt's luncheons. By 1938, he obtained his first movie contract. His movie career lasted until 1956.

His first radio appearance was on the Rudy Vallée's The Fleischmann's Yeast Hour in 1937. He appeared with fellow Hoosier Joe Cook. Their performance led to two repeat performances later that year. He would get his on radio show, The Raleigh Cigarette Program, in 1941. Red developed many of the characters he would continue to use during his later television career. Clem Kadiddlehopper, The Mean Widdle Kid and others came to life under the Red's talented craft.

Divorce and Drafting into the Army

His marriage to Edna ended his married man deferment. Now classified 1-A, the army drafted him, which forced the network to cancel his popular radio show. The army placed him in the entertainment corps. He would perform ten to twelve acts a day to entertain the troops. The strain caused his health to decline. He spent time at a military hospital recovering form exhaustion and mental breakdown. The strain left him with a stuttering problem. While recovering he befriended a soldier that was expected to die. Red started trying to make the man laugh. He succeeded. The man recovered, and in the process, Red's stuttering problem disappeared.

Return to Radio and then Television 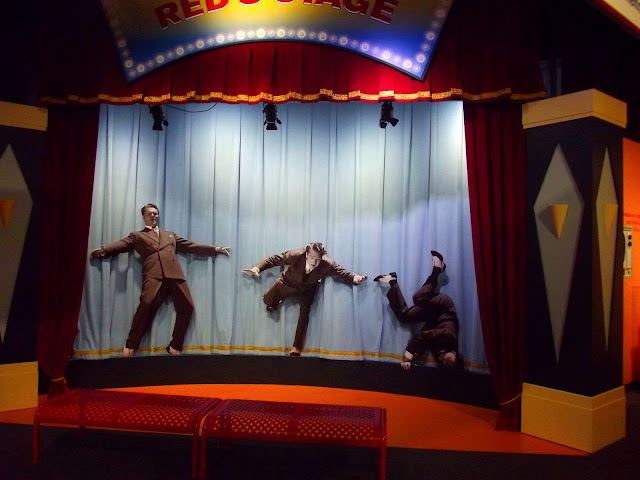 The army discharged him in 1945 and he returned to radio. He added more characters to his repertoire, including Cauliflower McPugg, Deadeye and San Fernando Red. The new medium of television started becoming popular. Red landed a television contract in 1954. For a few years, Red worked in television, radio and movies simultaneously. The workload became too great and his last movie was a flop.  His Red Skelton Show on television would run until 1970. In spite of good ratings, CBS cancelled the show.

Skelton returned to the stage in the latter years of his career. He performed live performances in theaters, nightclubs and at college campuses. He also appeared in numerous television specials.

Red began painting clowns in 1943. He did not show his work, considering it a hobby. His second wife, Georgia, persuaded him to show his art during one of his performances in 1964. He sold several paintings as well as reproductions and prints. Some estimate that Skelton made more money from his paintings than he did with his television shows. He also wrote one short story a day for many years. In addition, he penned many songs and symphonies. An avid gardener, he designed his own Japanese and Italian gardens. 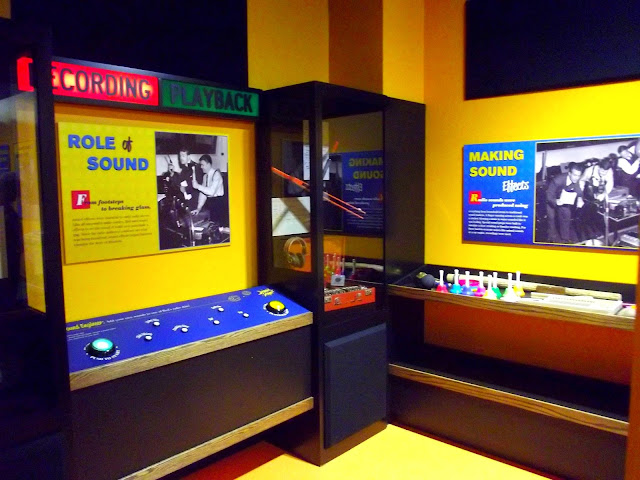 The Red Skelton Museum of American Comedy is a testament to the humor, art and music of Red Skelton. This fabulous museum includes five-minute video clips of Red Skelton's characters along with the props and costumes he wore while performing the skits. The museum spans Skelton's entire vaudeville, radio, movie and television career. Several pieces of Skelton's art are also on display as well as some of his books and music he composed.