What I Do Whenever Suicidal Thoughts Come To Mind

It's Not a Race

Belize: Adventure On The High seas 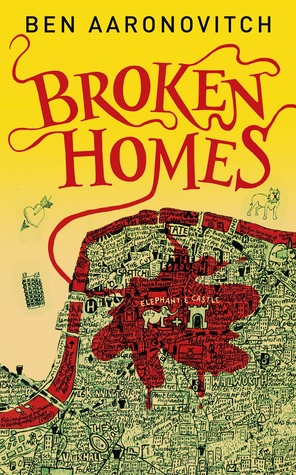 3.5 stars – an alright book but a little lacklustre

Ben Aaronovitch has stormed the bestseller list with his superb London crime series. A unique blend of police procedural, loving detail about the greatest character of all, London, and a dash of the supernatural.

In the new novel DC Peter Grant must head south of the river to the alien environs of Elephant and Castle. There’s a murderer abroad and, as always when Grant’s department are reluctantly called in by CID there is more than a whiff of the supernatural in the darkness.

Full of warmth, sly humour and a rich cornucopia of things you never knew about London, Aaronovitch’s series has swiftly added Grant’s magical London to Rebus’ Edinburgh and Morse’s Oxford as a destination of choice for those who love their crime with something a little extra.

Once again this was a little bit of a disappointment for about 50% of it which was a bit rubbish in honesty. The books seem to be steadily getting less and less magic based and more and more police based – sort of like the magic has fizzled out and Peter is just a regular copper now.

This book was basically about a housing estate in Elephant and Castle that somehow was the centre of this massive magical oil rig which was being targeted by The Faceless Man and was eventually blown up. The point of blowing the building up I’m not exactly sure but hey what can you do?

One thing I really liked was the introduction- proper introduction of the Night Witch, Varvara Sidorovna – and her subsequent demise and ultimate “incarceration” with The Nightingale. She kind of had this whole I’m a bad ass thing going for her, which in the grand scheme of things, is a big improvement on the magic front.  Even Nightingale did more magic than Peter.

Philip told me proudly that his mum had ceased to be a practicing Catholic the day after he came out.

‘She says she will go back to the Church the day it apologises,” He said.

I really really liked the above quote, I’m so sick of seeing people be homophobes because of religion (Disclaimer: I am not religious in any way, shape or form and therefore have no basis to discriminate. Any opinions I do have are entirely my own and are no representation of my blog, my life or my company.) You usually find someone who is either one way or the other – either for or against – and they’re usually squarely on one side of the pitch and have no plans to deviate from that side and it’s nice to see a character take the side of their homosexual son/daughter; it’s rare and usually poorly written.

There is, despite the unfortunate lack of magic in this book, the same casual humour that marks a Ben Aaronovitch book:

Never mind all that, says your brain,  it’s those silent fur-covered merchants of death you’ve got to watch out for.

In 1666, following an unfortunate workplace accident,  the city of London burnt down.

Humour that really, is so dry it can be used as kindling but it’s just so good and so typically British.

Another I liked – very similar to the previous books however:

My next big issue with this book was Lesley.  What the actual fuck? That’s all I’m saying because I refuse to give a spoiler for those who haven’t read the book yet and have plans to. Just know that my original feelings for Lesley’s character have now been thoroughly blown to smithereens, ironically a lot like the Skygarden Estate.

My partner was waiting for me to finish the book so he could have a rant with me and we both ranted long and well.

There were a lot of parts to this book I did like but the overwhelming lack of magic has pushed this book and it’s 2 predecessors firmly into the crime with a small sci-fi twist rather than straight sci-fi.

We’ll see where the next two books take this series shall we?