Book Review: Awaken the Giant Within

How I became a Dragon by Suzanne Mondoux (Review)

Putting Together A Bar Cart with Secrets of a Party Planner

Review: To Have and To Hold by Lauren Layne

I Want a Taco Truck on My Corner!

Actionable insights from The Obstacle Is The Way

Are You More Than a Fashion Statement?

The Hundred Lies of Lizzie Lovett 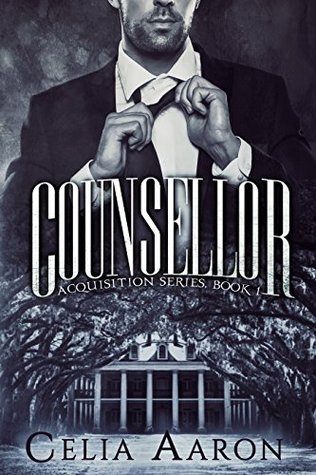 3 stars – A good if a little overdone concept

Originally posted on my blog

In the heart of Louisiana, the most powerful people in the South live behind elegant gates, mossy trees, and pleasant masks. Once every ten years, the pretense falls away and a tournament is held to determine who will rule them. The Acquisition is a crucible for the Southern nobility, a love letter written to a time when barbarism was enshrined as law.

Now, Sinclair Vinemont is in the running to claim the prize. There is only one way to win, and he has the key to do it — Stella Rousseau, his Acquisition. To save her father, Stella has agreed to become Sinclair’s slave for one year. Though she is at the mercy of the cold, treacherous Vinemont, Stella will not go willingly into darkness.

As Sinclair and Stella battle against each other and the clock, only one thing is certain: The Acquisition always ends in blood.

This book ended with far more questions than answers and I was a bit more confused than I probably should have been. Although an okay little book I felt it was a theme that is slightly overdone nowadays and that put me off a little.

The main characters Stella Rousseau and Sinclair Vinemont are agreeable to a point. I don’t think much of Stella in all honesty as she appears to be a bit flaky – feisty one minute and then completely submissive in the next – and that was annoying. I like my characters in this type of book to be a little more on the same track for a bit longer than to constantly switch from one extreme to the other.

Vinemont as he is not so affectionately called throughout the majority of this book on the other hand is a little more depraved than I would have first thought in the beginning.

The whole issue of the Aquisition is totally vague apart from the first trial which again is slightly more depraved than I would have expected despite the warnings. The Aquisition remains vague throughout and none of the questions Stella has is openly answered where it makes things clearer.

The Aquisition thing had a very old  world vibe to it and the “ruling families” were all old money as you could clearly guess.  It’s been said before that old money is the worst and in this book I’m inclined to agree. The people feel like they’ve got this massive amount of power over the Aquisitions  and enjoy lording it over them in no uncertain terms.

There were two other brothers – Teddy and Lucius – Teddy was a decent kind of kid, college age with aspirations of being a hot shot lover (with a maid, can you imagine the scandal?!) And not depraved in any way. Lucius on the other hand made my skin itch and Stella willingly chose Lucius over Sinclair at the end of this book even though she hates him. I just didn’t get it.

Despite these negatives I did enjoy Counsellor to an extent but I don’t feel like the series is for me. It read a bit like Pepper Winter’s Debt Inheritance and I DNF that one so that shows something with regards toCounsellor.

I think Teddy and the group of makeup artists and masseurs that Sinclair got in for the ball were the best bits about this book.  I loved the Russian slinging match between Lucius and the masseur even if I didn’t understand a word of it. Alex – a flamboyant homosexual makeup artist (a little stereotypical if you ask me) was great, he was just the right kind of character to keep the book from being too dark and depressing.

The ending was a cliffhanger to be sure although it didn’t really make me want to rush out and get the next one. Maybe in a few weeks time I might get it and see what happens as the next book is about Lucius and Stella *shudders*