The Lord of the Rings Soundtracks

YOUR COMFORT AND SAFETY IN THE AIR

How Turning Mute Made Me Better Not Bitter #Lesson 13

Medicine in your body

Interiew with the purser Yanitsa Valeva

Reality check: You're not "adulting" you're growing up

Is there a doctor on board?

Somebody Wants to be Old School, Come "Hell Or High Water"

What to Wach: The Darjeeling LImited 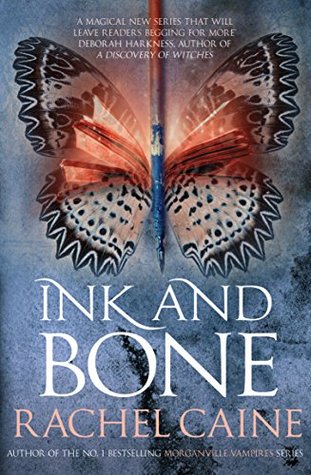 Originally posted on my blog

In a world where the ancient Great Library of Alexandria was never destroyed, knowledge now rules the world: freely available, but strictly controlled. Owning private books is a crime.

Jess Brightwell is the son of a black market book smuggler, sent to the Library to compete for a position as a scholar . . . but even as he forms friendships and finds his true gifts, he begins to unearth the dark secrets of the greatest, most revered institution in the world.

Those who control the Great Library believe that knowledge is more valuable than any human life—and soon both heretics and books will burn. . . .

Ink and Bone was probably one of those books where I originally wasn't 100% sold on reading it when it came out - it wasn't something I thought I would enjoy not like I enjoyed the Weather Warden and Outcast Season books and although it's taken me over a year to get round to reading it I have to say I'm certainly glad that I did.

For those of you who have never read Rachel Caine's other books this is probably as good a place as any to start however if you have read her other stuff but haven't read this yet? Get in there.

So Ink and Bone is set in a Dystopian universe where the Great Library of Alexandria was never destroyed and books are like gold dust (they should be anyway but this a whole new level of obsession) smugglers and Burners abound in this alternate reality and The Library hold all the cards. Real books are taken by the Library for archiving and they're replicated into a new form called a  blank - which is basically a copy of a book in particular.

The story starts with Jess Brightwell doing a run for a customer as per orders from his father - the head of one of the biggest smuggling rings in London - where an original copy of a book is to be delivered to the buyer no questions asked. As a young child Jess is - as expected - pretty impressionable but he also retains his own sense of purpose and sense of right and wrong unlike his twin brother. The "client" who requested the rare book is actually an ink-licker - a book eater - and Jess witnesses the ink-licker devouring this rare one of a kind book and he loses his flagging appreciation for the smuggling trade altogether.

His father makes a good point to Jess by accusing him of having ink in his blood as Jess has a bigger appreciation for the books he's supposed to be smuggling than the family business. His twin -ok the other hand - is the exact opposite and loves being a smuggler and criminal. The ink-licker  ends up dying due to a knife in the back and we find out later on that Brendon (Jess's twin) potentially did it.

Jess's father buys him a position into the Library testing to become a Scholar and so begins the story of Jess and the Library.

Jess is out through a series of gruelling tests and to be perfectly honest I think the worst of the lot is putting up with his stuck up roommate Dario but Jess prevails throughout these tests and the trials he and the other postulants go through - including a few near death (and certain death) experiences - Jess is a success even if his tutor is aware of his past and family connections.

I loved the writing style as it's just so Rachel Caine and her work always keeps me intrigued. I also loved the potential (pretty sure and I ship it) relationship between Scholar Wolfe and Captain Santi, it's got a very good and very clear backdrop and love is love - adore it.

Some of the other postulants were a little unlikeable at first but they did grow on me and the best postulant besides Jess is Thomas and man is he wicked smart.

I also didn't like the Artifex Magnus - he just came across as totally slimy and 100% "I'll do anything to make sure the Library stays in power" attitude and I mean anything.

It was all around a very good book with some good and humourous dialogue but also the very serious side to it in terms of the war between the English and the Welsh and the war between the Library and the Burners. Now Burners are a very interesting concept and I can't wait to see where the next book Paper and Fire takes the series.