These 4 Content Hacks Can Simplify Your Lead Generation Process

What I Wanted to Say

NOT SURE WHAT’S IN STORE FOR YOU?

These days, you’d be hard-pressed to find a business that hasn’t come to embrace social media. Top social media mainstays like Facebook, Twitter and Instagram have established themselves a boon to many businesses’ promotional efforts. Not only do they allow companies to keep loyal patrons in the know, they also provide them with effective outlets to attract new customers. As such, the rise of social media has been particularly beneficial to online stores and their proprietors. However, this isn’t to say that businesses don’t have to put any effort into their social media endeavors. In addition to crafting enticing posts on a daily basis and organizing various contests, you’ll frequently be called upon to engage with current and prospective patrons. When interacting with these individuals, the following rules of conduct are sure to serve you well. 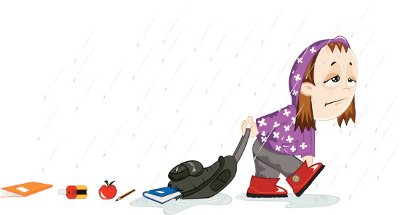 When presented with a query or concern from one of your social media followers, it’s in your best interest to respond in a timely and professional manner. This will illustrate your dedication to prompt customer service and show your followers how much you value their input. The more personal investment they feel in a store’s success, the more likely consumers are to support it. On the flipside, dragging your feet and offering delayed responses creates the impression of indifference. Even if you create a great ecommerce website, your social media followers are unlikely to support it if they don’t feel valued.

Be Mindful of Your Tone It’s easy to come off as flippant or dismissive when interacting with people online. Since online interaction lacks many of the subtleties and nuances of in-person interaction, offense is often inferred when none was actually intended. For this reason, it’s imperative that you put genuine thought into all of your social media interactions. Before hitting “send”, read over each response and think about any ways your words could be misinterpreted. In the age of instant feedback, being mindful of one’s tone and word choices has become more important than ever.

Some people thrive on starting arguments online. In some cases, these are people who overreact to perceived slights; in others, they’re people who cause trouble for the sake of causing trouble. Whenever someone replies to one of your posts with a combative or outright nasty remark, it’s recommended that you avoid taking their bait. Instead of allowing yourself to be goaded into an argument, simply ignore troll posts or report them to site administrators if they violate certain rules of conduct. This isn’t to say that all grievances should be shrugged off, but profane and/or threatening posts are not worthy of your time or attention.

It’s easy to see why so many businesses have incorporated social media into their regular promotional efforts. Popular social media outlets are free, easy to use and highly effective at attracting new customers. Furthermore, they provide businesses with a direct line to their patrons. When engaging current and prospective customers, make a point of offering prompt responses, being mindful of your tone and avoiding traps set by trolls and online ne’er-do-wells.