The Bounce Back 'Set to Releasein Theaters Nationwide on December 9, 2016

How to eat with Adrenal Fatigue

Life In My Perspective

WANT TO GIVE BACK?

The Bounce Back 'Set to Releasein Theaters Nationwide on December 9, 2016

On Tuesday, November 29, 2016, the cast of the upcoming movie "The Bounce Back" were available for a screening and panel in NYC.

This romantic comedy's story is one to help one to believe in finding the courage to love after love has let you down again as Shemar Moore (Criminal Minds/ The Young And The Restless/ The Brothers/ Diary of a Mad Black Woman), Bill Bellamy (MTV/ Love Jones/ How To Be A Player/ The Brothers) and Nadine Velazquez (Flight/ The League/ Ride Along 2/ Real Husbands of Hollywood) come together on the silver screen for the romantic comedy, The Bounce Back. The film, produced by Bounce Back LLC and owned by Shemar Moore in partnership with Ray Brown,is a true testament to the dedication and support of Shemar Moore's dedicated fan base who were instrumental in bringing the film to life. The Bounce Back will launch in theaters nationwide on December 9, 2016. 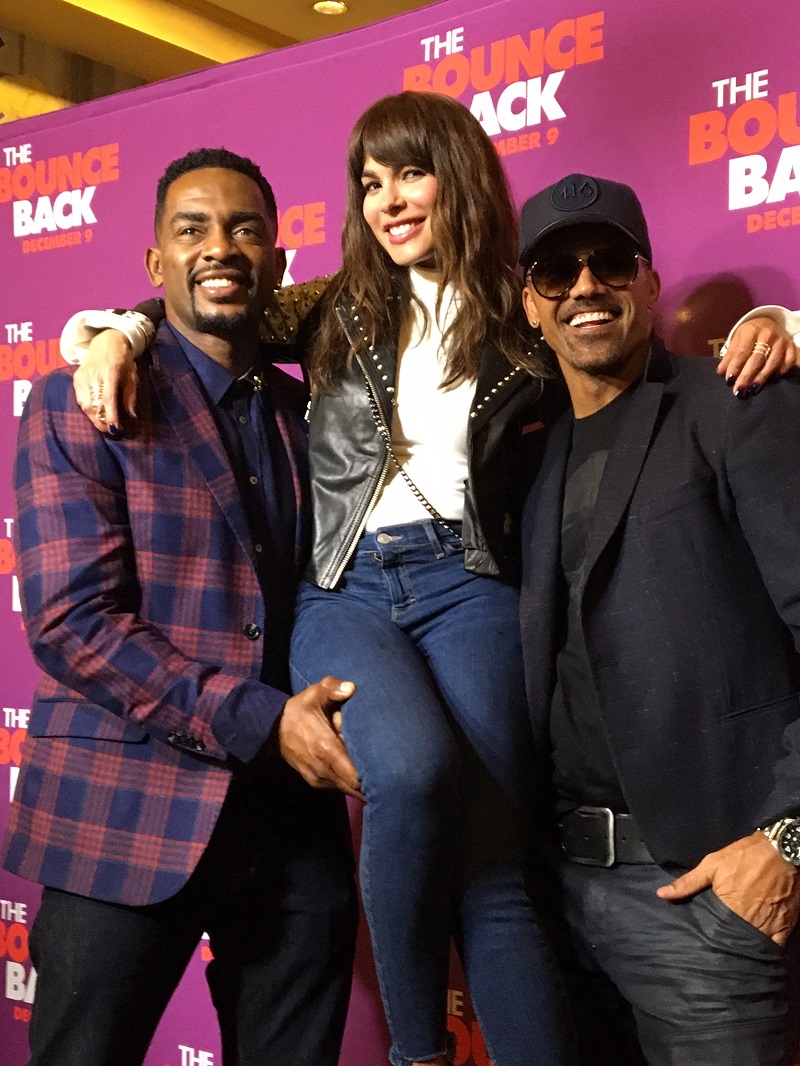 Matthew Taylor, played by Shemar Moore, is a single father, author and relationship expert who is on a whirlwind book tour promoting his new best seller, The Bounce Back. He has got it all figured out until he meets the acerbic Kristin Peralta (Nadine Velazquez), a therapist who's convinced he's nothing but a fraud. Matthew's life is turned upside down when he inadvertently falls for Kristin and has to face the painful truth of his past relationship.

"I think there is a wonderful poetry to the idea of risking it all for love," states Shemar Moore, "After I put down the screenplay for The Bounce Back, I knew I had to make this movie simply because I believe in love all the way down to the fabric of my being."

Through grassroots efforts, Moore's fan base helped to kick-off the initial funding, which was solidified by Moore's personal contribution to independently bring this film to fruition. Moore promotes a multi-market screening tour for The Bounce Back with cast members for fans to view the film followed by a Q&A. Tour markets will include Miami, Chicago, Houston, New York, Atlanta and Los Angeles.