The Dehumanizing Nature of War:Son of Saul

What Makes You Feel Beautiful?

My Book Review of Sheryl Sandberg's Lean In

Review: The Unbecoming of Mara Dyer by Michelle Hodkin

I am recently Black

How to spend a weekend in Edinburgh

Top ten things to do in Java

Why this is the most important season yet for Jack Wilshere at Bournemouth.

The Dehumanizing Nature of War:Son of Saul

This was originally a blog post, which is a review of one of my favourite films in this decade. Feel free to comment below.

The Holocaust is becoming an increasingly common theme for directors, and one wonders if the stories and the execution are becoming repetitive. No one could make that mistake with Son of Saul, a deeply disturbing Holocaust film which creates a claustrophobic world with a devastating impact. It’s unique execution does not only make the film stand out from the rest, but also raises new questions regarding the horrors of war.

Son of Saul looks into the lives of the Sonderkommandos in the Auschwitz death camp, with particular focus on a certain Saul Auslander(Géza Röhrig). Sonderkommandos are responsible for cleaning up the Nazis’ dirty work, carrying the bodies away and wiping the blood stained floors of gas chambers. After one such gassing, Saul finds a boy still breathing and fervently believes him to be his son. The boy is dead a few seconds later, but Saul doggedly scrounges for a rabbi in order to give him a proper burial. The film doesn’t tell us whether the boy is Saul’s son or not,that is for the viewer to decide.

Son of Saul has faced it’s fair share of detraction, with some critics criticising it for blurring the images of dead bodies and not showing the brutalities in the camp. But that is not the film’s point. It isn’t a film like Schindler’s List, which is emotional catharsis for those affected by the war, and offers some hope for the goodness in man. Nor it is a film like Come and See, which heaps the brutalities inflicted by the Germans on us, leaving us emotionally shattered and horrified, and aghast for living in such a world. Son of Saul is about the dehumanising aspects of war. The strewn dead bodies are blurred to highlight the fact that this is perfunctory for the Sonderkommandos, not because the director wanted to play it safe. They have reached a stage of saturation; they do not care anymore as long as they survive. 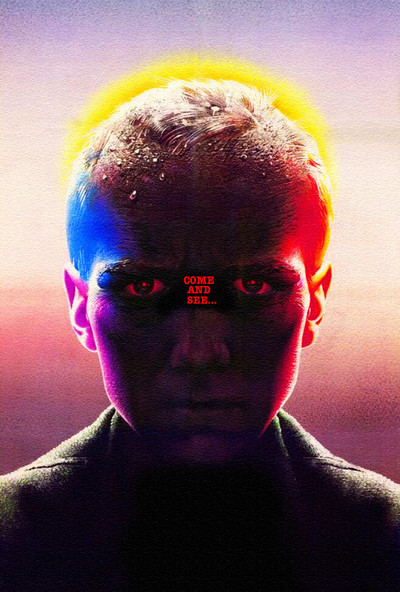 This dehumanising aspect has been accomplished with élan by director Lazslo Nemes and cinematographer Matyas Erdely. They shot it in 35 mm film, giving the scenes a shallower focus. There are no first person perspective shots, and the camera is placed on Saul’s shoulder and follows him around. Any person who is not in the frame of Saul’s eyes is blurred, and this includes the dead bodies surrounding him. The brilliant use of 35 mm film creates a claustrophobic atmosphere, which shows the severity of the conditions the Sonderkommandos live in. The film’s atmosphere is rife with a sense of bleakness and austerity, seemingly devoid of any hope in humanity. It gives one the feeling of being crushed by the towering walls of evil, where one cannot express emotions and the only hope is survival.

Géza Röhrig is a professor and this sort of casting is reminiscent of the Neo Realist years, where actors were picked up from the streets because they suited a particular role. In a certain sense, he offers expressions which no actor can. He barely lets out an emotion until the end, and portrays his character with sullenness. The people surrounding him appear to be stripped of their emotions, and their only concern is that of survival. Once they get news that their survival is threatened, they plan to stage a coup to escape the brutal deaths which they were involved in. The characters only offer a chilling stare when spoken to, and perform their tasks with ruthless efficiency. A lesser director would have shown the bodies around, making us enraged at the atrocities at the death camps, but the film’s theme would be heavily compromised. The characters look as if they are all in a Bresson movie, except that their emotionless faces don’t have any underlying emotions within them. The daily battle for life and death has made them all lose their humanity. The brutalities inflicted on the bodies are not their concern anymore; they just need to do their job. Once a person manages to grasp this theme, he is simultaneously hooked and disturbed.The contagious nature of evil has been depicted splendidly, as the Nazis have managed to transfer some of their apathy towards the Jews. The direct implications of war are well known, the countless deaths, the physical and mental torture and the ruthless carnage have been well documented in film. But few have managed to question the dehumanising impact of wars on the survivors. This makes the film a difficult watch, horrifying and forcing us to think deeply about a different aspect of war. For a debut film, that is beyond outstanding.