THE MISCONSTRUED ACT OF GIVING IN THE CHURCH

In Dreams we fall

You - A Place called Home

A twist on Buffalo wings

Just Royal Things: The Queen Has A Vineyard In Her Garden

10 Amazing Examples of Mind Over Matter

The importance of having an activity table for your kid

THE MISCONSTRUED ACT OF GIVING IN THE CHURCH 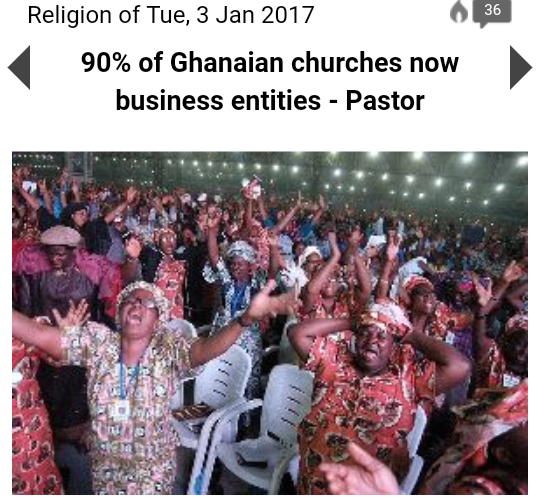 Could it be true?

In recent times, there have been arguments about how most churches have now being turned into money making ventures. This is a result of some pastors exploiting their church members for monetary gains through promises of miracles, healings, financial breakthroughs, marriage, etc.

Another argument that has generated controversy in recent times is the assertion of the Gospel of Christ being turned into a prosperity gospel. This is as a result of most church sermons being based on the essence of giving, tithing, etc. and the accompanying blessings that come with it. In most cases, Abraham is used as a reference point to demonstrate the blessing prowess of God.

There’s this new trend that has crept into churches lately and that is the practice of  “Sowing into an anointing”. Some pastors claim they have a distinct anointing on their lives so they stand before congregations and ask them to sow into their anointing with the belief that, there will be a transfer of that anointing unto anyone who sows into the anointing.A specific amount is mentioned, usually, very huge amounts and congregants who can afford step forward and give their monies to the pastor and he, in turn, lays his hands on them to signify the transfer of the anointing unto them. I have nothing against people blessing pastors with money, gifts etc. but my understanding of the role of an anointing is, it sets an individual apart from the lot for a particular assignment.  I remember David being anointed by Samuel to become king. (1 Samuel 16:1-13).

When the burden of leadership was becoming too heavy on Moses, he cried out to God and God told him to gather together 70 men of the elders of Israel so he’d take the spirit that was on him and impart it in the 70 elders. After the spirit was imparted in them, they started prophesying which they had never done before, they took up greater responsibility to support Moses, they ministered to the people and they released the Holy Spirit to bless others in a more powerful way.(Numbers 11:24-25)

Also, when it was time for someone to succeed Moses and lead the Israelites, God commanded Moses to lay hands on Joshua. This was also another act of impartation. The Greek word for impartation is “metadidomi” meaning to give over, i.e. share or give. From all these instances given, impartation didn’t involve money and was for a particular purpose. It makes me wonder whether the act of giving money and hands being laid upon people for the transfer of an anointing is right.

The reason why I’m making a fuss out of this is because some people leave their churches and go to these so-called prosperity acclaimed churches. The purpose of serving God has now been ignominiously equated to monetary gains. People now serve God based on what they’d get from him and not out love and developing a personal relationship with him. That’s why you’d see a mother carrying her whole salary to church just because the pastor asked them to do something crazy for God or show him, love. For all you know this money includes the fees of her children and other remittances. Abraham’s act of sacrifice is usually used as an example of making great sacrifices for God. I begin to wonder how wicked God can be that he’d take your offering at the expense of the welfare of your family. Even in Abraham’s case, God didn’t take his only son. Even if God had taken Isaac, Abraham had a plethora of animals to feed himself and his family. He had people who served him and were more like his family. The principle of giving is now akin to a micro-finance company- customer relationship. Where people give to the church expectantly to recoup their monies with interest  from God.

From my point of view, the greatest act of giving was done by God when he gave his son Jesus Christ out to come and die for the salvation of humanity. He did it out of love and not for doing sake so I believe God set the precedent for giving in the name of Love. (John 3:16)

Another instance of an offering being done out of love to God is in Genesis 4:3 where Cain brought of the fruit of the ground an offering unto the Lord while Abel, on the other hand, brought of the firstlings of his flock and of the fat thereof. And the Lord had respect unto Abel and to his offering and unto Cain and to his offering, he had not respect. Could it be that God gave respect to Abel’s offering because he gave out of love?

Another instance of giving which took a different twist is in Mark 12:41-44 where Jesus sat opposite a place where offerings were put and watched the crowd put their money into the temple treasury. People threw in large amounts but a poor widow put in coins. At the end of the day, Jesus said the widow gave more than the others because out of poverty, she gave everything but the others gave out of wealth. I believe without love for God, the poor widow couldn’t have done that.

Since Abraham is usually used as a symbolism of God’s ability to bless in abundance, I delved deeper into his life and found out some interesting things. In Genesis 12, God told Abraham to leave his dwelling to a land He will show him. He then told Abraham he’d bless Him, make him a great nation, make his name great and in him will all families of the earth be blessed. Abraham obeyed and departed. When Abraham reached Moreh, God told him “Unto thy seed will I give this land” and there Abraham built an altar unto the Lord. When he moved unto a mountain east of Bethel, Abraham did the same thing. After Lot and Abraham had divided the land amongst themselves, God promised Abraham He’d give Abraham all the land he can see and make his seed like the dust of the earth. (Genesis 13:15-16). After this visitation, Abraham built an altar again unto the Lord. In the old testament, the primary reason for building altars was for animal sacrifice. The Hebrew word for “altar” is “misbeach” which is generally translated as “to slaughter”. However, altars were made for purposes such as worship, to commemorate an encounter with God, etc.  From this scenario, one can discern that, Abraham had a good personal relationship with God, that’s why God could direct him and he obeyed. Secondly, Abraham built an Altar in this scenario without being told to. Could it be that he did it out of love and reverence for God?

I decided to read further and came across another interesting act by Abraham. After God had promised to multiply Abraham exceedingly & give him a child born out of Sarah’s womb, he encountered three men whom unknown to him were angels ( I recently learned God was one of them). He accommodated these men hospitably in his house and fed them. After eating, one of the men reiterated to him God’s promise to give Sarah a child (Genesis 18:7-10). Even though God promised to bless Abraham and give his wife a child, would the promise still have come to pass if Abraham had been hostile to these men he didn’t know? How do we treat strangers we come across as believers? Could it be that some strangers we meet hold the answers to our prayer? What could have made Abraham go out of his way to be hospitable to these strangers if not love?

And finally, God had to swear by His own name and promise Abraham “That in blessing I will bless thee, and in multiplying I will multiply thy seed as the stars of heaven, and as the sand which is upon the sea-shore; and thy seed shall possess the gate of his enemies; And in thy seed shall all the nations of the earth be blessed” because he did not withhold his only son whom he so loved away from God.

Abraham proved to God beyond reasonable doubt that he loved God, not because of the blessings he showered on him but rather he loved God for who He is. This is a man who had a very good personal relationship with God and heard from Him on countless occasions. This is a man who acceded to the commands of God irrespective of the circumstances or the consequences. This is a man full of love and he demonstrated it to God and even strangers in the case of the three angels. I believe Abraham was blessed exceedingly because of these qualities he possessed and not the singular act of not withholding his only son, Isaac from God.

Can we as believers boast of having a cordial relationship with God? How many times do we hear from God? When God asks us to leave our comfort zone and go to a place we’re unfamiliar with and isn’t luxurious, would we hearken to his call? Are we hospitable to our others? Have we reached a point where God can test our love for Him?

WHERE IS THE LOVE?

IN GOD WE TRUST