The Most Popular Spells in the Wizarding World of Harry Potter

A new perfume industry commanding a share in the market

5 best casual restaurants you must try in Sydney

5 Great Opportunities in 2018 for Young Entrepreneurs

A Culture Preserved Through the Ages: Itchiku Kubota’s Kimonos and the International Chodiev Foundation

The Most Popular Spells in the Wizarding World of Harry Potter

The Harry Potter Universe has so far maintained to captivate its fans with its enthralling world even after almost two decades of release. It has maintained the position to be one of the most captivating and fascinating book franchises to ever exist in the century. With the increase in popularity of books, came Harry Potter movie series along with spin-off and prequel, Fantastic Beasts and Where to Find Them.

From the Peppermint Toads to Avada Kedavra, the muggle fans have always been delighted to delve into new wizard communities. The magical halls of Hogwarts have stunned the fans and inspired them to discover the new spells. Harry, Hermione, and Ron had to contend with McGonagall’s lectures and Professor Sprout’s class to learn the magical spells. However, even though The Ministry of Magic may have misplaced our Hogwarts letters, here are some of the most popular spells:

Alohomora, aka The Thief’s Friend, is one of the most famous spells in the wizarding world. The charm unlocks and opens any doors or windows without magical protection. However, it can also open the doors locked using Colloportus or Locking Spell.

Users: The spell was used by the erudite, and overly cautious Hermione Granger, played by Emma Watson, in Sorcerer’s Stone to pass the forbidden entrance into the third-floor corridor at Hogwarts. Ron must be in rage seeing his Hermione dating Glee‘s actor, Chord Overstreet.

Also, Lord Voldemort used this spell to get into Harry Potter’s house to take Lily and James down.

Obliviate, aka The Forgetfulness Charm, is a memory swiping charm used to remove memories of an individual’s mind. The Memory Charm is used to erase specific memories. However, irresponsible removal of a large portion of memory can cause brain damage.

Users: The spell was used by Hermione on her muggle parents to make them forget about her during the Second Wizard War.

Also, Gilderoy Lockhart uses this spell to wipe his own memory accidentally.

Expelliarmus ranks the highest in the most commonly utilized spells in the series. This spell is an instant way to disarm an opponent for any witch or wizards in a duel. The incantation is derived from Latin words, which means “weaponry” or “arms”.

Users: This spell is used by Harry Potter multiple times in the series including in a duel to kill Lord Voldemort.

Sectumsempra is a potentially lethal and harsh spell that prevents reattachment of the body parts it severs. It is a mouthful curse invented by the troubled teen Severus Snape that carves gashes into the victim.

Wingardium Leviosa is one of the most memorable spells in Harry Potter because of the adorable Hermione’s bossy remarks on Ron. This spell is commonly used for levitating objects.

Users: This spell is used multiple times in the Harry Potter however, Hermione was the first to nail the spell in the classroom. 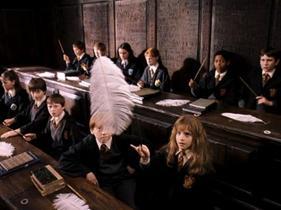 Accio is the summoning spell in the wizarding world. The incantation, “Accio”, summons the objects towards the wizard. The word is derived from a Latin word meaning, “I call for”, or “I summon”.

Users: Accio is one of the most common spells in Harry Potter. Harry uses this spell in Harry Potter and the Goblet of Fire to summon his Firebolt broomstick.

Expecto Patronum is one of the difficult and the only defense spell to get rid of the loathsome soul-sucking Dementors. It is used to summon or call upon a corporeal animal that acts as our spirit-guardian. 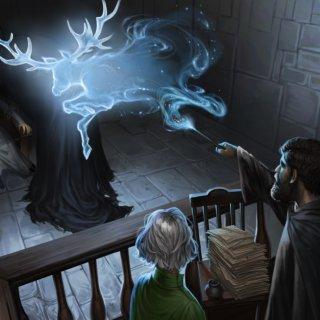 Imperio, or Imperious Curse, provides limited control of targets actions. Practically, the target can be made to do anything. Only a person with very strong will may be able to resist this curse. Hence, the curse is “unforgivable” and forbidden by the Ministry of Magic for its sinister applications.

Users: Lucius Malfoy used the spell on Broderick Bode and Sturgis Podmore to steal a prophecy. 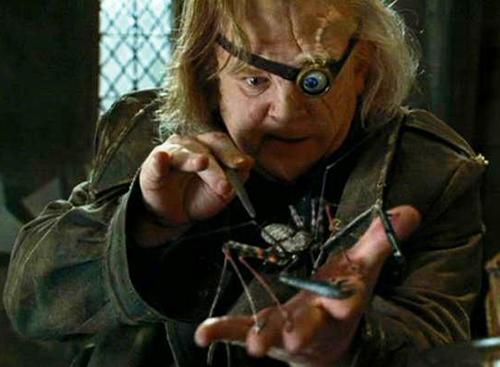 Crucio, aka the Torture Curse, is one of the three Unforgivable Curses. The curse inflicts extreme pain which causes grueling torture.

Avada Kedavra is one of most dangerous in the three deemed Unforgivable Curses. Unlike other curses, it kills the target instantaneously and painlessly. The spell is so cruel that it does not even leave any trace or mark of violence.

Users: The spell is used by “Mad-Eye” Moody in one of his Defense against Dark Arts classes on a spider. Bellatrix was also the one to use this spell to kill Sirius Black in the movie, Order of the Phoenix.

Also, the spell is profoundly used by the Dark Lord to demonstrate his evilness including on Harry Potter. However, the spell backfired making Harry one of the Horcruxes.