ALLAH IS NOT OUR GOD

I Hereby Pledge to Say “No.”

Eight or Twelve for a Penny

Love Is a Superpower 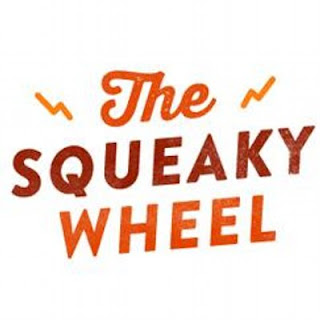 The History of the Civil Rights Movement is one wrought with protests, riots, violence, murder, injury and injustice. Crowds of people, the disenfranchised wanting to be seen by the white establishment, peaceful protesters wishing for their cause to be heard and others just wanting to vent their frustrations acted to try and change the plight of people of color within the country which they had helped to build and prosper and call home for their children and families.

Why did these people, these pillars of American society have to act with such resolution and vigor to fight for rights that rightfully belonged to them as human beings? And why were they WILLING to place their reputations and lives on the frontline to attempt what many claimed to be useless on their part? Things had been the same for the Black man and that is how the majority planned to keep it.

Law enforcement met the protesters with force, not withholding brutality. Countless arrests were made, but protesters continued to meet police head to head and toe to toe, until, Black Leaders began to ORGANIZE. They organized protests, such as: where and when to protest; shifts of protesters; medical aid and relief for protesters; transportation for protesters; childcare and other support to keep the MOVEMENT going. And INDEED it was a MOVEMENT, not just CHAOS!

YET, if it had not been for the rioters, the extreme methods of the BLACK PANTHERS and even the looters, I ask you, "Would the MOVEMENT have gotten the serious attention and notoriety needed to propel it into urgency and legitimacy?

I am not condoning or promoting such behavior, but offering an explanation to those who just cannot understand the logic of what is happening in our cities today.

It makes NO DIFFERENCE if Black men are shot by Black policemen or White policemen. The underlying problem is that of inequality and injustice to people of color!

Law enforcement continues to make the SAME MISTAKES as were made during the BEGINNING of the ONGOING Civil Rights Movement! Martin Luther King's DREAM has not yet been ACHIEVED! Arresting people did not STOP the MOVEMENT! It STRENGTHENED the movement.

America continues  to be OUT OF TOUCH with the HEART of BLACK SOCIETY. What you see as lawlessness is an act of WAR in which to the VICTOR goes the SPOILS. Is it SELF-SERVING? OF COURSE IT IS! And it represents the robbing of the dignity, lives and opportunities of Black People that continues not to MATTER to a blind society who can ONLY see the color of one's skin. It represents the PROFILING and the ITCHY TRIGGER FINGERS QUICK to LABEL and CONDEMN. It represents the FEAR that continues to be instilled into White America to keep the Black Man oppressed and imprisoned because he is seen as intimidating to his white counterpart.

NO, I am NOT CONDONING violence and rioting, AMERICA has left the Black Man with NO OTHER CHOICE, but to ONCE AGAIN be the SQUEAKY WHEEL in America!

Can we have PEACEFUL PROTEST? YES? BUT WILL WHITE AMERICA HEAR? Will White AMERICA CHANGE?  Will we see the law enforcement and legal system CHANGE so that the Black Man is not a TARGET and a SCAPEGOAT for American society?

Go ahead, send in more law enforcement officers to beat down and arrest and oppress the people, who consists of many races, but don't forget that YOU CREATED AND FUELED the MOVEMENT!  You cannot arrest EVERYONE who believes in a CAUSE! It will not go away until your METHODS change to represent the REAL PROBLEM!

Your servant and soldier, by the Grace and Mercy of God,