Emotions, Enjoyment and a Comic Sensibility

Knowing About the Three Types of Rubber Moulding Methods

Why is Barcelona unique?

Make Your Work Easier and Convenient with Demolition Contractors

My Week With The Elephants

Understanding Christ through His Shadow

Easter is coming and in honor of that, we will take a look at some of the peculiar but very endearing Easter traditions. While strange to foreigners, they are deeply rooted into the nation consciousness and are vital to Easter just as much as painting eggs and eating ham for the Easter breakfast. 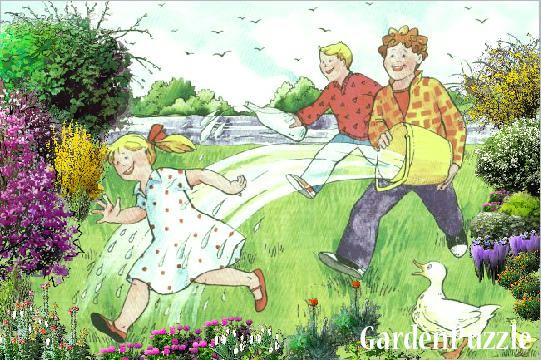 You confused already? Yes, this is not some silly children's game, but a tradition spanning several centuries. But, what is it? What's the point? To quote Wikipedia:

Śmigus-Dyngus (also known as lany poniedziałek, meaning "Wet Monday") is a celebration held on Easter Monday in Poland. It is also observed by Polish diaspora communities, particularly among Polish Americans, who call it Dyngus Day. Similar celebrations are held in the Czech Republic and Slovakia (Oblévačka in Czech, Oblievačka in Slovak, both meaning "Watering") and in Hungary, where it is known as Vízbevető or "Water Plunge Monday". Traditionally, boys throw water over girls and spank them with pussy willow branches on Easter Monday, and girls do the same to boys on Easter Tuesday. This is accompanied by a number of other rituals, such as making verse declarations and holding door-to-door processions, in some regions involving boys dressed as bears. The origins of the celebration are uncertain, but it may date to pagan times (before 1000 AD); it is described in writing as early as the 15th century. It continues to be observed in central Europe, and also in the United States, where certain patriotic American elements have been added to the traditional Polish ones.

It's obviously a great way to catch new potential suitors for both genders! :-) As an interesting side note, it take its origins after very old pagan rituals closely connected to the spring cleansing, purification, and fertility. The name derives from dingen - the god of nature. We can conclude it is more than a random tradition - it's a part of the Slavic culture, very much forgotten, that predates the Polish-Christian culture we known today for several centuries.  How it looks like in real life:

While the Easter tradition in Poland is as old as water, the Norwegian one is... well... much younger, if that's the right way to put it. You wonder what can it be?

I posted about Paaskekrim several years ago, but with the increased interest in Scandinavian crime, especially the large number of Scandinavian authors now available in English, I thought I should repost about Norway's Paaskekrim (Easter Crime)! Holy Thursday through Easter Monday is a public holiday in Norway, but it's also a time when just about everyone in Norway reads crime novels. Bookstore displays are full of detective novels, television and radio stations run crime serials and newspapers publish special literary supplements.

This is a very peculiar national activity. Publishers in Norway actually time series of books known as "Easter-Thrillers" or Påskekrim, and dates of publication are moved to Spring and released at this time when the sale of mysteries goes up 50%. TV stations, radio and newspapers follow suit by running detective series based on the works of famous crime novelists such as Agatha Christie, P.D. James, Simenon and Ruth Rendell.
Why does Norway choose Easter to delve into crime solving? According to one widely accepted theory, the tradition began in 1923 as the result of a marketing coup. Advertisements that resembled news items were published on the front pages of several newspapers, shocking readers who failed to grasp that it was a publicity stunt. This idea spread like wildfire among other publishing houses, and the crime novel became one of the few forms of entertainment available during the Easter break. Cafes, restaurants and movie theatres were closed during Easter, which was supposed to be a time of introspection and repentance. There was no radio, and of course no television either. But everyone could read, and so the Easter crime novel was born.

What can we say except that it's a great thing for crime novelists, one of the most unusual ways to get your book published and gain some recognition. And it's a very lovely tradition too - in the modern world, where books are rapidly losing their importance, swanked by movies, TV, radio and music, it's a breeze of fresh air for the mind accustomed to words, and introduces the younger generation to the fine habit of reading frequently and voraciously. You see this cute little animal with a  bunch of easter eggs? For one, he is for sure not the easter bunny. So, what's he doing with the eggs? That's the Easter Bunny's job!
Well Australia, the continent with extremely diverse wild life, much removed fromt eh rest of the world, has its own Easter Bunny - called Easter Bilby!
Are you confused yet?
To learn a bit more about Easter Bilby, we quote Wikipedia:

Bilbies are native Australian marsupials that are endangered. To raise money and increase awareness of conservation efforts, bilby-shaped chocolates and related merchandise are sold within many stores throughout Australia as an alternative to Easter bunnies.[1]

The first documented use of the Easter Bilby concept was in March 1968 when a 9 year old girl Rose-Marie Dusting, wrote a story, "Billy The Aussie Easter Bilby," which she published as a book 11 years later. The story helped catalyze the public's interest in saving the bilby.[2] In 1991 Nicholas Newland from the 'Foundation for Rabbit-Free Australia' also developed the idea of the Easter Bilby to raise awareness about the environmental damage that feralrabbits cause and to replace the Easter bunny with true native wildlife

How cute is that? And Easter Bilby can never truly carry the adjective Easter withoput...

Its very own chocolate incarnation! How sweet! This Easter tradition is both educational and nationally significant for Australians - it puts emphasis on their very own natural heritage and raises awareness about endangered species.

That's it for now!