TIME FOR A COFFIN BREAK! WANT TO HAVE A BEARY SCARY LOOK THIS HALLOWEEN?

Advantages and Disadvantages of HP Laptop

Grab Your Briefcase and Study for the LSAT!

The Grace Year, by Kim Liggett

How To Succeed as a Sports Consultant

The Widow of Rose House, by Diana Biller

Realistic Dinosaur Costume- Get the Real Feel of Adventure

We listened to you through the feedback we got on the third edition and have decided to have more than one session this time.

TMO Conversations 4.0 promises to be great, as we have been consistent in providing valuable content over the years.

TMOC 1.0 was about “Harnessing your Potentials for Excellence”, by Babs Michael.
TMOC 2.0 was about “How to Manage your Finances”, by Chunu Tejiri Jerry.
TMOC 3.0 was about "An Excellence Driven Teenager", by Mmanti Umoh.

TMOC 4.0, which is coming up on the 25th, 26th and 28th of this month will be on “Career Advancement”. We have broken this down into three sessions to be held by three guests on different days. 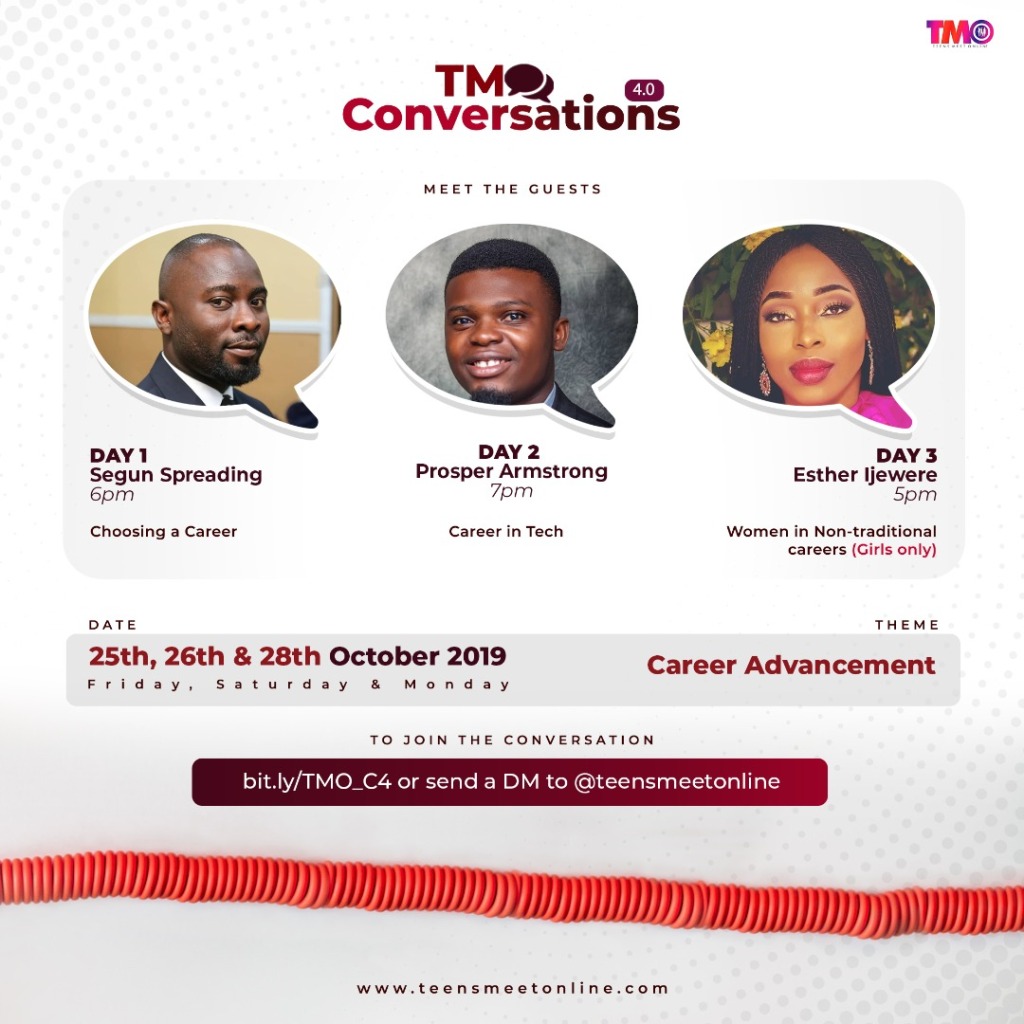 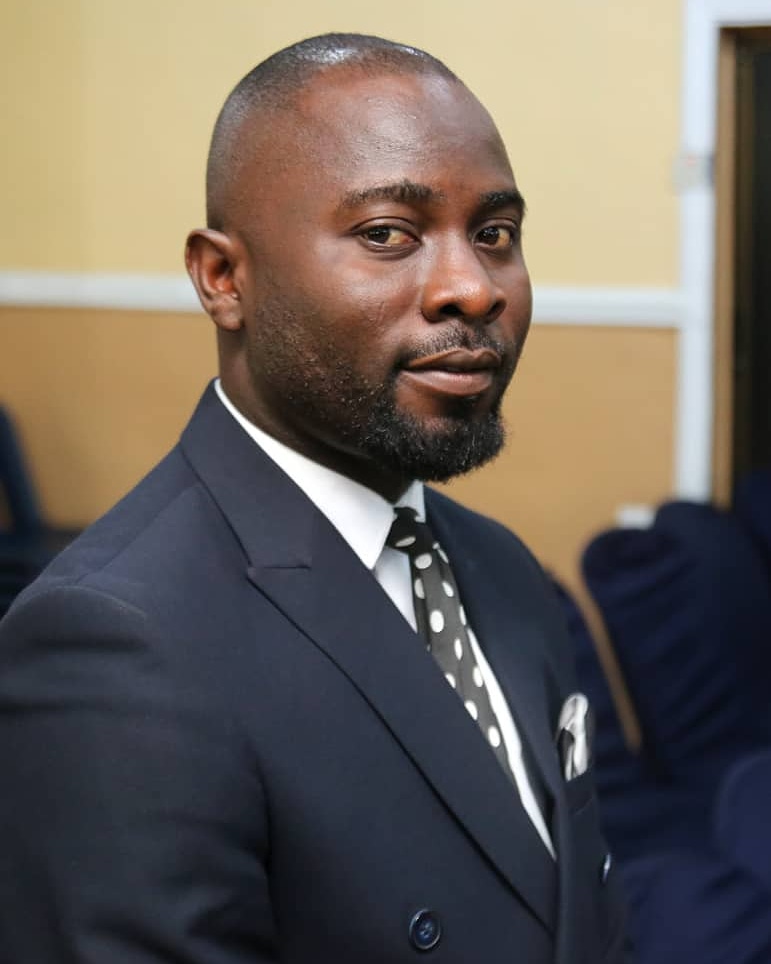 A Student and Social Entrepreneur.

Founder of Spreading Empire Multiconcept and The Game Changers Initiative. Convener of IMPACT TEENAGER GIRL CAMPAIGN with reach across over Two Hundred Schools in Nigeria. A Public Speaker, Consultant, and a Teen/Youth Coach.

Organises several YOUTH Events across Nigeria and Oversees, Hosted the Game Changers Series in over 100 Schools in Lagos and other parts of Nigeria.

He's the convener of the First Ever Lagos Teacher's Hangout with over 400 Public School Teachers in attendance. In 2016, he convened the First Ever Car Wash Competition in NIGERIA.

He is a Teens and Youth enthusiast who has over 170,000 Teenagers and Youth under his GAME CHANGERS INITIATIVE PLATFORM.

He has helped several Teenagers and Youths discover their purpose and inspired greatness in many, Helped many Teenagers pull out of Drug Abuse and Depression while he started a movement called TECHNOLOGY IS NOT YAHOO YAHOO which was designed to help Teenagers and Youth understand how Technology affects our world and how to tackle CyberCrime as a Teenager.

Recently, he was appointed as the DIRECTOR, LOVEWORLD EDUCATION DEPARTMENT under the LOVEWORLD NEXT FOUNDATION.

He is a Global Influencer. 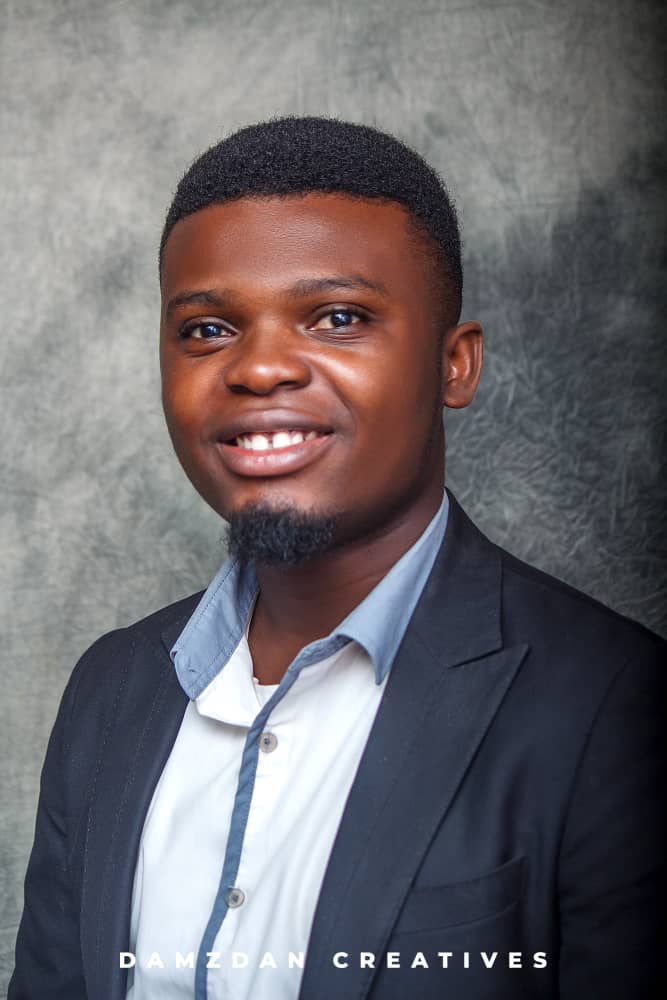 He is also the Chief Executive Officer, Riddle Technology, a technology firm that uses technological resources to simplify social media marketing, enhance brand presence and decongest communication between companies and their clients.

He co-founded Ignite Passion Initiative in 2017, an initiative that is faced with the vision of reaching out to over 200 million youths especially students globally. Together with his team, he has successfully held 3 editions of the programme with a total catchment of over 450 students teaching, mentoring and guiding students on early decision making and revamping their mindset about the opportunities available to them in Entrepreneurship.

He was nominated alongside the likes of Laura Ikeji, Hustlersquare, Toolz of Cool FM as the Social Media Business Person of the Year by The Entrepreneur Africa Magazine 2018.

He is currently living in Lagos, Nigeria.

His interests range from entrepreneurship to technology. He is also interested in web development, education, and Innovation. 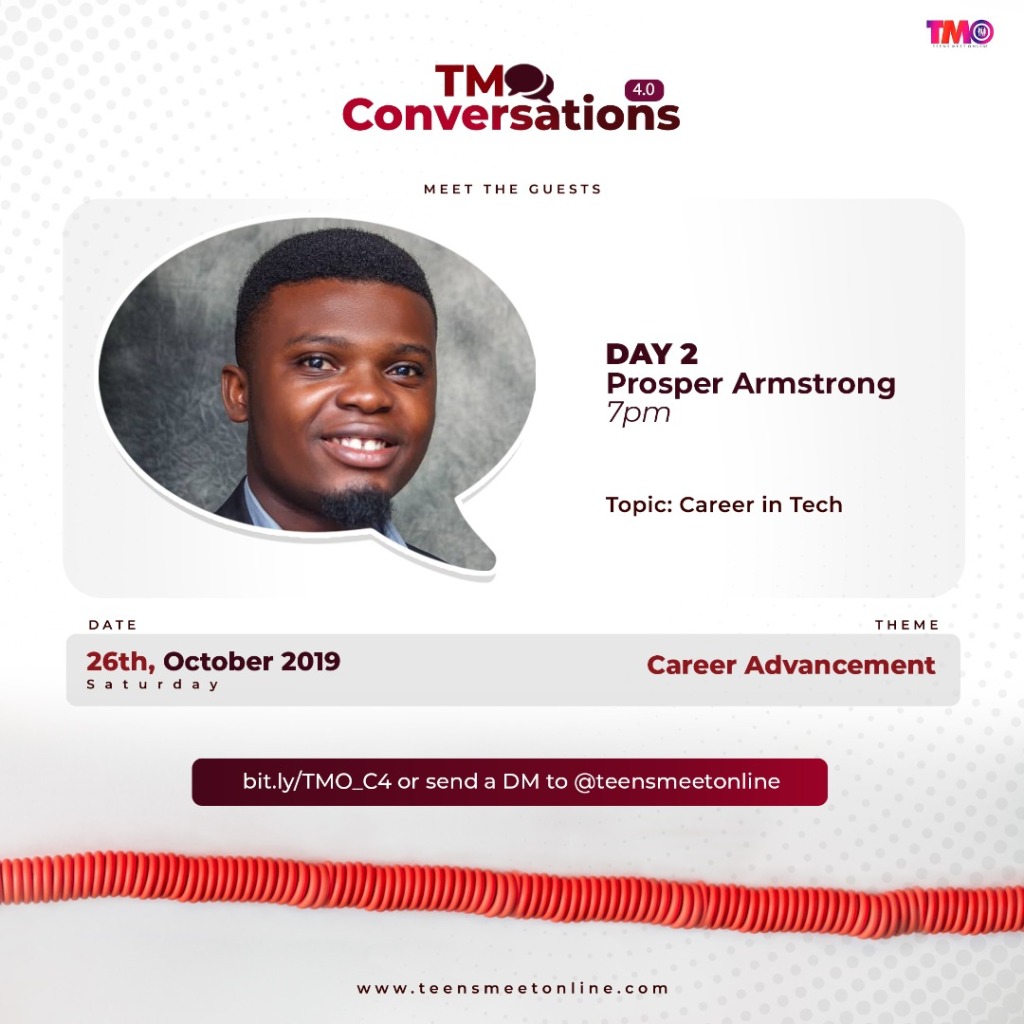 Esther is an enterprising social activist, youth advocate, Columnist, Author and the founder of Rubies Ink Initiative for Women and Children - A Non-profit outfit devoted to youth advocacy, development and social enterprise solutions amongst others.

An Olabisi Onabanjo University trained Sociologist. As a social advocate, she is the brain behind W.A.R-Walk Against Rape, an advocacy initiative created to lend a voice for the victims of rape and demand justice for the perpetrator's. As a follow up plan for the campaign, Esther’s organization organizes Rape sensitizing workshops in different secondary schools across the country tagged; College Acquaintance Rape Education (C.A.R.E), in partnership with the Lagos state Ministry of Justice and the Domestic and Sexual Violence Response Team (DSVRT). Esther is also the initiator of Project Capable; a Lagos State Ministry of Education approved programme which is a youth mentoring initiative geared towards creating a can do mentality in the lives of secondary school students, it comes up annually, using celebs and accomplished individuals to inspire and motivate youngsters to rise to greatness.

She is a Fellow with Vital Voices Global Leadership USA; an organisaton aimed at empowering young women change makers all over the world. She unveiled her first book on rape and violence against women, titled “Breaking the Silence”. The book which is a guide to enlightening young women on knowledge needed to survive sexual situations. So far, it has helped to create an avenue for people to come out without feeling bad or fear being stigmatized to tell their stories.

She is also a columnist with the Guardian Newspaper, her page “ Women of Rubies” a platform used to celebrate exceptional women with inspiring stories, the page is a sequel to her award winning blog www.womenofrubies.com, which is fast becoming the one stop blog for the everyday woman.

To be a part of this conversation, simply click on bit.ly/TMO_C4 and you will be directed to the WhatsApp group.

Share this with as many people as you can. Let's learn and grow together.