To be the Rambo you thought you where

Being Momxcluded (excluded by other moms)

8 Valuable Life Skills & How To Aquire Them

Lunch with Rick and Carol pt.2

NOT IN KANSAS ANYMORE

Allow Yourself to Dream.

The Reality of Being Shy

Give a try, before concluding.

Purple with a Heart

To be the Rambo you thought you where 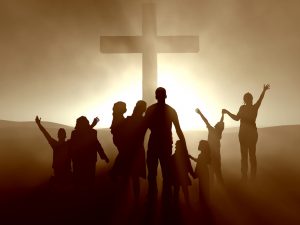 “What God has joined together, let no man separate” Mark 10:19

Yesterday was a strange day for me. My wife´s cousin decided to steal some photographs from my wife´s timeline on Facebook. First of all my wife told her nicely not to do that, and at least credit her as the photographer. But my wife´s cousin did not respond. So as her husband I intervened and I told her cousin nicely to respect my wife and credit her as the photographer, or return the pictures. I got a rather crudely reply telling me she had the right to do what she wanted to with those pictures. And I have to admit she managed to provoke me to anger, but I did not respond in anger. I responded firmly but with kindness telling her to respect my wife. All of this happened on Facebook.

But then without warning my wife´s mother intervened in the conversation. You would expect her to defend my wife, but no. Instead I was told to back of and not be so hard on my wife´s cousin. I respectfully replied my marriage to my wife, her daughter, was the reason for me defending my wife. But I was told my wife should just accept her photographs being stolen by her cousin, because it is family who stole them, and accepting it would help my wife. 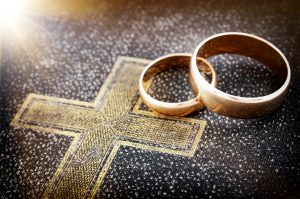 The conversation between myself and my mother in law became unpleasant after this. My mother in law is also my boss at work, so was careful to not disrespect her in any way but at the same time maintain my stand. Instead my mother in law disrespected me and my wife by several times telling me the world did not revolve around my wife and I and we should accept injustice because its family. And if we did not accept injustice, the entire family would turn against us and we would become a lonely island to ourself.

My wife´s cousin lives up north, about two days drive from where we live. We do not work together, we see each other about one time a year at best. So I sat there talking to my mother in law on Facebook and felt like I had fallen into a different dimension where the laws of reality had been suspended or changed. I still do not understand why she defended her cousin and not her daughter in this. I never disrespected my mother in law, but I never backed down on my stand and maintained my right to defend my wife even if it is against her own family.

Before I married in 2010 I never questioned the fact that I as a husband would protect, provide for and defend my wife at all cost. A soldier on boot camp has no problem seeing himself as Rambo, but things change when he finds himself in the trenches with explosions and death all around him. That is when the soldier is tested and finds he is no Rambo, instead he has the potential to become Rambo.

When I married I was employed at her fathers business, its a family business and I have worked there for now 6 years. Its a pleasure working with my wife and never being separated from her, and its a pleasure to work with my in-laws. I love them and respect them. But it makes it very difficult when conflict happens outside the work place.

Suddenly I found myself in front of my father in law at work telling me my decision to defend my wife interfered with my work. So if I was going to keep the job, I had to stop defending my wife and apologize to the other family member that had hurt her. That was when the would be Rambo found out he was not Rambo, but he had the potential to become Rambo. 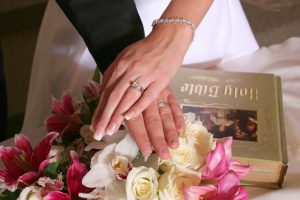 I knew we could not make it without my income, but I would not back down and apologize. Because I knew I had done the right thing, I had defended my wife and I had not been disrespectful. Instead it calmed down and I had learned my lesson. I learned to be tactical when I defended my wife.

I soon understood that work and the business came before everything. The business had to be protected at all cost, even if it meant my wife had to suffer injustice. The Bible says I am to suffer injustice and even die for my wife (Eph 5:25). But I knew that she would suffer if I got myself fired from work for defending her. So this was a very difficult situation for me. So I learned to be tactical to keep my job, and defend her at the same time. I was about to become the Rambo I had imagined myself to be in boot camp.

I have always been a strong believer in forgiveness, and I have always told my wife we must forgive. But I cant find anywhere in the Bible where it says forgiveness = relationship and trust. You must always forgive, but you cant always trust and have a relationship with everybody who does not recognize their own sin.

I soon learned to separate people into two groups. The group of people disrespecting and stealing from my wife who I cant touch right now. They are so closely connected to the business there is no way I can stand up for my wife against them and demand respect for my wife and demand they deliver what they have stolen back to her. The other group who has disrespected her, and stolen from her I can do something with. They are not connected to the business, so I can demand respect for her and demand they give back what they have stolen without risking my job. My wife´s cousin is in this second group.

What about the first group?

My prayer is that we will one day be able to leave our jobs at the family business and just work with our own ministry. When that happens I can do something to this group, because the injustice is continuing from that group. Until then we have decided to avoid them, and not having any contact with them. This is the only solution to protect her from continued injustice and myself from the frustration of always having to accept the business first and family second.

In this alternative reality I am living right now where business has to come first, and mother in laws are behaving strangely, I can say I would never have been able to be a husband if I had not died every day with Christ.

I am not that person who enjoys conflict, I hate conflict and I want everybody to like me. But sometimes I have to take on a conflict. I have to do so when it comes to preaching the word of God, sometimes the word angers people. I have to do so when it comes to protecting myself and my wife. And for some reason, it is much easier for me to take on a conflict when preaching the word of God then when it comes to protection of myself and my wife. I do believe it has to do with the source. When I am preaching I am a messenger, so when people are angry they are not angry at me, they are angry at God. But when people get angry because I am protecting myself and my wife their anger is directed at me, not at God. And then I find so much in myself that wants to answer back, so I become fearful of conflicts like that because I do not want to unleash whats inside of me which would accelerate the conflict. For I have to admit, yesterday, it was very hard to remain respectful when I was talking to my mother in law. A lot of the accusation she made was very hurtful. But by the grace of God, I managed to remain respectful. And that is why dying from myself makes me a better husband. And it makes me into the Rambo I imagined myself as when I was at marriage boot camp. 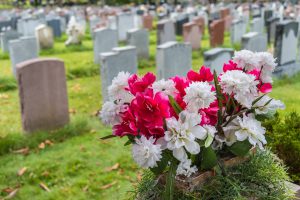 I used to believe dying from myself would make into a push over and a wimp. All the teachings on turn the other cheek had deceived me into believing dying from myself meant to accept injustice and just forgive. But that is not what the Bible teaches.

The Bible teaches that when we die from ourself we become dead to sin. And sin is not just adultery and lying, sin is also fear of man and fear of yourself. Sin is also reacting with disrespect or failing to stand up for yourself and your wife. So when I die from myself it makes me a better husband, because I am dead to fear of man, fear of my own reactions and the temptations to be disrespectful towards my in laws when they are disrespecting me and my wife.

So when I was able to remain respectful yesterday it was by the grace of God, and the grace of God came to me only because I am dead with Jesus Christ on the cross. (Rom 8:1-11)

And I am able to be tactical in the defense of my wife, and at the same time be a good husband and defend her ,even if it is sometimes challenging to be exposed to unfair and disrespectful judgement by my in laws, because I am dead with Christ.