Victory for Macron : Has the French Election halted the populist movement in its tracks?

The Rising Pune Supergiant Team Swears By ‘Too Yumm!’ For Guilt Free Snacking

WHAT HAVE YOU CHOSEN TO BUILD YOUR FAITH ON?

The Apps That You'll Always Find on My Phone

When is Your Project Truly Done?

Light At The End Of The Tunnel

Victory for Macron : Has the French Election halted the populist movement in its tracks?

66% to 34%. The results couldn’t have been more clearer. The French people have decisively elected pro-European – liberal Emmanuel Macron to the office of the Presidency, firmly rejecting the far-right candidate Marine Le Pen. This election was a crucial barometer test for the western populist movement which seemed to be on a roll, beginning with the victory of Donald Trump in the United States and strengthened by the decision of the British masses to leave the European Union. But recent losses faced by rightist candidates in the elections in Netherlands, Austria, and now France, have led many to speculate that the far-right, populist ideologies have been rejected by the people. But is it true? Has the far-right movement been halted in its tracks, or is it only a temporary setback for the populist movement? This article attempts to analyse and dissect this question, and much more.

Before we move forward, we need to make one thing unequivocally clear – the victory of Emmanuel Macron in France is a huge victory for the liberal movement in Europe and beyond at large. It shows that France – which we can safely assume represents Europe at large – is willing to resist the waves of populist, nationalist extremism of the right in favour of internationalism, Europeanism, and social democracy of the center. Many of those running the EU heaved a collective sigh of relief, given Le Pen’s promise to explore the possibility of a “Frexit” – France’s withdrawal from the European Union. Congratulations poured in from all around the world, with the German Chancellor, Angela Merkel saying that, “Mr Macron’s victory is a victory for a strong united Europe.” 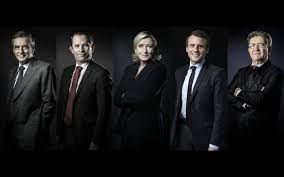 But we shouldn’t let this victory delude us so skillfully. 11 million of the French public voted for an extremist candidate. Marine Le Pen won 34% of the popular vote – which is almost double that her father, Jean Marie Le Pen, won in the 2002 elections. The very fact that Le Pen was able to force the election into a runoff, says loads about the support her populist rhetoric is receiving. Despite the defeat, most of Le Pen’s supporters stand by her,  and many have vowed to make a strong showing in the upcoming parliamentary elections.

All of this shows anger many in the public harbour against the liberal establishment. Many believe that the liberal Establishment has failed to represent them at global business discussions. In addition, most of Le Pen’s supporters believe that the liberal apparatus will not satisfy their need for a nativist and protectionist domestic and foreign policy. Now this sentiment isn’t just limited to France, it reflects the sentiment of the worker and labourer community around the world at large, who have been virtually labelled as ‘obsolete’ by the prevailing establishment. The current populist movement is thus effectively a movement of the people who have been left behind by the so – called  ” adaptable liberals ” . Donald Trump and Marine Le Pen have effectively politically mobilised this disfranchised section of the community.

Most of all, Le Pen has succeeded in bringing her racist and fascist views from the fringes to the mainstream – she has said exactly that what many people thought, but couldn’t say due to the fear of alienation by the prevailing liberal structure. Racist and communal statements have become almost commonplace, and don’t invite the swift condemnation they deserve. The strong showing she received in the elections has made her movement respectable and electable. Le Pen has already announced plans for running for Presidency again in 2022.

Thus, even though the moderate – liberal faction is taking a victory lap, it shouldn’t forget that the populist movement is here to stay. The far – right may be down, but not out.

Note:- All the opinions stated in the above article are the author’s own.