Creativity: The genesis of wonder

Do You Need More Physical Activity?

Education can be bought with money, or can it?

Despite not having as much as millions of dollars like their Northern counterparts, Vietnam's newly rich are not much different from China's newly rich. They emerged from recently successful domestic businesses, from importing goods to exporting dried shrimps. There's also a common lack of purpose and family affection in their children.

Yet, while some children of China's newly rich are paving their way to Columbia and Harvard, their Vietnamese counterparts are turning their schools into breeding grounds for unhealthy relationships and negative behaviors. The rich kids of Vietnam are not often seen as preppy scholars with pretentious class, but instead as lawless people who chase after the latest trends, lavishing themselves in designer goods and expensive liquors in fear of missing out (FOMO). The past year in a typical Vietnamese rich kids' school, I've had a few peeks into their mindset, to see how they experience education differently than the average Vietnamese student.

The school would be an international institution, with English names ending with "International School" or "Academy" or "School". With much effort from educators, they are able to provide certified international credentials and diplomas. However, since many of these kids are incapable of completing most regular-level courses, an easy version of Vietnamese high school program is often taught along-side to provide necessary credits for graduation.

At my school, most students are passing with above-average GPA in the Vietnamese program because the expectations are significantly low for most of the classes. In addition, dishonesty is as rampant in the kids' academic world as in their parents' business world. This explains the various cheating scandals seen when these "rich-kids" join international programs, where their status will not exempt them from academic penalties.

The lack of academic achievements could partially be explained by the lack of goals and desire to learn. School represents a place to come and go dutifully instead of an arena to obtain knowledge. The goal of coming to school is not learning; instead, it's finding mates, gaining popularity, or gossiping. An intense disrespect against teachers are often observed in classrooms, which drives many staffs and administrators to frustration.

This doesn't seem to be a worry towards the newly rich. In a society with such a strong tradition of patron-clientelism, their wealth and assets would allow their children to become CEOs once they graduate. As long as their children get grades high enough for an American/British diploma, the end always justifies the mean. There are families in which the parents are so busy with money-making ventures that they don't allow any time to bond with their children, so they drop their children in private schools and hope for miracles to happen. A byproduct of this negligence is the children's unhealthy social media habits, in which they expose too much of themselves to too many people. Other families avoid serious conversations with their children, and make all of their academic/career decisions for them to maximize the family business' profit. However, it's questionable whether the children are capable of maintaining their parents' wealth. 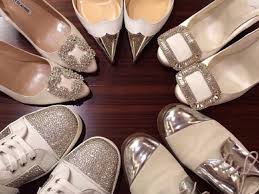 What the kids lack in academic capability, they make up with their fascination towards material wealth and "scandals". While conversations with students from Hanoi-Amsterdam (A gifted school in Vietnam) often surround book, music, or their latest community project, conversations with "rich-kids" are often laden with gossips about the-guy-who-wore-fake-sneakers-to-school, the latest lipsticks, or somebody's social media activities. They adorn themselves in popular brands and are always quick to point out what others wear. Over dramatization is common. In addition, many are incapable of serious, academic conversations since they lack critical thinking skills, a problem that many Vietnamese students suffer.

To clarify, this school has its fair share of high-achieving, academic students, which makes up of around 30 to 40 percent of the demographic. These students are a great source of insecurities for the "rich-kids". Therefore, another one of their goals is to drag down anyone who has potential to surpass their popularity, are favored by teachers, or refuse to take part in their culture. Backstabbing and trash-talking is universally suffered, while bullying is only a little less common.

Most of these "rich-kids" do not understand the opportunities that this education had given them, while many students across the country would do anything to be in a similar place. Personally, attending this particular school had significantly increased my chance of attending a good college. But what can I say? Some are just used to having too much, but nevertheless, it's always important for the newly rich to understand their children's true capability in order to improve them rather than let them remain the school's educational dead weight.

This article is also shared in my blog at