7 Ways to Rock Denim at the office

Growing Pains: When I grow up

Nostalgia (poem by me)

Has this ever happened to you?

Fear In The Southwest

The second leg of our Eurotrip took us to Vienna, Austria and if you spend any time in the city, you’ll quickly realize (if you didn’t already know) that it is a city of music! We only spent two full days in Vienna, but managed to fit in a few musical must-sees…

The first musical must-see that we did was take a tour of the Vienna State Opera. The opera house is in the center of the city along the Ring Road. Though it was built in the 1860s, a lot of the building was destroyed in World War II and then rebuilt in the 1950s so the interior was an interesting mix of rooms from the original design and those with 1950s décor. According to our tour guide, they put on about 70 different shows and it changes each night – we even saw them switching out the set from the night before for that night’s performance! 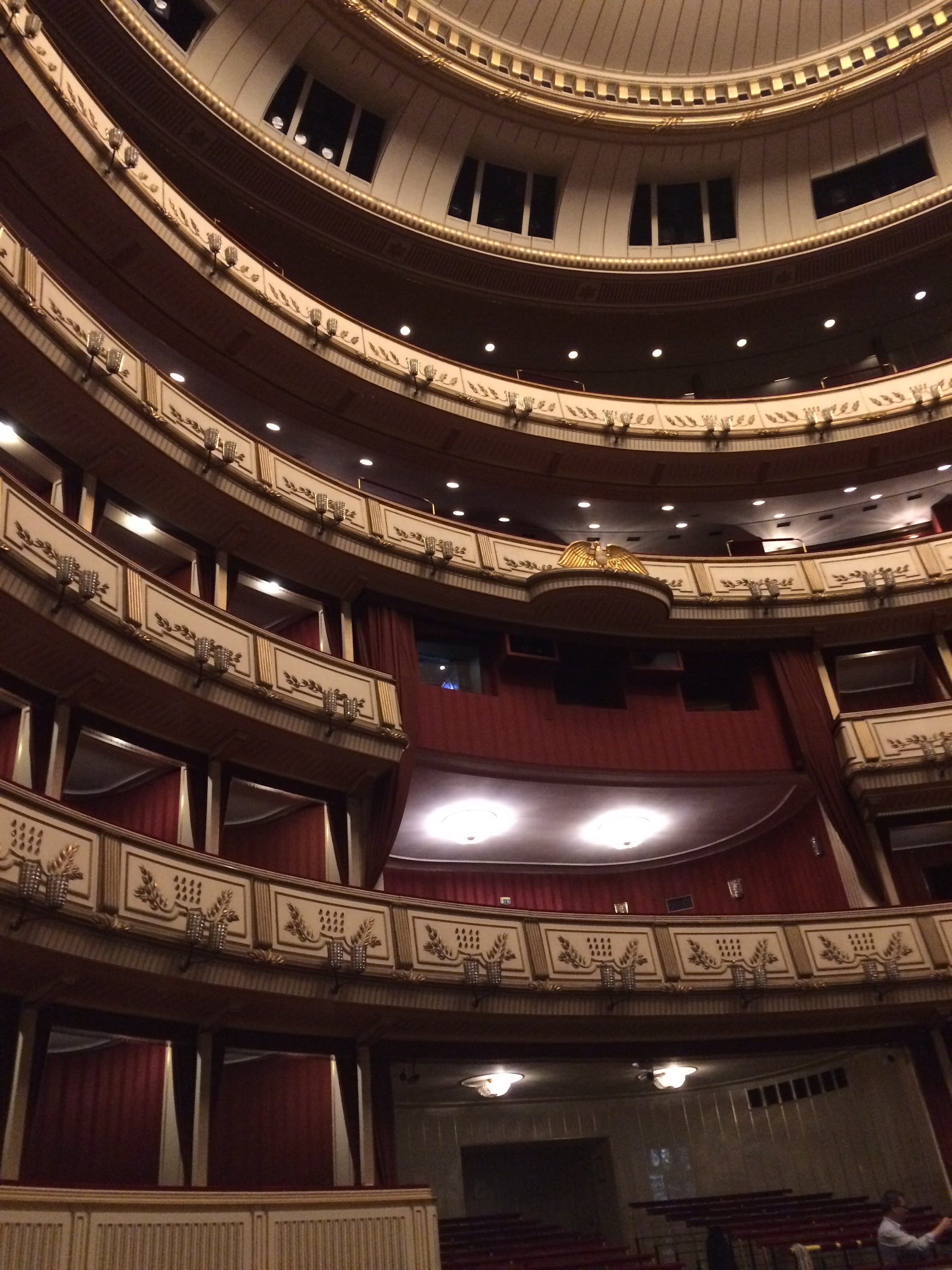 Music can be found throughout the city, including during the morning exercises at the Spanish Riding School. Every morning at 10am, you can watch the Lipizzaner stallions (the famous “dancing horses”) train with their riders to classical Viennese music. It was really neat to see their practice, definitely something unique to Vienna! 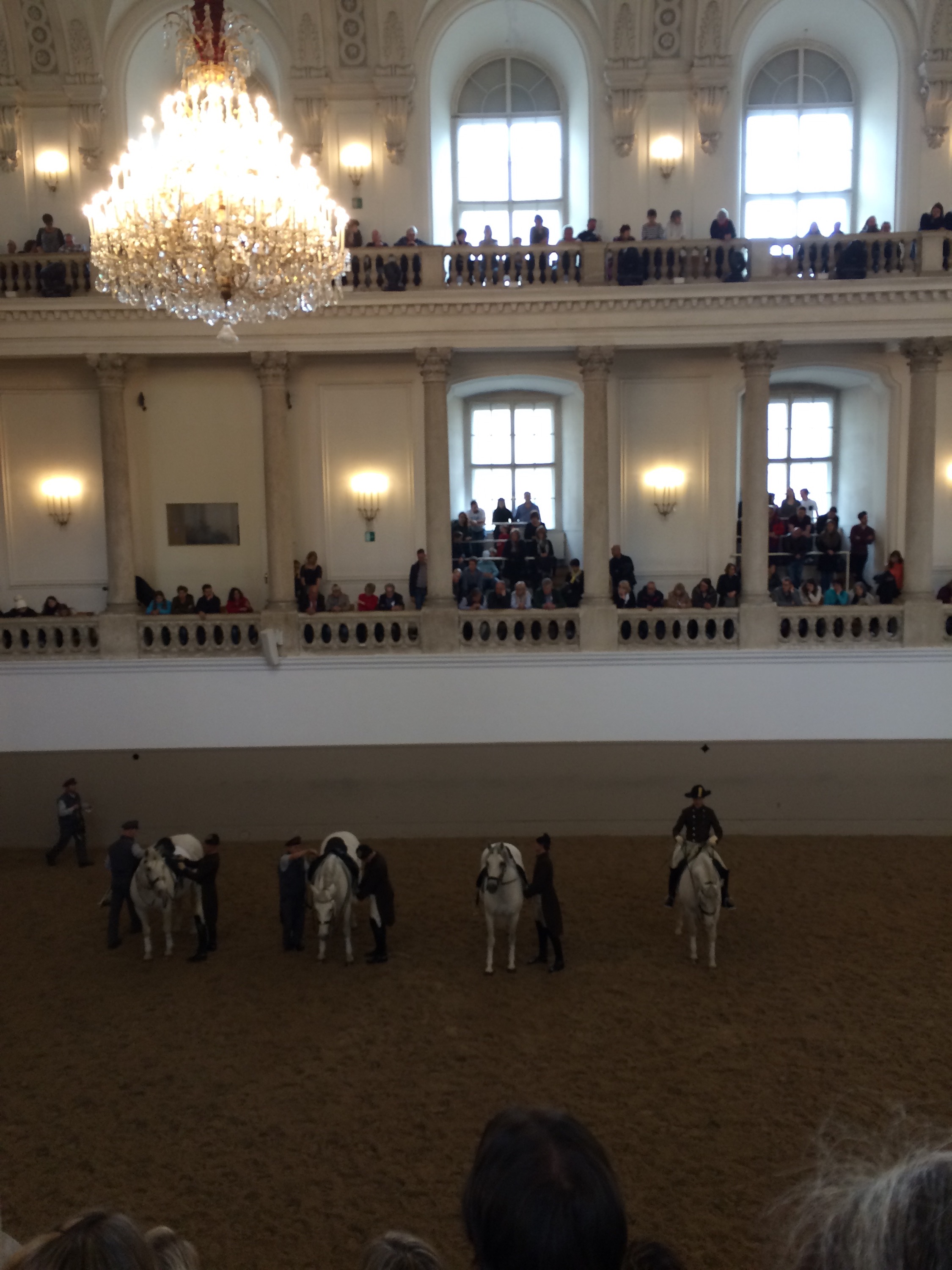 While we were exploring the city center, we made sure to find Mozart’s apartment! It was in a building tucked on a side street that now been turned into a museum. Unfortunately we didn’t have time to go inside.

The last and probably the highlight of our musical must-do activities was to attend a concert. On the train from Zagreb, we met a woman from Vienna who told us that we should buy our tickets from one of the many men dressed up in old-fashioned costumes in any of the touristy spots in the city center. Sure enough, as soon as we walked out of the U station into the square of St. Stephen's Cathedral on our first night in the city, there were at least a dozen of them. Worried it might be a scam, we asked at the Vienna tourist center and heard the same recommendation as the woman on the train. So we went back to St. Stephens and bought tickets for a show two nights later. We were unsure of what to expect but turns out the tickets were legit and we ended up really enjoying the show! It was in a concert hall in the Vienna Kursalon, right next to the city park (where we also saw the Johann Strauss monument), and featured an orchestra playing music by Strauss and Mozart, as well as opera singers and ballet dancers. 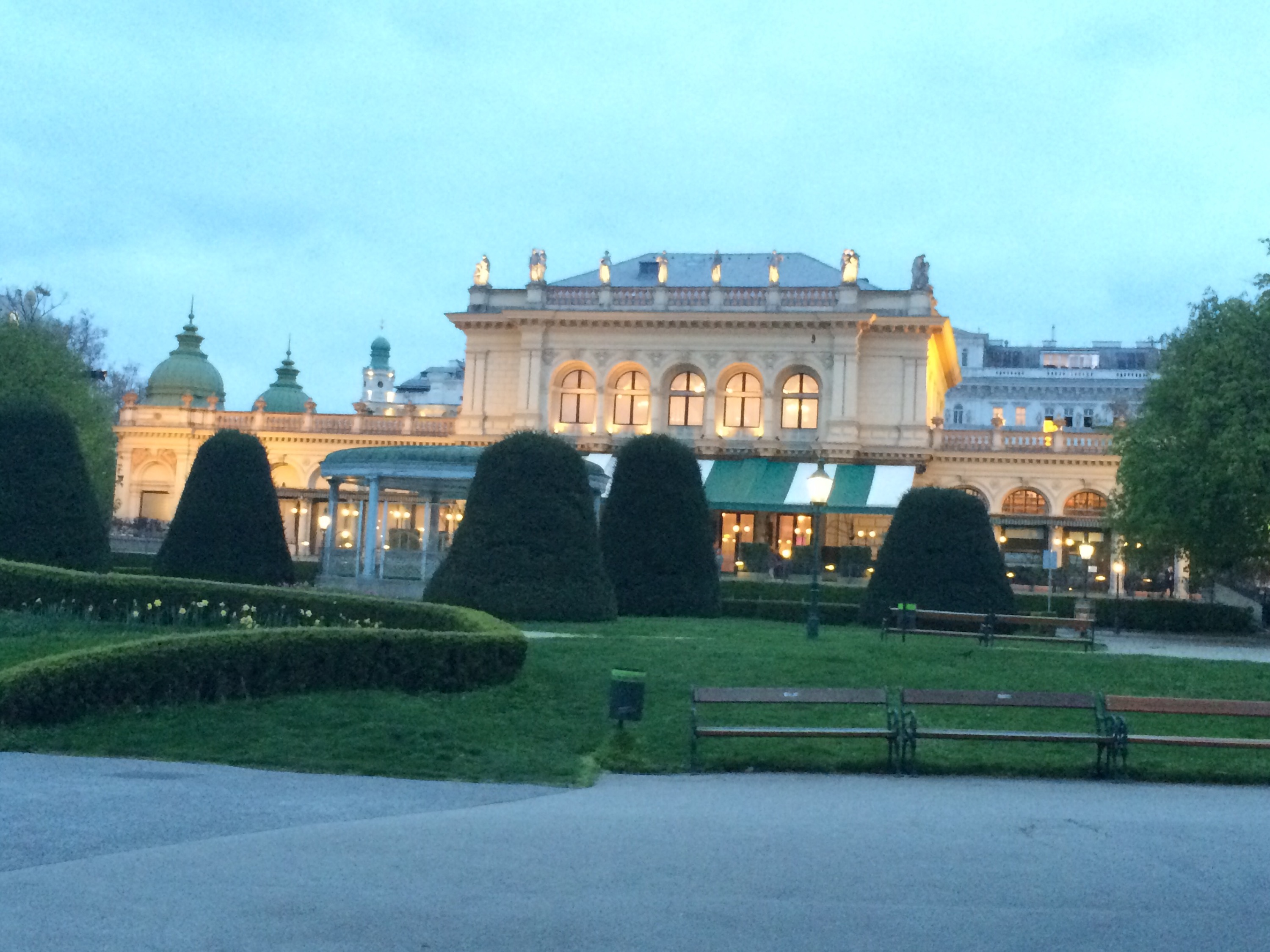 Music is hugely important to the city, but there’s obviously a lot more to do and see! More to come about our couple of days in Vienna!

This article was originally published on It's a Schmahl World where my sister Kathryn and I blog about our adventures around the world!

The Palaces of Vienna, Austria

7 Things I Noticed in Europe

Christmas Markets for the broke student