What Is Psychosis Really?

What Makeup Makes You?

A soup coming from the past...

That time I was raped on my birthday.

It's about the little moments

What Is Psychosis Really?

There is one realm of mental health no one dare touch with a ten foot pole lest they are doing so armed with a biological explanation. We call it "mysterious", we consider it grossly abnormal, and we (those of us in the field of psychology) have yet to uncover a definite cause and/or biochemical process of it--despite what you may read in the media.

This realm is "Psychosis."

Alright, calm down, quit screaming and get your mouse pointed away from that "back" button. Don't act like you aren't interested.

If you seriously aren't interested, then by all means take your cup of coffee or tea, click that back button, turn off your computer and throw it in the trash with the rest of the things you grew bored with over time.

Those of us who aren't too keen on psychosis or don't have experience with it probably don't realize how often we perpetuate the stigma behind this curious state of mind in our daily language. Someone cuts you off in traffic, speeding 60 miles per hour in a 35 mile per hour zone causing you to spill your burning coffee all over that nice new pants suit.  You stick your head out the window and shake your fist and scream "you're psychotic!"

Or you throw your boyfriend's XBOX one out the window because that's all he ever does these days is play on that thing, and he calls you what? You guessed it: "Psycho bitch!"

On a more 2016 relevant note, someone steps into a crowd, a theater, a club, a school and opens fire on hundreds of people. We often call them "psychotic" or "mentally ill".

There's a simple pattern here: Acts that are sudden, dangerous, and/or violent are often labeled psychotic in our every day language and there are many shooters and murderers and such who attempt to take the "insanity plea" knowing full well the symptoms of psychosis and that prison is worse (by a small fraction) than a mental institution.

Then what is psychosis really? Speak with anyone who has to live in that hell and they will surely describe to you a time of darkness, of a constant state of fear, perpetual anxiety, a disconnect with the world where their reality becomes the only reality and everyone else is there for persecutory reasons, extraterrestrial reasons, e.t.c. Although no one can deny violence can result from this kind of mind-state, such behavior is uncommon.

People often consider hearing voices as a sign of psychosis but, perhaps a shock to many, hearing voices isn't very uncommon. In fact, there are many people in the world who hear external voices without a hint of psychosis, schizophrenia, mania, or any other diagnosis.

But what we've done to psychosis and hearing voices alike besides make both synonymous with "crazy", with "violent", with "abnormal" is try to give it a biological cause and reason. We try to trace it to a single source point, kind of how we track seizures. There must be a focal point, right? A catalyst. An area of which we can map, target, and treat. 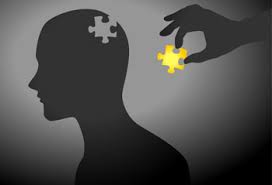 I'll state this is mostly for people who have been diagnosed with schizophrenia.

The problem is, although there are patterns in behavior, patterns in thinking with those diagnosed as such, each person struggling with this experience is unique. It's like a fingerprint.

So it's curious to me that we treat every person with the same approach.

Hearing voices? Believe people are following you? They bug your house, you say? They listen to every word that comes out of your mouth, you say? They're using it against you, you say? Everyone is out to get you? Well, here's a neuroleptic we should have taken off the market years ago.

The problem with this approach is we could be missing a larger story. Do we disregard what people in this state of mind say because it sounds crazy to us, because of our personal judgement of them? Do we disregard their words because they're not lucid per our definition and we are and that's supposed to mean something?

Right now, if you're still reading this, you probably think I'm a little insane myself. Which I am. Which is fine.

But let me tell you a little story. A true one.

There once was a woman catatonic for years. She sat lonely in an institution in a chair. She spoke to no one, responded to no one, didn't express discontent or contentment, but simply rocked back and forth day in and day out. Nurses spoke at her, doctors spoke at her and none of it mattered. They rendered her incompetent.

A psychiatrist, a man, new to the hospital was given a tour. The nurses pointed her out and said no one could ever communicate with her.

He pulled up a chair next to her and began rocking back and forth. When the nurses came back, she was speaking freely with him.

The moral of the story, children, is there is a time and a place to bring yourself to someone else's level. You feel your best when someone listens to you, when someone empathizes, when they make an attempt to put themselves in your shoes. If you deal with depression, do you feel better when someone says "Oh that sucks, just come outside with us, it'll help!" after you've just spilled your guts on how hopeless and worthless you are? Or do you feel better when someone takes a moment, breathes in what you said, and responds with "that sounds extremely hard. I've been there myself and it just feels like I'm trapped in my head, lost in myself almost"?

Psychosis is not depression, I'm aware of that. But let's take a look at my above example again: the individual who believes their house is being bugged. If we simply ride that off as a delusional mind state with no foundation other than psychosis we might very well miss the fact that as a child this individual consistently dealt with people violating their privacy. Perhaps they had no safe space where they could develop a sense of trust in themselves or in others.

But will that ever be discussed?

I am not in any way saying a simple issue in childhood births the entirety of schizophrenia. But I do advocate that there are instances in our life (not just our childhood) that each of our brains react differently to. Who is to say psychosis isn't just a chemical change, but also an interpretation of what we feel the world is around us? Who is to say that isn't worth listening to?

If you haven't read Elyn Saks "The Center Cannot Hold" she describes a therapist she visited who helped her through the most disorganized portions of her schizophrenia with simple talk therapy.

If you haven't seen Eleanor Longden's TED talk on how she learned to pay attention to her voices, I suggest watching it here.

This does not mean, in any way, that biology is useless. It means environment and the act of listening, something human kind has really done a marvelous job of not doing recently, is just as important. It means each person should be treated with the individuality they posses, not just the characteristics of their diagnosis.

Here’s why CBD could help you