The demise Of the American Indian

Reasons I Boycott Christmas Until After Thanksgiving

Show me the Way

You know what this is, the title told you what this is, so let’s dive right in! Just a quick digression— this exercise assures that all these characters are transported to modern-day, are told to vote for one of the four most prominent presidential candidates, and are given an hour to google them. Do these characters know how to google? What about non-American characters? Who cares, baby! It’s my premise, and I’m going to tell you right, here, right now, that we’re going to test your favorite book characters with one of the most controversial moments in political history! LET’S RIDE (in no particular order)!

Would vote for… Hillary Clinton. 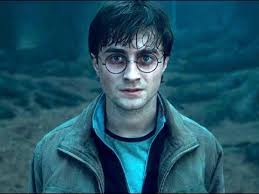 With some characters, an excess of information on them meant a harder decision on my part. Not with Potter. Harry’s concerned with dark threats building up in other parts of the globe. He cares a lot for children— even in the midst of his own parenting mistakes, he wants children to feel cared for. Most importantly, he’s ok with bending or even breaking rules if he thinks it’s for a good cause. I bet there are people in the Clinton family that aren’t this Clinton. Maybe Harry would angst a bit about not voting for Stein, but when the chips are down and the wands are raised, he’s going to get pragmatic.

Dorothy Gale (of the Oz series)

Most of you savvy readers out there, aware of the economic symbolism rife in The Wonderful Wizard of Oz, might assume that debt and free trade are on Dorothy’s mind. And yeah, she wants to vote for someone who’ll look after the little guys and the little gals. But a farm girl’s main concern, especially a farm girl living in the Dust Bowl, is the environment. Dorothy could never bring herself to vote for someone less-than-ideal, not after meeting The “Wonderful” Wizard and The Wicked Witch. To her, the other candidates each lack a heart, a brain, or the nerve.

Calvin (of Calvin and Hobbes)

Look, I really wanted to surprise everyone here. Calvin and Hobbes is my favorite comic strip bar none. I grew up on them. And when I saw the strips with Trump’s face imposed on Calvin, I did laugh, but then I thought “Oh no… OH NO.” But it’s all there. Love of attention, big ego, bad at research, hidden cleverness… yet Trump is not what Calvin becomes when he grows up. I like to imagine Calvin’s future matches those sentimental fan comics, thank you. Trump is what it’s like when Calvin never grows up. As in, Calvin’s in his seventies and he’s still ranting at authority and being mean to girls. If Calvin the six-year-old genius is allowed to vote… well I’ll ask you, would you vote for yourself?

Death (of The Sandman saga) 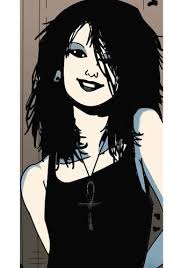 The fact that Death starred in a PSA about safe sexclearly signals that she will not vote for anyone looking to limit women’s health in any way. That leaves two choices, and… look, I’m here to judge fictional characters, and I don’t know any of these presidential candidates personally. That said, Death realizes the mortality of all things, and I’m not sure if that’s something Clinton concerns herself with. Maybe Clinton’s war-hawk policies would appeal to Death because… I dunno, give her more work? But that doesn’t make any… look, I’m going with my gut here. Death comes for Stein.

Frodo Baggins (of The Lord of the Rings trilogy)

Yeah, this time a Stein vote is no contest. No war-hawks for the non-violent and merciful Frodo, and certainly no capitalists for an anti-industrial hobbit. And, at the end of his journeys, Frodo just wants to be normal and go home again. And a candidate that’ll get us out of wars and tend to the trees? That’s certainly Frodo’s bag (can’t be sorry for puns when you’re LIVING IN THE FAST LANE BABY!

Holden Caulfield (of The Catcher in the Rye)

Holden’s choice here both surprises me and bores me. Yeah, Caulfield want to maintain the innocence of children, an innocence that he lost and that he now mourns for… but let’s be real, no self-respecting decrier of “phonies” willever vote for the mainstream parties. And yeah, I can’t imagine Mr. Holden issues-with-women-and-also-would-most-definently-deny-climate-change Caulfield voting for Stein. That leaves one option.

Yes, there is a theme here… the archetypical heroes in the Joseph-Campbell mold like the longshot return-the-world-to-the-goodness-it-once-was leaders. And yeah, on top of that, Luke’s totally going to put honor before reason. I just want to point out that when conflicts got out of hand for Luke, he ran off into isolation for several years. Guess what Stein plans. I know no one votes Green for their foreign policy, but I mean… I mean… 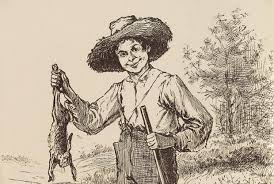 Huck Finn is direct and simple with what he wants. Huck Finn don’t want to be “civilized.” And Huck’s willing to go to hell to save a friend… or, he’s willing to believe that personal ambitions and desires are more important for humanity than laws from on high. He might just vote a straight Libertarian ticket while he’s at the booth.

Beowulf (of his eponymous epic) 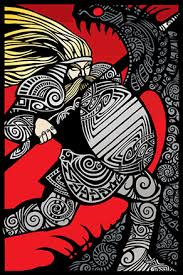 Sure, Trump’s not what Beowulf would consider “benevolent” or “open-minded,” two essential qualities in a leader during Beowulf’s era. But hey, Beowulf wasn’t like that either once upon a time, and he thinks he did pretty well as a leader. Beowulf knows that leadership makes one wiser, and that our heroes in life aren’t exactly what we’d call “good.” Also: both Beowulf and Trump are open to talking about the one true God in an environment where some may consider such talk inappropriate, not to mention that both these rich men want to bring honor to their own people.

I probably shouldn’t make so much out of the “heroes like isolationist leaders” idea I’m reinforcing, but yeah, a draftee that just wants to go back to a simple life would like fewer far-off foreign wars. Plus, I don’t think a man from a society that sees women as literally a lesser species would choose to be ruled by one. Trump and Johnson both have their gaffes, but I’m certain Odysseus would find Johnson’s Aleppo moment as a charming, pretend-to-be-dumb-to-avoid-a-tough-decision moment.

Willy Wonka (of the Charlie and… series)

Both the right-wing politicians in this election would benefit corporations, which would give Wonka all the time and money all the resources he needs to be alone and experiment with chocolate for a while. Don’t let Wonka’s silly demeanor fool you… he’s running a business, and doesn’t care to show sympathy for those he doesn’t deem “fit” to run a business. Thing is, Trump threatens to cut off his supply of immigrant workers (also, Wonka knows a spoiled child when he sees one). Johnson’s policies may not help kids and teens, but Wonka isn’t exactly what you call a “think of the CHILDREN!” type of guy.

Ignatius J. Reilly (of A Confederacy of Dunces)

Call Reilly and Trump puritanical, call them the survivors of failed businesses… the main thing is, both of them want things to go back to the good ol’ days, and both of them blame everyone but themselves for their failings. Also, both of them are bad at rallying minorities to do what they want.

Arya Stark (of A Song of Ice and Fire)

Arya may prefer hanging out with the lower classes instead of the highborns… but she’s a fallen idealist, she’s too pragmatic to vote third party. Both her and Clinton wear many identities, and Arya’s sure that Madame President won’t hurt everyone… just the ones that stood in her way.

Jay Gatsby (of The Great Gatsby) 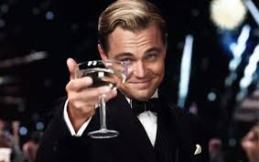 You think “idealist who puts his all into an unattainable goal” doesn’t immediately put Gatsby in Johnson’s camp? Consider which candidate Jay would rather have in the Oval Office when he’s smuggling illegal drugs.

He has removed the impossible (third-party candidates), so whatever remains, however distrustful, has the expertise needed to do the job. Also, remember what I said about Potter, Clinton, and rule-breaking?

Dracula (of his eponymous novel)

Dracula doesn’t want someone who’s going to shake up the status quo. He likes being an aristocrat, after all. And hey, Dracula sees Clinton as the best possible person he can cut a deal with… why let all that blood on her hands go to waste?

Would vote for… Jill Stein and ?

My love of Frankenstein is well documented, but I’m having a tough time with this one. The Monster’s opinion is easy to deduce: he’s a being that tries to be responsible and knows the importance of (and used to once love) the environment. I say environment, you say (blank). But the doctor? Not only is he passionate for things only in illogical and infrequent bouts, but he’s instantlysuspicious of anyone with any trace of ambition. My guess? Whatever mad ravings Dr. Frankenstein scribbles on his ballot, no one will be able to read them. 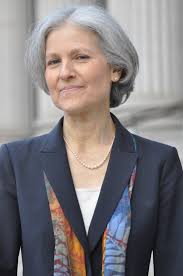 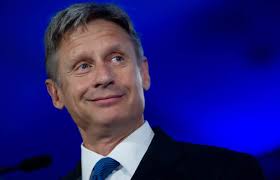 Suggest fictional characters in the comments, and I’ll wager a guess on how they would vote this election!