A Review of the Original 1966 Star Trek

THE GUISE OF THE EYES 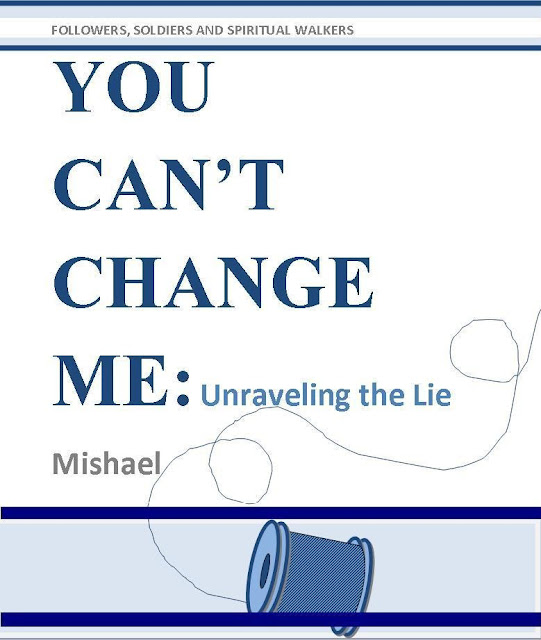 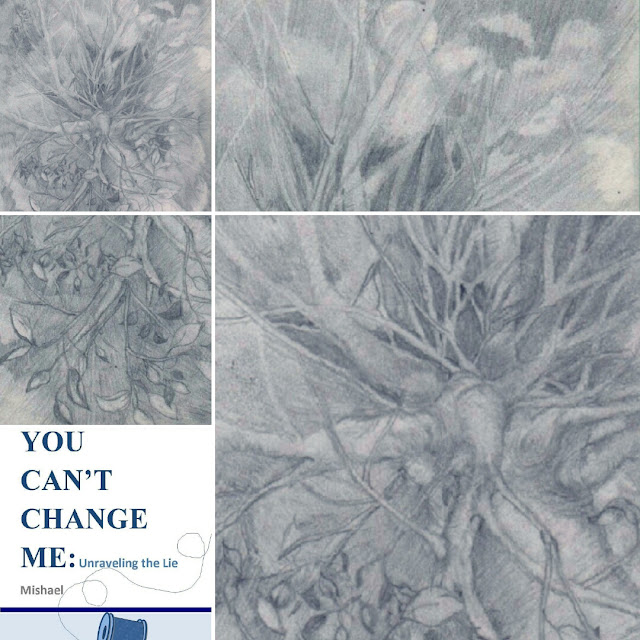 YOU CAN'T CHANGE ME:Unraveling the Lie

PART 5 GOD OF THE LIVING

Truth was, Javier had been sick for a long time--most of his life. He had been dead in sin and the wages of sin--death had been waiting to finish the job and claim him. But, Luke felt that he had been used to hurry the process along. He believed he had failed to help Javier see that there was another way and that he was capable of finding it just like he had. Luke heaved a big sigh, thinking, " I just needed more time."

At the memorial service, the church was filled with men from the shelter and others from the church able to come and help. It looked like none of Javier's family or friends were coming. Merle was about to begin the service when a woman and man with four children walked in the sanctuary door and proceeded to the front of the church. The woman was supported on each side by what he assumed was her husband and the oldest son. Luke knew this had to be Gabriela and her family. Room was made for them on the first pew. They carefully seated Gabriela, who looked like she could barely stand. She continued to hold the hand of her husband and son tightly.

After the service, Merle introduced himself to the family and offered his sympathy, prayers and support. He asked Gabriela if she wished to have her brother's ashes. She nodded her head to signify yes. Merle, motioned to an usher to bring the urn containing the ashes. The usher handed Gabriela's husband the urn containing the ashes of Javier Mendoza. Gabriela placed her hand upon it and wept. Merle placed a hand upon her and prayed. After the prayer, Gabriela carefully held her head up the best that she could and looked into Merle's eyes.

Gabriela: Thank you for all you have done. We will repay you. I am sorry to put this burden upon you. If I would have known I would have been here to help.

Merle: We were happy to be of help. Don't worry about it.

[Tears began streaming down her cheeks, causing her husband to put his arm around her tightly.]

Gabriela: I'm alright, Miguel. (Sniffing and wiping her nose) Javier never kept his contact numbers current. He always tried to stay estranged from our family. I am the only one who will talk to him, now. (She stopped to think about what she had said.) My neighbors saw the obituary in the newspaper and told my husband, yesterday. Miguel called your church this morning and spoke to Reverend Scott, who told us what happened...what Javier did...

[Gabriela grabbed her husband's hand unable to go on. Merle asked the usher to go and get her some water, but Gabriela declined the offer and went on.]

We were twins and at one time inseparable. I keep asking myself, what happened--what happened? What happened to the brother I knew as a little child? How did he get so lost? When we were thirteen, he started hanging out with kids that did drugs. He was arrested for robbery and sent to the juvenile detention center and when he came out, he joined a gang. Then, he was always fighting and in trouble.

He and Poppy would get in arguments all the time. It broke my mother's heart. Then, after they died and he got out of prison this time, he stayed away from the family because they had given up on him. I told Javier I hadn't...I  LOVED HIM..., but he stayed away from me, too.  He would call from time to time. Maybe he stayed away because I'm married and have a family now and he didn't want to burden me. But Miguel and I always tried to help him. He has beautiful children and one son looks just like Javier did as a little boy. He had so much to live for! (Gabriela had to stop again to gain her composure, but insists on going on talking.)

Narrator: Merle, glanced at the usher, who understood and set off to find Luke. Upon locating him, he filled Luke in on the conversation taking place between Merle and Javier's family and that Javier's sister had requested to see him. Luke felt nervous and tried to calm the butterflies inside his stomach. He was hoping to avoid this meeting. When he had seen Gabriela coming down the aisle, she reminded him so much of Javier, he almost couldn't bear it. But, obediently, he followed the usher back to the sanctuary. Tears filled his eyes as he looked at Javier's nieces and nephews.

[Gabriela began to stand and her husband rose to assist her and make sure she was steady.  She wrapped her arms around Luke's waist tightly and squeezed him.]

Narrator: Luke didn't know what he had done to deserve that or her gratitude. He began to break down in tears. Merle took him by the shoulders and sat him down on an opposite pew to keep him from leaning upon the already weak and fragile Gabriela. Gabriela and her husband walked over to Luke. She sat beside him and held his hand.

Gabriela: My brother called me last month. He told me he was in a safe and good place. He told me about you...how smart you are and how you once were an addict on the streets. He said, "This guy is young, but, he knows what he's talking about." Javier doesn't give many compliments, but I could tell that he liked you.

When he said he had a mentor and he was going to church, I couldn't believe it. He said you were special because you were real, not like any of those fake people--a real Christian and a good minister. I could tell there was something different about Javier, but still I worried. We are twins and we have a special bond. I always knew when something was wrong with Javier, but, this time...this time...

[Gabriela shook her head from side to side, not wanting to start crying all over again. Then, she stopped and looked up at Luke]

I want to thank you for helping Javier.

No, no, no, you must believe me. If only for a moment, Javier was changed! He said that, other than me, mommy and poppy, he had never had anyone care about him and truly, sincerely be interested in helping him like you were.

Please don't blame yourself for what Javier did. No one knew Javier better than me. My brother was fighting demons all of his life with the wrong weapons. He was stubborn and proud, selfish and angry. He rebelled against everything our parents taught us. There was nothing anyone could do when Javier made up his mind. But, when he called me and talked about you, I didn't hear anger in his voice, no, not when he talked about being here. He trusted you. Thank you for the peace you gave him, if only for a short time.

I can see with my own eyes now, you are special and Javier was blessed to meet you. God bless you, Luke.

[She looked up to her husband and over to her children to let them know she was ready to leave.]

Merle: Won't you and your beautiful family stay and eat with us?

Gabriela: Thank you, but I need to rest. I have not slept. Finally, I will take my brother home with me and we'll be together again. I'll come to see you and we'll talk again.

Narrator:Miguel handed Merle a business card, thanked him and gathered his children.  Gabriela leaned over and kissed Luke's forehead. Luke buried his face in his hands upon his lap. Gabriela shook her head in sorrow and empathy.