Take A Day Off!

How Much Would You Pay For Better Health?

On Walking (and Exercise)

When Did Happiness Go Out of Style? 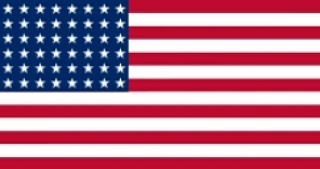 YOUTH, YOUNG MOTHERS AND FATHERS OF AMERICA, WHY STOP FIGHTING BACK NOW?

YOUTH OF AMERICA RISE UP! WILL YOU BE THE GENERATION THAT LET AMERICA DOWN?

THEN, VOTE AND VOTE HILLARY CLINTON!

MAKE SURE ELDERLY AND DISABLED GET TO THE POLLS OR AN ABSENTEE BALLOT!

TALK AND REASON WITH YOUR FRIENDS!

Donald Trump's FIRST priority as president is to set the scene to SEND YOUNG PEOPLE TO WAR, by isolating America, offending and cutting off our allies and aligning America with hostile, enemy nations. He and his supporters want OIL WELLS and money for themselves and to kill Muslims and people of color! WE MAY BE FACING WORLD WAR THREE IF HE IS ELECTED!!!

He is willing to risk your life because it is of NO VALUE to him, especially if you are BLACK, HISPANIC, or MUSLIM. Why? For THE LOVE OF MONEY- -GREED! --And because he is a bigot, racist and a con man, who is incapable of telling the TRUTH because the Truth is not in him. I know this sounds pretty harsh, but this is NOT THE TIME TO WALK ON EGG SHELLS and try not to offend those who support him because of their blindness. Hopefully, this will WAKE THEM UP!!  Metaphorically, there is a TICKING TIME BOMB about to go off right in their faces!

Trump wants to bring MORE  senseless, unnecessary war, to make himself richer and glorify himself and besides, as he put it, HE LOVES WAR, ESPECIALLY WITH NUKES!!! Is this the future you have planned for yourself, fighting a war for racists to exterminate people of color and other religions and to make rich men richer?

THEN, VOTE AND VOTE HILLARY CLINTON!

Do you want your child to be an easy target for white supremacists because Trump's bold racist talk and white supremacist policies will make it legal to extract, imprison and kill people of color and Muslims?

LEGAL? YES LEGAL! We ALREADY KNOW how the LEGAL SYSTEMS FAIL PEOPLE OF COLOR!!  Trump, now, has the largest police organization backing him. Imagine the POWER they will believe they have if Trump and his supporters win the White House! Might it be TRUMP OPEN SEASON to imprison, deport immigrants, or kill Blacks, Hispanics and Muslims?

Then, VOTE AND VOTE HILLARY CLINTON!

If your answer is NO, then, DON'T BELIEVE THE HYPE!!!

RUN TO REGISTER TO VOTE! RUN TO THE POLLS TO VOTE ON ELECTION DAY!! VOTE AND VOTE HILLARY CLINTON!

OBAMA COALITION, there is MORE at stake than voting for the First African-American President! THE FUTURE OF OUR COUNTRY AND DEMOCRACY IS AT STAKE!

MICHELLE AND BARACK OBAMA ARE ALL IN FOR HILLARY AND ALL IN TO CONTINUE TO IMPROVE AMERICA FOR YOU!!

Donald Trump and his supporters are thinking about themselves and not about where their RECKLESSNESS  is going to lead YOU, YOUR FAMILY, NATION AND THE WORLD!!!

Despite what you have heard, Trump's ONLY policy is to DECEIVE THE COUNTRY and he's done a pretty good job of it so far!!!

REPUBLICANS ARE DESPERATE TO HAVE A WAY TO CONTINUE BLOCKING DEMOCRATIC POLICIES AND TO CONTROL THE COURTS! THEY'LL EVEN BACK AN UNQUALIFIED CANDIDATE!

OBAMA DIDN'T  FORGET YOU OR LET YOU DOWN!!! It takes YEARS to lay down legislation and get it passed!  We all know the OPPOSITION, he faced to get ANYTHING done. The SAME OPPOSITION HILLARY CLINTON IS FACING NOW!

CAN WE LET THEM GET AWAY WITH IT AGAIN AND DENY US OPPORTUNITIES?

Although, you may feel that the previous generation has let you down, you stand upon their shoulders to continue to have, life, liberty and the pursuit of happiness. You and your parents stand to lose much of that freedom and opportunity if Donald Trump is elected president!

He keeps saying that we won't have a country if people of color continue to come live in America. What HE'S TRULY WORRIED ABOUT IS THE BROWNING OF AMERICA!!!  One of his supporters Tweeted to others, "WAKE UP AND SMELL THE CHOCOLATE!" This is mild to what some if his other supporters think and speak. Yet, the Trump campaign denies their campaign is racists and would have us believe they don't support or encourage these people.

Trump believes Blacks are uneducated, violent people living in poverty and deplorable conditions within violent neighborhoods, killing and being killed with NO HOPE, waiting for HIM to be their SAVIOR, every Muslim is a potential terrorist and Hispanics are murderers and rapists.

He continues to disrespect and try to delegitimize our first African American president. He demeans our military and generals. He has surrounded himself with staff with alt-right connections, a white supremacy organization. He is supported by the Klu Klux Klan.

WHY DOES TRUMP LOVE PUTIN AND RUSSIA?

He envisions himself as a strong, powerful dictator like Putin and because he wants his businesses to prosper. He has formed alliances with foreign governments who are our enemies. If he is elected, they will be co-rulers influencing decisions to benefit them, putting them in a position to undermine democracy and destroy our country.

There are people who aren't going to vote this election because they feel that it won't make a difference. You may know some of them. They may believe that America, Obama, the political system, schools, banks, businesses, factories, and people around them have failed them, but...

WE CAN'T STOP FIGHTING BACK NOW!!!

TELL THEM TO GO REGISTER TO VOTE AND MAKE SURE TO GET TO THE POLLS!!!

Eight years ago, African Americans PROVED that BLACK LIVES MATTER, when we rallied together as ONE VOICE to elect the First African American President! Yes, sure, go ahead and pat yourself on the back, but IT IS JUST THE BEGINNING OF THE STRUGGLE!!!

Many will say that he wasn't 100% Black, but really, we're all smarter than that. We know that in America a person with any Black blood in them is considered Black, especially a BLACK MAN! President or not, we all have seen him suffer the same prejudice and discrimination as any other Black man or man of color.

Trump showed us how he operates and what he cares about, when he CONNED VETERANS AND THE NEWS MEDIA into giving him a platform TO ADVERTISE HIS NEW HOTEL.

He is a hypocrite in accusing the Clintons of dishonesty, conflict of interest and carelessness. His supporters are too blind to see how they are being used to put money in his pockets.

His campaign manager, Kellyanne Conway NEVER had him on a leash. He always had ulterior motives. She is just too vain, arrogant and money hungry herself to see that this man cannot be controlled and has made her look foolish and deplorable to be trying to elect someone she KNOWS is such an unqualified candidate. Otherwise, she wouldn't have been backing his previous opponent first. She knows he will be reckless and dangerous if he is put in office, if not, she wouldn't have had to tie him to a teleprompter and prevent him from answering questions on His BIRTHER MOVEMENT.

YOUNG PEOPLE, IT IS TIME TO STAND UP FOR YOURSELVES!!! We can't do it alone. WE NEED YOU! YOUR FAMILY AND AMERICA NEEDS YOU TO STEP UP AND BE HEARD!!!

Paid for by the BLOOD that has signed my name

Your servant and soldier, 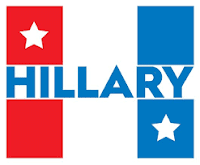 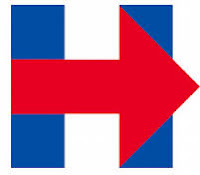 DIFFERENT CHAPTER 6 TELL ME WHAT'S ON MY MIND